AI proves its mettle against humans in protein self-assembly test

November 3, 2022 -- An artificial intelligence (AI) program narrowly beat humans at predicting protein design and self-assembly, a new study reveals. In the experiment, the AI did as good or better on several datasets than humans, demonstrating the potential of machine learning to overcome human bias (Nature Chemistry, October 31, 2022).

A better understanding of protein self-assembly could help scientists design important products for medical and industrial uses, such as artificial human tissue for wounds. Sometimes, proteins self-assemble when something goes wrong, forming deadly biological structures associated with diseases including Alzheimer's and sickle cell.

Because six of the proteins self-assembled, the computer program had a higher guessing percentage (six out of nine versus six out of 11). The humans favored some amino acids over others, which led them to a few incorrect choices.

The AI correctly pointed to some proteins with qualities that didn't make them obvious choices for self-assembly, which opens the door for further exploration and demonstrates the power of AI in predicting protein design.

Machine learning may accelerate solutions to address protein design challenges
Machine learning can be used to create protein molecules much more accurately and quickly than previously possible, with the potential for developing... 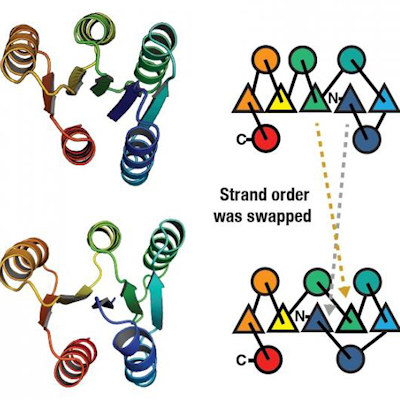 Trial and error help researchers design large 'ideal' proteins
Researchers have designed "ideal" functional proteins using a trial-and-error iterative process that combines computer design and lab experiments based...
Researchers make sweet music with protein design technique
What does protein design have to do with music theory? A group of researchers from Massachusetts Institute of Technology saw commonalities between the...
Building proteins from scratch – how AI is helping advance synthetic biology
A new de novo designed protein – degronLOCKR, is the first completely artificial protein switch that operates within cells. LOCKR (short for...
Copyright © 2022 scienceboard.net