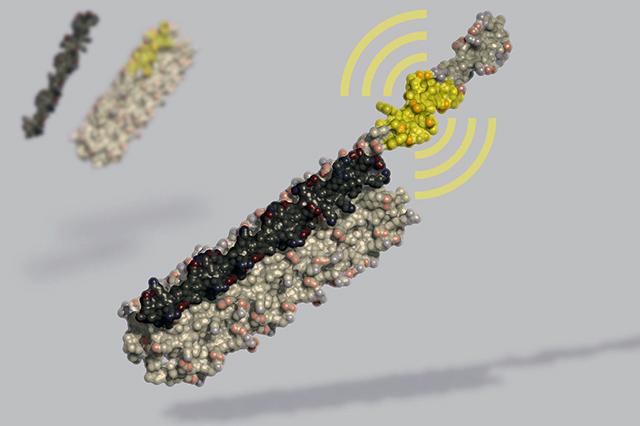 The research team used computational protein design to create self-assembling proteins that present bioactive peptides only upon addition of specific molecular "keys." LOCKR is designed as a five-helix ‘cage’ with a single interface that can interact either intramolecularly with a terminal ‘latch’ helix or intermolecularly with a peptide ‘key’. To test the design, researchers installed LOCKR in yeast and made it degrade a specific cellular protein at a time designated by the researchers.

"LOCKR opens a whole new realm of possibility for programming cells," said Ng, a graduate student at UCSF. "We are now limited more by our imagination and creativity rather than the proteins that nature has evolved."

Last year, Google debuted an algorithm called Alphafold that uses a two-step process to predict protein structure. Scientists are working towards using AI to predict protein arrangement and ultimately dictate protein function. Previously, scientists have only been able to determine protein structure by laboratory techniques such X-ray crystallography. Another scientist, Mohammed AlQuraishi, a biologist at Harvard Medical School in Boston, Massachusetts, has developed a new algorithm that predicts proteins in a single step and within milliseconds, utilizing a neural network based on the design of the human brain. He published his work in Cell Systems and hopes that other will build upon the foundation that he has set. These algorithms have competed in CASP13, the 13th Critical Assessment of Structure Prediction, a biennial competition aimed at predicting the 3D structure of proteins. Eventually, the computational predictions that arise will be powerful and accurate enough to be used in drug design and to better understand disease.

Traditional methods for determining protein structure, like x-ray crystallography, are laborious and scientists cannot predict the shape from the sequence alone. Therefore, scientists have started designing artificial proteins with various functions. De novo protein engineering requires weeks of computational prediction time and months of iteration to determine viable candidates. Why? It’s all about the folding. The multiple forces holding proteins together restrict its shape and require precise angles and bonds to be present to accommodate the forces.

Once protein structure can be predicted, then researchers, can be manipulated to create new structures and shapes. This is where the LOCKR protein comes back into the picture. Complications occur when candidate proteins are put to the test when they must perform a specific function. Complications can include: misaligned structures, structures that do not bind tightly enough, or the placement of side chains is not in the correct position. This is why designing a de novo protein with functionality is truly groundbreaking.

What do you think will be the next breakthrough in protein design?


Do you have a unique prospective on your research related to protein design. The Science Advisory Board wants to highlight your research. Contact the editor today to learn more.