Inflammatory attack comes from an unexpected source in rheumatoid arthritis

February 26, 2020 -- Researchers have pinpointed immune cells called natural killer (NK) cells as an unexpected source of inflammatory proteins that contribute to rheumatoid arthritis. The research was published in the Journal of Experimental Medicine on February 25.

Rheumatoid arthritis (RA) is a chronic inflammatory disease that targets synovial joints. In individuals with the condition, the immune system mistakenly attacks joints, causing pain and long-term joint damage. The disease is characterized by the generation of autoantibodies and cytokine dysregulation, particularly the cytokine called granulocyte-macrophage colony-stimulating factor (GM-CSF).

This protein was originally discovered by researchers at the Walter and Eliza Hall Institute as a growth factor for blood cells, but it recently has been recognized as a mediator of autoimmune diseases. GM-CSF can be produced by several cell types, including both hematopoietic and nonhematopoietic cells, depending on the inflammatory context and environmental triggers.

"Although we knew that GM-CSF signaling was important in joint inflammation, which cells were producing GM-CSF within joints, and how this protein signaled after binding to its receptor on other immune cells, was not well understood," said Ian Wicks, PhD, team co-leader and professor at the University of Melbourne, in a statement.

To determine which cells produce GM-CSF during a type of arthritis called T cell-independent, autoantibody-mediated serum transfer-induced arthritis (STIA), the researchers used a GM-CSF reporter mouse model to monitor GM-CSF expression at the single-cell level. They found that nearly all cells that expressed GM-CSF-positive signals were NK cells of nonhematopoietic origin. These results indicated that NK cells are recruited to inflamed joints and produce GM-CSF during STIA.

"This was a surprise because, until now, NK cells were thought to primarily be important for clearing virus-infected or cancer cells," said Dr. Cynthia Louis, study co-leader and researcher at the Walter and Eliza Hall Institute. "This is the first time NK cells have been found to contribute to tissue inflammation in autoimmune diseases such as rheumatoid arthritis. As well as looking at our laboratory model of arthritis, we examined cells from the joints of people with rheumatoid arthritis and confirmed that NK cells are indeed a significant source of GM-CSF in patients." 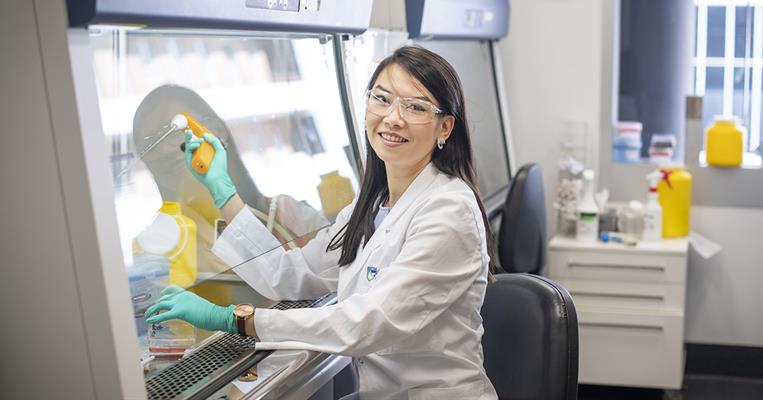 Filling in the gaps

To explore if NK-derived GM-CSF contributes to the pathogenesis of STIA, the researchers generated a transgenic mouse line to allow specific GM-CSF deletion in STIA-induced mice. Depletion of GM-CSF was sufficient to slow the progression of STIA, suggesting that the cytokine-producing function of NK cells promotes STIA. They also found that GM-CSF production by synovial NK cells was regulated by IL-18.

"In the absence of CIS, we saw hyperactivation of GM-CSF signaling and more severe arthritis," Louis said.

Opening the door to new therapies

Several novel therapies may be possible as a result of this study. Potential strategies include modulating NK cells to control their impact on tissue inflammation, IL-18 inhibition, and CIS mimics.

"This research showed that if a new drug that mimics CIS were to be developed, it may help to reduce the debilitating effects of GM-CSF in rheumatoid arthritis but also in other inflammatory diseases driven by GM-CSF, such as multiple sclerosis," Louis said.


Do you have a unique perspective on your research related to immunology or chronic disease research? Contact the editor today to learn more.