Such diseases include age-related macular degeneration (AMD), the initiation and progression of which to advanced dry and wet stages remain poorly understood, partly due to a lack of relevant human models.

AMD begins in the outer blood-retina barrier -- eye tissue that supports the retina's light-sensing photoreceptors. The outer blood-retina barrier consists of the retinal pigment epithelium (RPE), which is separated from the blood-vessel rich choriocapillaris by Bruch's membrane, which regulates the exchange of nutrients and waste between the choriocapillaris on one side and the RPE on the other.

The team addressed technical challenges including generating a biodegradable scaffold on which they could print and achieving a consistent printing pattern. They developed a temperature-sensitive hydrogel that formed distinct rows when cold but dissolved when the gel warmed. Good row consistency enabled a precise system of quantifying tissue structures.

The researchers then printed a combination of cells to form the outer blood-retina barrier. Using an optimized cell mixture ratio, they combined three immature choroidal cell types in the hydrogel: pericytes and endothelial cells, which are key components of capillaries, and fibroblasts, which provide tissue structure. They then printed the gel onto the biodegradable scaffold. The cells began maturing into a dense capillary network within days.

On day nine, they seeded retinal pigment epithelial cells on the reverse side of the scaffold. The printed tissue reached maturity on day 42.

Under induced stress, the printed tissue exhibited patterns of early AMD, including drusen deposits underneath the RPE and progression to late dry-stage AMD and tissue degradation. Low oxygen conditions induced a wet AMD-like appearance, with over-proliferation of choroidal vessels that migrated into the sub-RPE zone. Drugs used to treat AMD suppressed this vessel overgrowth and migration and restored tissue morphology.

The technique may provide a theoretically unlimited supply of patient-derived tissue to study retinal diseases, along with a physiologically relevant model for studying RPE–choriocapillaris interactions under healthy and diseased conditions. The researchers are currently experimenting with adding additional cell types, such as immune cells, to the printing process to better recapitulate native tissue. 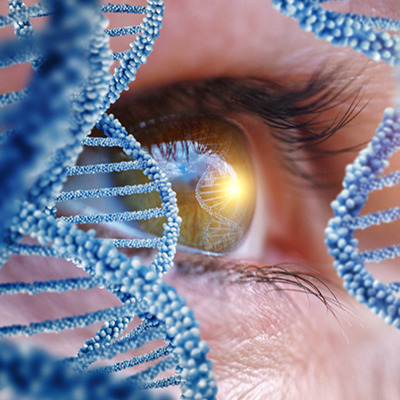 NEI scientists learn how eye protein converts vitamin A
A new gene-function discovery could lead to potential treatments for vision disorders as it converts vitamin A into a usable form, National Eye Institute... 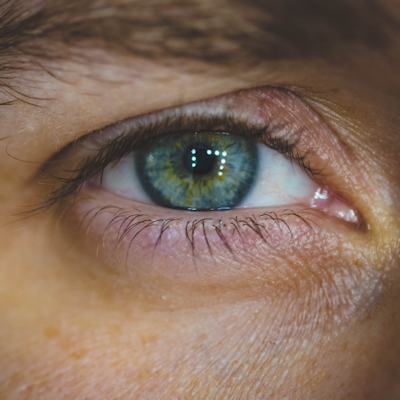