September 7, 2022 -- Advances in the modeling of protein-ligand interactions are needed to realize the potential of the AlphaFold database of protein structure predictions in drug discovery, according to a new paper from researchers at the Massachusetts Institute of Technology (MIT).

In their study, published September 6 in the journal Molecular Systems Biology, MIT researchers used protein structures generated by the artificial intelligence (AI) software AlphaFold to investigate whether existing computational models could identify the mechanisms of action of antibacterial compounds.

The AlphaFold database, which DeepMind, a sibling company of Google, created with the European Molecular Biology Laboratory's European Bioinformatics Institute (EMBL-EBI), contains predictions of the 3D structures of proteins generated using AI. Having recently grown to cover more than 200 million structures, representing nearly all cataloged proteins, the database has the potential to support the discovery of new drug candidates.

To explore the idea, the researchers studied the interactions of 296 essential proteins from Escherichia coli with 218 antibacterial compounds, including antibiotics such as tetracycline, using molecular docking simulations. The simulations are designed to use the structures of molecules to predict how strongly they will bind.

The shortcomings of the simulations were revealed by comparing the results to the results of laboratory experiments for 12 essential proteins. The simulations delivered similar rates of true and false positives, suggesting that the model was unable to consistently tell if a molecule will bind tightly to a target. The findings point to the need to support AlphaFold with advances in other areas of in silico drug discovery.

"Breakthroughs such as AlphaFold are expanding the possibilities for in silico drug discovery efforts, but these developments need to be coupled with additional advances in other aspects of modeling that are part of drug discovery efforts. Our study speaks to both the current abilities and the current limitations of computational platforms for drug discovery," James Collins, PhD, the MIT professor of medical engineering and science who led the research, said in a statement.

Collins and his collaborators improved the performance of the model using machine learning. Using four additional machine-learning models, the researchers enhanced the structures with information on the chemical and physical properties of the known interactions.

While the changes increased the simulation's ratio of true to false positives, the researchers contend further improvements are needed before the modeling can be used to identify new drugs. Training models on more data, such as details of the biophysical and biochemical properties of proteins and their different conformations, could lead to more accurate predictions of protein-ligand interactions.

"AlphaFold appears to do roughly as well as experimentally determined structures, but we need to do a better job with molecular docking models if we're going to utilize AlphaFold effectively and extensively in drug discovery," Collins said. 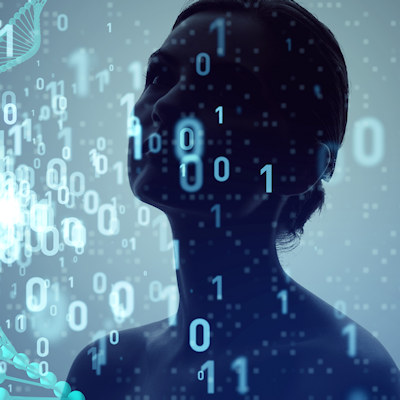