April 17, 2020 -- A new paper published in the International Journal of Systematic and Evolutionary Microbiology proposes major changes to the classification and naming of Lactobacillus probiotics based on new information gained by modern DNA analysis tools.

Probiotics is a term that describes a variety of different microorganisms that confer health benefits. The genera Lactobacillus contains 261 species of bacteria that are named based on their unique characteristics.

For example, the early taxonomy of lactobacilli was based on optimal growth temperature, sugar utilization, and the metabolites they produced. However, with new tools in the 20th century -- including genotypic and chemotaxonomic criteria including DNA-DNA hybridization, the mol% G+C content, and the chemical structure of the peptidoglycan -- bacterial species can be further classified and delineated.

Within the last 15 years, bacterial genome sequencing has become widely available and the average nucleotide identity (ANI) values of genes shared between two bacterial genomes has been instilled as the gold standard for demarking new bacterial species.

Genotypic methods such as 16S rRNA-based phylogeny have exposed the extensive genetic diversity of the genus Lactobacillus. The greater resolution of core genome phylogeny has established distinct clades characterized by common phenotypic and ecological traits.

Although the current taxonomy is accepted by regulatory groups and the medical, food, and health industries, some scientists believe that the current standards undermine the full ecology, physiology, and evolution of Lactobacilli bacteria.

Therefore, an international group of researchers reevaluated the genetic relatedness of the genus Lactobacillus and proposed 23 novel genera. They used amino acid identity (AAI) as a threshold to classify genera as different from one another. The following criteria were used to delineate novel genera in decreasing order of priority: 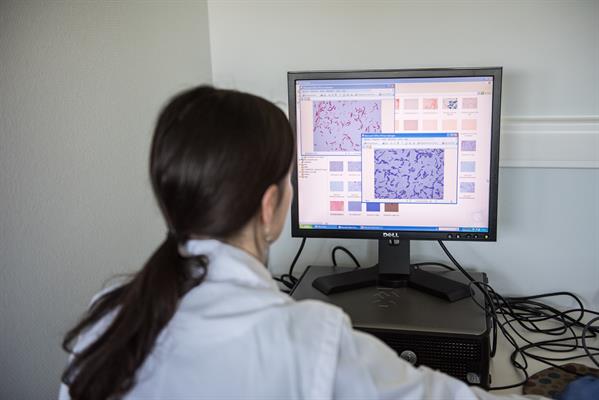 A scientist in the Belgian lab of Dr. Sarah Lebeer, co-author of the new lactobacillus taxonomy paper. Image courtesy of Ben Van den Broecke and the International Journal of Systematic and Evolutionary Microbiology .

The proposal was accepted by the official journal of record for bacterial names -- the International Journal of Systematic and Evolutionary Microbiology. The authors, who are associated with the International Scientific Association for Probiotics and Prebiotics, have created a website where the previous names and the new names of the bacteria can be searched.


Do you have a unique perspective on your research related to evolutionary biology or bacteriology? Contact the editor today to learn more.

If you like this content, please share it with a colleague!
Related Reading
Phages containing huge amounts of DNA are found around the globe
An inventory of over 350 DNA sequences from phage genomes revealed that these genomes can be over 200,000 base pairs in length and found the largest phage...
DNA Metabarcoding used to analyze human diet
A collaborative study from US researchers demonstrates that DNA metabarcoding has promise for characterization of human diets. The research, which was...
Profiling of gut microbiome now possible with new 3D printed pill
Researchers at Tufts University have designed an ingestible, biocompatible, battery-less, 3D-printed micro-engineered pill that will enable them to non-invasively...
Understanding the role of active microbes in soil may now be possible due to new technology
Researchers use bioorthogonal non-canonical amino-acid tagging (BONCAT) to successfully isolate active microbes present in soil samples.
Copyright © 2020 scienceboard.net