December 21, 2018 -- In today’s post, we’ll uncover a few ways to analyze the visual and molecular characteristics of a sample. Color measurement technology comprises a multitude of closely related instruments and photometric techniques that analyze the properties of a sample in terms of color, brightness, and other visual characteristics. Fluorescent-based techniques provide a wealth of information about a sample's atomic and molecular characteristics. I’ll discuss color measurement first, then describe the fluorescent technologies second. 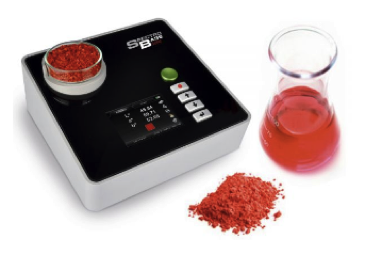 The most common application for color measurement instruments is the analysis of solid and printed materials. However, other suitable devices may also be used to analyze liquid, slurries, powders, and more. It is important to note, filter photometers measure concentration in liquid samples contained in cuvettes while colorimeters are specifically used for the analysis of the color of the sample itself. Such measurements are based upon a predetermined color standard that has been developed to model color as perceived by the human eye.

Color spectrophotometers use photometers to measure the intensity of the transmittance and/or reflectance of a light beam as a function of its wavelength. To achieve this, most devices will fracture the visible spectrum into discrete bands and compare the transmittance and/or reflectance of each band as it interacts with the sample and a standard. The intensity of the distinct beams from the sample and standard are then analyzed and used to generate linear transmission and/or absorbance/concentration values. Spectroradiometers, which do not include an integrated light source, are another variation on the spectrophotometer. Colorimeters use fixed filters to collect the intensity of the three-color spaces. 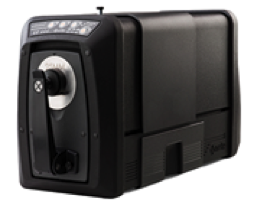 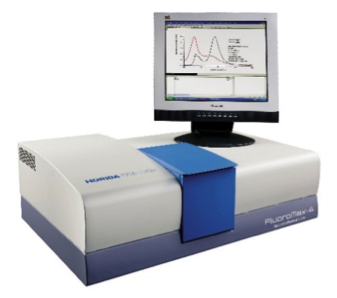 Since this technology uses two wavelengths, it is extremely specific. In fact, the exact combinations of complex molecules with only slight differences in their molecular structures can be detected by fluorescence spectroscopy. Also, due to the isotopic nature of the fluorescent phenomenon, the emitted light can be captured orthogonally to the excitation light, resulting in a more dynamic range for detectors, and augmented sensitivity.

Both color measurement, fluorescence, and luminescence can be used in the identification and classification of a sample. It is ultimately up to the user which technology will work best for their field of research.

Have you used any of these mentioned techniques in your research? What did you perceive to be a pro or a con of the technology? Start the discussion below!