July 25, 2018 -- A major buzzword in the science world recently has been CRISPR: short for Clustered Regularly Interspaced Short Palindromic Repeats. This is a simple, yet powerful genome-editing technique that has recently taken the scientific community by storm. When coupled with the Cas9 protein, the technology allows for specific changes (addition, modification, and deletions) to be made to the DNA of humans, animals, and plants, thereby offering a tremendous potential in a wide array of applications from agriculture biotechnology to therapeutics. 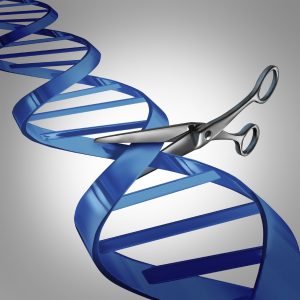 The CRISPR/Cas9 system is comprised of two key components, a guide RNA (gRNA) and a non-specific CRISPR-associated endonuclease (Cas9). The gRNA is deliberately designed synthetic RNA (about 20 base pairs long) composed of CRISPR RNA (crRNA) and a trans-activated crRNA (trRNA), which guides the Cas9 nucleases to make desired edits at specific genomic locations. Once the gRNA-Cas9 complex is guided to the unique target sequence in the cell, the Cas9 endonuclease cleaves the DNA if the gRNA anneals sufficiently to the target sequence.

Since it is a relatively simple and flexible technology, CRISPR/Cas9 has been widely used in various applications in academia, biotechnology, pharmaceuticals and applied markets. Some prominent applications of the CRISPR/Cas9 technology include disease research, development of model organisms, drug identification/validation, gene therapy, stem cell research, agricultural biotechnology and CRISPR-based therapeutics. 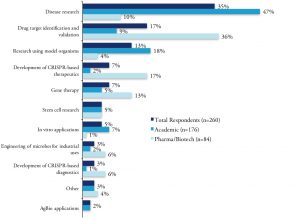 Primary Research Focus of the Respondents to Bioinformatics’ Survey 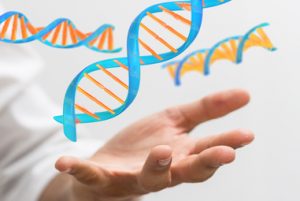 Over time, variants of the Cas9 protein have been developed as the scientific community has explored its various applications and adapted it for their needs. The most common variant, SpCas9, was developed by the Zhang Lab at MIT and is employed for standard gene knockouts. However, concerns over accuracy have resulted in specificity-enhanced Cas9 variants, such as the Cas9-nickase (Cas9n) or dCas9-Fokl. Another unique aspect of Cas9 is its ability to target DNA independent of its ability to cleave target DNA. This means that so-called nuclease dead Cas9 (dCas9) can be used as a means of delivering molecular cargo, such as a transcriptional activator or suppressor, to a specific DNA locus without damaging the DNA itself.

Cas9 variants are an important part of the technology. Due to the nascent nature of the technology, numerous variations on the CRISPR/Cas9 system are likely still waiting to be developed and patented, leaving the door open for suppliers to broaden their CRISPR/Cas9 product offerings.

combination of CRISPR with other genome-editing techniques, such as Zinc-Finger Nucleases (ZFN) and RNA interference (RNAi). Such developments are aimed at enhancing CRISPR’s accuracy and reduce off-target effects.

Recently, CRISPR/Cas9 has been employed to fix a genetic mutation in viable human embryos. The study, conducted by an international team of researchers, corrected the heritable mutation that otherwise results in hypertrophic cardiomyopathy — the leading cause of death in young athletes.

Although still in its early stage, CRISPR/Cas9 technology has received a great deal of interest and investment from financial and industrial sectors. Recent notable market events include the $94.4 million IPO by CRISPR-related gene editing company Editas in February 2016. In march of the same year, the company inked a $90 million upfront deal with Allergan for the pharmaceutical company to license a maximum of five preclinical programs for eye disease. CRISPR Therapeutics AG has raised almost $140 million, raising $94 million in 2016 alone. The company also partnered with Bayer to establish the joint research venture Casebia Therapeutics, which is dedicated to commercializing therapeutics to cure blood disorders, blindness and congenital heart disease. In May 2016, the Novartis-backed start-up Intellia Therapeutics raised $108m in its IPO.

Due to the level of private investment coupled with increased public sector funding, we believe the market for products to support CRISPR-based research will grow by an astonishing 45% by 2021. This growth can be attributed to the improved funding for CRISPR-based research by the NIH and other organizations, along with a constantly growing use of CRISPR tools by CROs in order to produce genetically engineered mice for research purposes. Recently trending developments in the technology involve the requirement of two binding events (proximal-CRISPR) or combining CRISPR with other technologies such as Zinc-Finger Nucleases (ZFN) and RNA interference (RNAi) in order to increase CRISPR’s accuracy and reduce its off-target effects.

Following CRISPR gene modification, techniques such as NGS and droplet digital PCR (ddPCR) must be applied to analyze and confirm results of the gene modifications – making this market a segment of critical importance of Bio-Rad, Illumina, Pacific Biosciences, Roche, and Thermo Fisher Scientific. NGS and ddPCR also provide the basis for understanding cellular gene sequences before specific CRISPR modifications can be proposed. Such analysis thereby permits the application of CRISPR/Cas9 technology to a large number of tissue and cell types, starting with stable cell lines, and progressing all the way to stem cells, or even in real time, patient-derived cancer cells. In addition, gene delivery tools such as transfection systems or retroviruses, plasmids, expression vectors and bioinformatics tools are also utilized in a complementary manner for targeted delivery, designing gRNAs and conducting CRISPR experiments. As a result, this market segment is also of great interest to a wide variety of suppliers including Agilent Technologies, Dharmacon (now part of Horizon Discovery), Integrated DNA Technologies (IDT), Jackson Laboratory, Origene, New England Biolabs and many others.

We at The Science Advisory Board look forward to following this technology into the future and reporting back to our members on the many positive implications it will have in our industry.

Where do you see CRISPR in the future? Share your thoughts below, in Forums!