Their work, details of which were published November 17 in the journal Nucleic Acids Research, builds on the characterization of transposon-encoded and nuclease-deficient CRISPR-Cas systems. CRISPR-Cas systems generally provide adaptive immunity in prokaryotes by degrading foreign genetic elements such as bacteriophages. The recent characterization showed the systems are co-opted by Tn7-like transposons for CRISPR RNA-guided DNA transposition.

Rodolphe Barrangou, PhD, professor of food, bioprocessing, and nutrition sciences at North Carolina State University, explained how he and his collaborators used those natural processes to expand the genome engineering toolkit.

"In nature, transposons have co-opted CRISPR systems to, selfishly, move themselves around an organism's genome to help themselves survive. We're in turn co-opting what occurs in nature by integrating with transposons a programmable CRISPR-Cas system that can move around genetic cargo that we design to perform some function," Barrangou, the corresponding author of the paper, said in a November 21 statement.

Applied to genome engineering, the CRISPR-Cas systems and their associated transposon proteins can be used for site-specific integration of cargo DNA. The approach bypasses the need for DNA cleavage and homology-directed repair involving endogenous repair machinery.

Barrangou and his collaborators chose and tested a diverse set of type I-F3 CRISPR-associated transposon systems derived from Gammaproteobacteria. The tests found that the 10 CRISPR systems have "a significant range of integration efficiencies with regards to temperature, transposon size, and flexible [protospacer adjacent motif] requirements," but all of the systems were functional.

Using the systems, the researchers engineered genomes by moving sequences of up to 10,000 letters of DNA in Escherichia coli. Bioinformatic data on the natural use of transposon-based CRISPR suggests the ceiling of the system is higher, with examples of up to 100,000 genetic letters existing. The paper shows scientists can control and engineer the system for their own ends. Gaining that control could provide new genome engineering opportunities.

"Instead of just one gene -- as is the case with other CRISPR systems like the more familiar Type II Cas-9 system -- we can bring in a whole metabolic pathway to incorporate a whole new set of functions to an organism," Barrangou said. "In the future, that could mean providing more flexible disease resistance or drought resistance to plants, for example."

Syngenta Seeds, which provided funding for the work, plans to apply the technology to crop plants to accelerate the development of more resilient, higher-yielding varieties. However, researchers contend that their findings "could have significant implications in the manipulation of bacteria and other organisms at a time of need for flexible genome editing" in biotechnology and therapeutics. 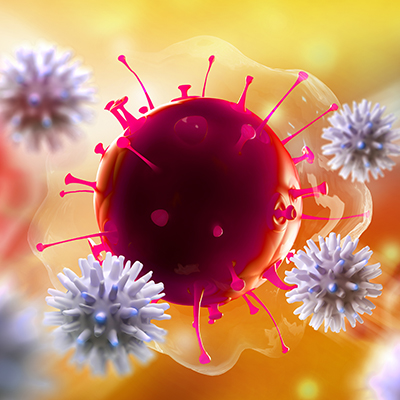