What Scientists Want from CRISPR Companies

June 19, 2018 -- Laboratories around the world are adopting the CRISPR/Cas9 genome editing technique for their research. Whether to engineer better cell lines for drug development or repair mutations that cause genetic diseases, researchers have only begun to tap into the tremendous potential that CRISPR/Cas9 promises. Consequently, the genome editing market, of which CRISPR/Cas9 already accounts for more than half, is poised to expand rapidly over the coming years.

We surveyed our members in order to learn more about their brand awareness and usage, product preferences, lab spending by vendor as well as customer satisfaction and loyalty. 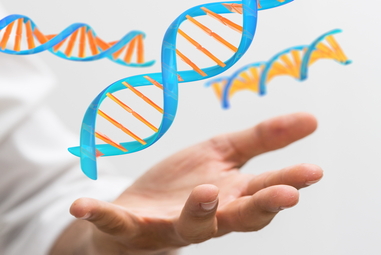 The growth of the CRISPR/Cas9 market can be largely attributed to an improved funding landscape. The NIH and other organizations have increased their funding for CRISPR-focused research. Federal funding for CRISPR-related research has radically increased, with NIH funding for the field jumping from $5.1 million in FY11 to $603 million in FY16. CRISPR-related research papers also greatly increased, rising from 86 in 2011 to 2,162 in 2016. On the commercial side, contract research organizations (CROs) have increased their use of the technique to genetically engineer model animals and cell lines for research purposes.

The majority of our members rely on the products and services of AddGene, Integrated DNA Technologies (IDT) and Thermo Fisher Scientific for their CRISPR/Cas9 research. Currently over half of the market is fragmented amongst many companies.

The CRISPR/Cas9 market is also characterized by significant innovation. UK-based Horizon Discovery announced in May that it acquired the rights to use a Helitron transposon-based technology platform to build upon its existing gene editing capabilities. The technology platform was co-invented by Tilmann Buerckstuemmer, Ph.D., head of Innovation at Horizon Discovery. According to the company, Horizon’s platform enables extremely efficient DNA delivery into a genome, making it a highly useful tool in applications such as cell engineering and therapy, as well as gene therapy. The Helitron-based platform enables a unique method of transferring and delivering DNA. While the majority of transposon-based platforms utilize a “cut and paste” mechanism to transfer DNA, Horizon’s platform uses a “copy and paste” method, allowing users to integrate many copies of a single DNA sequence that are then incorporated into the genome.

In April, MilliporeSigma published a paper in Nature Communications, on proximal CRISPR (proxy-CRISPR), in which various CRISPR-Cas systems are discussed, including the hypothesis that type II-B FnCas9 from Francisella novicida has the “ability to access target sites in certain mammalian chromatin contexts.” FnCas9, as used in the proxy-CRISPR technique, specifically helps with common CRISPR challenges, such as off-target effects, by requiring two CRISPR DNA binding events for cutting, making the proxy-CRISPR method much more target specific. “The requirement for two binding events doubles the size of the DNA target sequence, making it exponentially more unique,” Martha S. Rook, Ph.D., head of Gene Editing & Novel Modalities at MilliporeSigma told us.

The Limitation of Off Target Effects

Despite the ease of use and incredible versatility of CRISPR/Cas9 genome editing, some of the members of the scientific community have expressed they are wary of the limitations of the approach and the deleterious impact of off-target effects. CRISPR/Cas9, while highly specific, is known to cause unintended changes to the genome, thereby mitigating its efficacy and preventing its commercialization as a therapeutic. 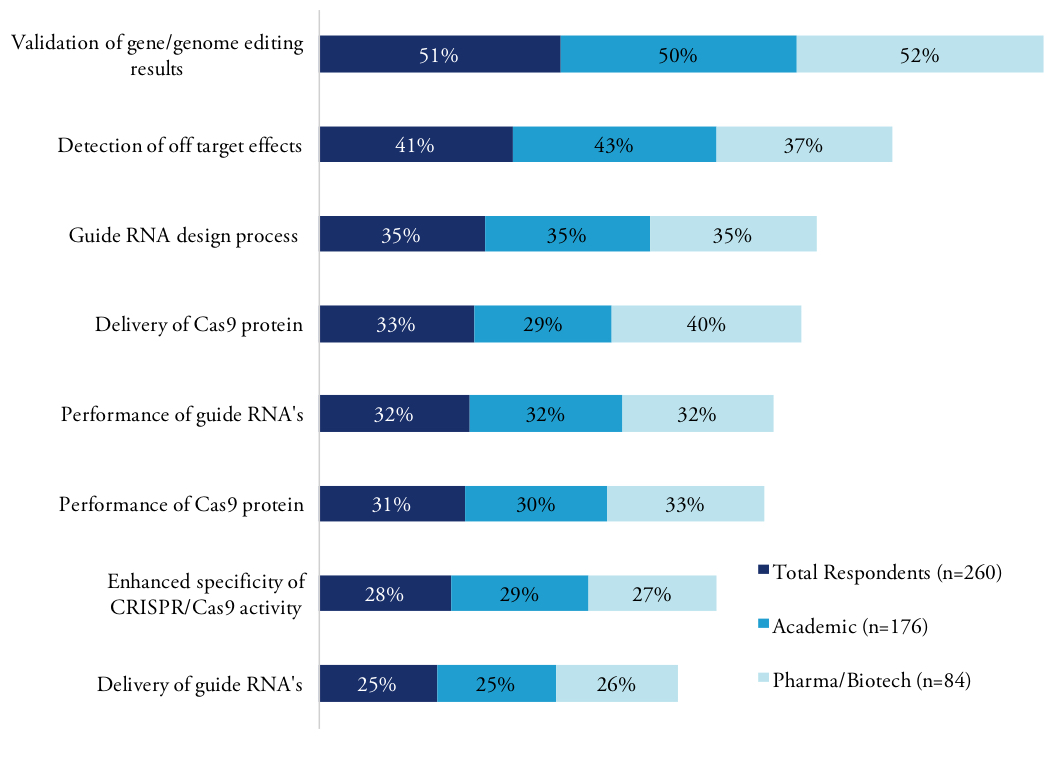 When asked about a recent Nature article that reported higher than anticipated off-target effects and whether the report would impact their research, one scientist had this to say:

"The problem of off-target effects keeps us from using CRISPR editing for more experiments. While the knock-out of a gene by CRISPR is fast and straight-forward, testing for (and excluding) off-target effects is time-consuming and expensive."

"It will not change how the lab currently uses CRISPR/Cas9. However, we have been aware of off-target effects and are skeptical of it as a therapeutic. We acknowledge that this is how the field is trending and are using it anyway."

"I have always been concerned about the off-target effects, it is a pretty similar situation to RNAi. I anticipate that despite this there will be an increase in CRISPR use in the future."

And finally, a fourth noted:

"We certainly noticed off-target effects with our studies too, but this technology is the best so far. We have to be competitive in using it."

According to our members, wariness of the potential for off-target effects will not limit their use of the technology. Quite the opposite. The study suggests they will increase their usage and continue to buy products and services, diligently working toward the day when such limitations are overcome.

What are your thoughts on CRISPR/Cas9 technology? Join the discussion below!