Can antibodies to seasonal coronaviruses protect against SARS-CoV-2?

January 20, 2021 -- COVID-19 is not the world's first exposure to a coronavirus. With at least six previous exposures to various types of coronaviruses, researchers are exploring if antibodies created during earlier infection with coronaviruses can help to fight off SARS-CoV-2 infection. The findings of the study were published in Cell Reports Medicine on January 19.

The Coronaviridae family includes four species/strains that are endemic in the human population -- HCoV-229E, HCoV-NL63, HCoV-HKU1, and HCoV-OC43 -- and are usually associated with mild, self-limiting upper respiratory tract infections. More recently, MERS-CoV and SARS-CoV have emerged and caused severe disease in humans.

Researchers from Northern Arizona University (NAU) and the Translational Genomics Research Institute (TGen), an affiliate of City of Hope, conducted a study that sought to understand how coronaviruses stimulate the human immune system and conduct a deeper dive on the inner workings of the antibody response. To do this, they used epitope-level assays that have the potential to provide additional information about immune cross-reactivity between other coronavirus strains and SARS-CoV-2.

The researchers used a synthetic biology approach called PepSeq to resolve antibody responses to a range of human-infecting coronaviruses. The novel technology platform is being developed by teams at TGen and NAU and allows for the construction of highly diverse peptide libraries bound to DNA barcodes, which can be used to probe antibodies in a high-throughput manner.

"The data generated using PepSeq allowed for broad characterization of the antibody response in individuals recently infected with SARS-CoV-2 compared with those of individuals exposed only to previous coronaviruses that now are widespread in human populations," said lead author, Jason Ladner, PhD, an assistant professor at NAU's Pathogen and Microbiome Institute, in a statement.

The researchers hypothesized that cross-reactivity of antibodies can be explained by exposure to conserved protein regions of related endemic human coronaviruses. They compared SARS-CoV-2 reactivity profiles with patterns of peptides from the second constructed peptide library which included endemic human coronavirus strains. They found that three epitopes -- FP, HR2, N166 -- were strongly correlated to SARS-CoV-2 response.

"Our findings highlight sites at which the SARS-CoV-2 response appears to be shaped by previous coronavirus exposures, and which have potential to raise broadly-neutralizing antibodies," said senior author, John Altin, PhD, assistant professor in TGen's infectious disease branch. "We further demonstrate that these cross-reactive antibodies preferentially bind to endemic coronavirus peptides, suggesting that the response to SARS-CoV-2 at these regions may be constrained by previous coronavirus exposure."

These identified epitopes hold promise for use in both diagnostics and functional characterization assays. In the future, focus on the reactivity of epitopes within the S2 subunit of the spike protein may help improve detection of coronavirus exposure, rather than as a specific indication of SARS-CoV-2 infection.

"Our results suggest that the COVID-19 virus may awaken an antibody response that existed in humans prior to our current pandemic, meaning that we might already have some degree of preexisting immunity to this virus." noted Altin.

Prior infections with endemic coronaviruses, such as HCoV-OC43 and HCoV-229E, have likely primed responses to these regions and may explain the immunodominance of these epitopes.

The epitopes also have implications in the development of therapeutic antibodies and vaccines. The researchers suggested that inclusion of the spike protein's HR2 and FP sites will induce a broader array of neutralizing reactivities, may be more capable of recruiting preexisting memory B cells, and may be less prone to viral escape. They also suggested that these regions should be good candidates for the development of broadly neutralizing cross-reacting antibodies against coronaviruses.

"Our findings raise the possibility that the nature of an individual's antibody response to prior endemic coronavirus infection may impact the course of COVID-19 disease," closed Ladner. 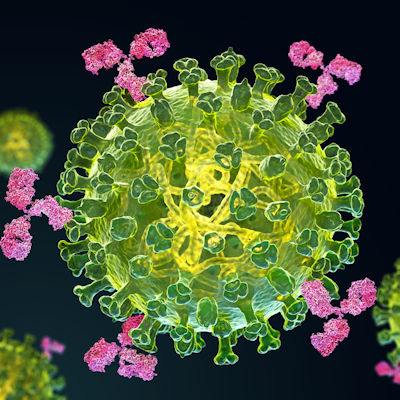 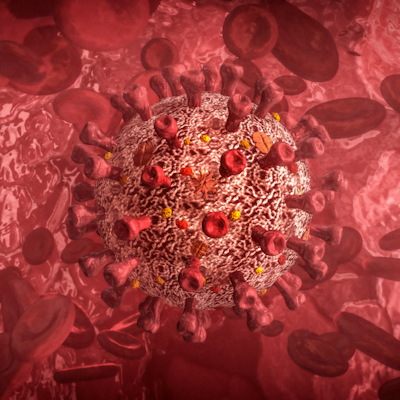 Passive vaccines with mAbs may be effective for COVID-19
Monoclonal antibodies (mAbs) isolated from the blood of recovered COVID-19 patients -- known colloquially as "convalescent plasma" -- could be potentially...