August 17, 2020 -- A microbe-based therapeutics platform that has been in development for nearly 30 years is gaining traction for the treatment of inflammatory and autoimmune diseases. The company that is developing the platform, Precigen ActoBio, is advancing a lead candidate through clinical trials with the long-term goal of finding a sweet spot between biologics and gene therapies.

In an interview with The Science Advisory Board, Pieter Rottiers, PhD, CEO of Precigen ActoBio, described the company's development of the platform, including encouraging clinical results for type I diabetes.

On August 10, the company announced that its candidate, Ag019, which utilizes Lactococcus lactis as a platform for delivering therapeutic agents in the gastrointestinal tract, has been demonstrated in phase IB clinical trial to be a safe and tolerable monotherapy for the treatment of type I diabetes. The phase IIA portion of the study is ongoing, investigating the safety and tolerability of Ag019 in combination with teplizumab (Prv-031).

Ag019 is formulated in an oral capsule consisting of engineered L. lactis specifically modified to deliver autoantigen human proinsulin (hPINS) and the tolerance-enhancing cytokine human interleukin-10 (hIL-10) to the mucosal lining of the gastrointestinal tissues.

Building a factory within the GI tract 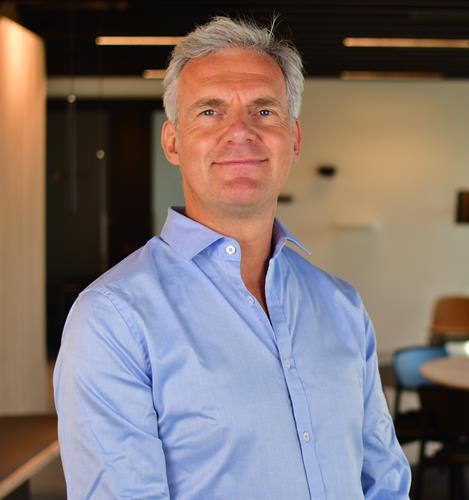 To overcome challenges with extraction and purification from E. coli, Steidler switched to using the gram-positive L. lactis, which secretes cytokines in an active form and can be collected from supernatant. Rather than purifying these proteins, Steidler continued to work on developing a system where cytokines could be produced by L. lactis in the GI tract.

Meanwhile, across campus, Rottiers was working on his dissertation, studying the use of cytokines for cancer treatment. When Rottiers became a primary investigator at the Flanders Institute for Biotechnology/Ghent University, he joined forces with Steidler to begin expanding on the applications of L. lactis for use in inflammatory and autoimmune diseases. Together, they sought to generate L. lactis-secreting cytokines or antigens and use them to dampen inflammation or reprogram the immune system.

"You build a factory that secretes cytokines at the sites where you need to have [them] -- in the GI tract where you have the inflammation," Rottiers explained.

Finding the sweet spot between biologics and gene therapies

The next milestone in the company's development of the platform was creating clinical strains of the bacteria that could be approved by regulatory agencies. They built a "suicide" system into the bacterial strain to prevent accumulation in the environment, which replaced thymidylate synthase gene thyA -- at the time with synthetic human IL-10 gene -- to cause cell death in the absence of thymidine or thymine.

As for classification with regulatory agencies, Rottiers explains that the platform is not quite a biologic but is not a gene therapy either. Instead, it is somewhere in between. They gained an understanding of how they needed to apply for proper regulatory approval and were able to launch several clinical studies for various indications where they demonstrated the safety of the platform.

According to Rottiers, the platform differentiates itself by its safety profile, which is attributed to the properties of the bacteria itself. L. lactis is a nonhuman colonizing, nonhuman commensal organism, and this gives researchers the opportunity to exactly control dosage and exposure to the bacteria (and its payload) within subjects. The platform is also able to deliver therapies locally, where they are needed, without systemic exposure and with optimal oral bioavailability.

"We were one of the first to approach regulators from both sides of the Atlantic -- the FDA as well as several European authorities -- with a new concept: a live, genetically modified bacteria to be used for human purposes," Rottiers said.

Now, the company has established good manufacturing practice processes that are sufficient to support phase II/III clinical trials and are scalable for commercial supply. Rottiers explains that the manufacturing process is quite simple and generic, which helps accelerate process development and means that new ideas can easily reach the clinic within 18 months.

The process involves incorporating multiple therapeutic sequences that correlate to multiple specific proteins directly into the chromosome without the need for plasmids. Bulk biomass is produced under strictly monitored conditions in a fermentation vessel, and subsequently concentrated to obtain active pharmaceutical ingredients, which are then formulated into capsules or topical solution.

The next generation of products to be developed by the company fall into three main categories:

The company has chosen to first work on developing a product for the treatment of type I diabetes, but Rottiers said that Precigen ActoBio has many other programs in its pipeline.

"It was a long journey with a lot of bumps on the road, but I think it's fair to say that we have a clear understanding and regulatory acceptance of our microbe-based therapeutic platform with therapeutic applications across a broad set of diseases," said Rottiers.