May 5, 2019 -- This week The Science Advisory Board will begin our Mass Spectrometry series. A mass spectrometer (MS), known as a mass spec, is an instrument that can measure the mass of different molecules within a sample. The mass spec can take a chemical compound and convert it from a molecule into ions. These ions are then separated according to their mass to charge ratio, and finally the abundance of each ion is measured. There are numerous types of MS systems, but all have six major components: the inlet system, ionization system, a vacuum system, mass analyzer, ion detector and a data handling system. 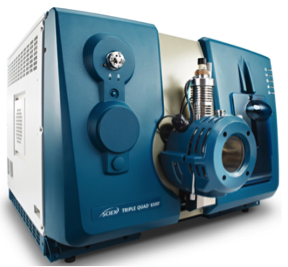 Today we’ll uncover the Quadrupole LC/MS technology. A quadrupole mass analyzer consists of four parallel rods connected diagonally in pairs that form the four sides of a rectangle. A fixed direct current and alternating current are applied to the rods. The quadrupole is selective in that only ions of a particular m/z ratio travel through the quadrupole and be detected. The rest are deflected. Essentially, the quadrupole is effectively functioning as a mass filter.

There are two types of quadrupole systems available for use: the single quad and the triple quad. The single quad system is simple, as it uses only one quadrupole mass analyzer to separate the ions. The triple quad LC/MS system may also be referred to as a tandem LC/MS system. This technology operates with two quadrupole mass analyzers and a third is positioned in-between that functions as a collision cell. This intermediate quadrupole enables the system to perform collision induced dissociation (CID) in which parent analyze ions collide with neutral gas molecules, resulting in product ions for subsequent MS analyses, which is referred to as MS/MS. A variation on the triple quad LC/MS is the quadrupole-trap (Q-Trap), in which the second mass analyzer can be operated as a linear ion trap as well. Quadrupole LC/MS is a useful tool in many applications including drug development, food safety, and forensics. 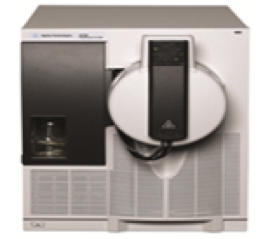 In the past few years, liquid chromatography-tandem mass spectrometry (LC-MS/MS) has grown tremendously, especially in the clinical lab setting. The combination technique allows researchers to recognize compounds by a specific analyte and ion mass. LC-MS/MS is advantageous because multiple analytes can be studied in a single run. LC-MS/MS has proven to be a powerful technique in the biopharmaceutical space due to its capabilities in small molecule bio-analysis.

In an effort to keep up with the speed of UHPLC, many companies have developed fast single quad and triple quad LC/MS systems. Top-end quad LC/MS models can scan at over 10,000 amu/sec, and switch polarity to analyze both negatively and positively charged ions as quickly as 15 ms. High-end quad LC/MS systems have a mass range of up to 3,000 m/z, and some even higher.

Keep an eye out for our upcoming posts in the Mass Spectrometry series. We will be covering MALDI-TOF, Ion Trap LC/MS and more!