November 9, 2021 -- Scientists have demonstrated that Hofstenia miamia, a tiny flatworm capable of regenerating everything from its brain down to its tail, can be a powerful tool to study not only regeneration but other areas such as embryogenesis. The findings were published on November 8 in the journal Developmental Cell.

"Our work positions [Hofstenia] as a powerful system with multiple toolkits for mechanistic investigations of development, whole-body regeneration, and stem cell biology," wrote the authors, led by Mansi Srivastava, PhD, of the department of organismic and evolutionary biology at Harvard University.

To study how the regeneration process works in H. miamia (aka the three-banded panther worm), the scientists introduced external genes into its genome, a process called transgenesis.

The process begins by injecting in vitro synthesized mRNA coded with the fluorescent proteins H2B-RFP and mGFP into the fertilized embryo with a sharp quartz microinjection needle. As the worm matures, the introduced gene becomes a protein and is expressed with green or red fluorescence. The result is a transgenic line of H. miamia, whose fluorescence-generating genes are passed down to future generations. 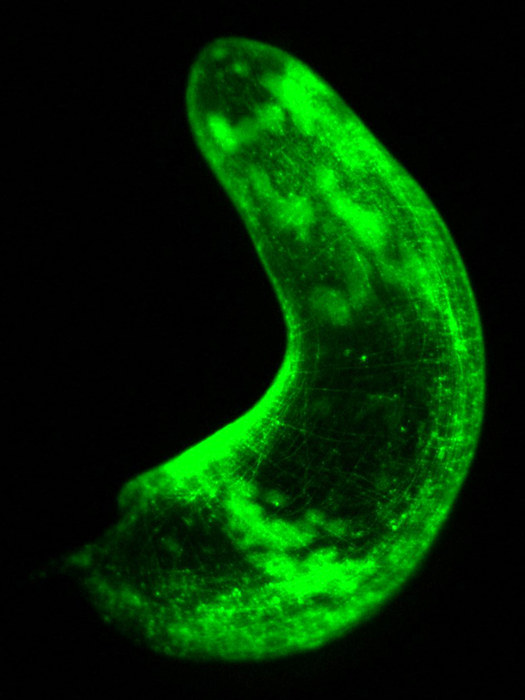 A window into cellular anatomy

In experiments, the scientists used the fluorescent proteins to reveal the structure and cellular anatomy of the worm's epidermal, digestive, and muscle tissues. Fluorescence lets researchers visualize with much better detail what the cells look like, where they are, and how they interact with each other.

"Right away, this work gave us a window into the cellular anatomy of these worms," Srivastava said in a statement.

Toggling genes on and off

In addition to revealing the structure of the worm, transgenesis can be used to add or take away specific information to and from its genome.

In previous work, Srivastava and her colleagues uncovered DNA switches that appear to control genes for regeneration. Now that they can produce transgenic worms, the researchers will be able to carry out very precise manipulations, such as toggling on and off specific genes involved in regeneration. This process will help to narrow down exactly which genes are required for the worm to carry out its regenerative miracles.

As a further step in this direction, the researchers were able to edit the H. miamia genome using the CRISPR-Cas9 gene editing technique. In this experiment, they first identified a target site for the Cas9 enzyme using Geneious, a bioinformatics software platform, to inject the worms with the Cas9 enzyme and guide RNAs, and then carry out insertions and deletions at the target site.

"Our finding that CRISPR-Cas9-mediated genome editing is feasible in Hofstenia will enable targeted and conditional transgenesis," the authors wrote.

H. miamia can perform one of the greatest feats in the animal world: whole-body regeneration. If you cut a worm in half, within eight weeks, you will have two fully formed worms.

The secret to H. miamia's whole-body regeneration is its reserve of adult stem cells called neoblasts. Neoblasts are believed to be pluripotent, meaning they can produce any other cell type in the animal, including skin cells, muscle cells, gut cells, and even neurons.

In future work, Srivastava and her colleagues hope to uncover how the neoblasts respond to the effects of injury, which involves processes of cell differentiation, cell proliferation, and organogenesis (the transformation of an amorphous mass of cells into a complete organ).

"We don't know how any one of these cells actually behaves in the animal during regeneration," Srivastava said. "The true impact of this work actually lies in the fact that this new ability to make transgenic worms will allow us to study stem cells and regeneration in more depth than has been possible before. For example, we want to make the stem cells glow so we can directly watch them as they divide and make all other cell types in the animal, maybe even a whole new brain."

Do you have a unique perspective on your research related to cell biology or synthetic biology? Contact the editor today to learn more. 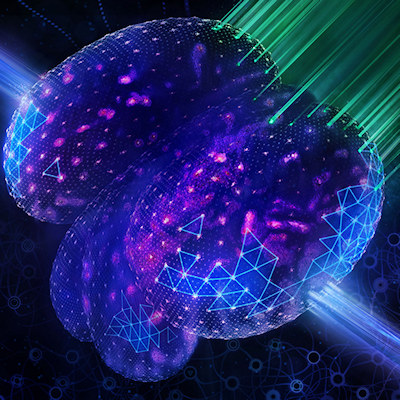