May 28, 2021 -- A novel classification system for cell nuclei has been proposed in a new study investigating genome folding across the entire tree of life. In the paper, published in Science on May 27, an international team of researchers also detailed a method for transmuting one type of cell nucleus into another.

This work was generated from several initially independent research efforts. For some time, scientists at the DNA Zoo team have been working to classify how chromosomes fold to fit inside the nucleus of cells from different species across the tree of life.

DNA Zoo is an international consortium that includes institutions such as Baylor College of Medicine, the National Science Foundation-supported Center for Theoretical Biological Physics (CTBP) at Rice University, the University of Western Australia, and SeaWorld.

Initially, the team conducted in situ Hi-C on 24 species, representing all subphyla of chordates, all seven vertebrate classes, seven of nine major animal phyla, as well as plants and fungi. Together, these genome assemblies provide a comprehensive overview of nuclear organization since the last common ancestor of all eukaryotes.

To identify these features in an unbiased fashion, the team developed aggregate chromosome analysis (ACA), a method in which contact maps for each chromosome are rescaled and summed and then used to score each feature. The features were divided into two clusters, based on how they co-occur. Type I included centromere clustering, telomere clustering, and a telomere to centromere axis. Type II included only chromosome territories.

"Whether we were looking at worms or urchins, sea squirts or coral, we kept seeing the same folding patterns coming up," said co-author Olga Dudchenko, PhD, a member of the Center for Genome Architecture at Baylor and CTBP. "In some species, chromosomes are organized like the pages of a printed newspaper, with the outer margins on one side and the folded middle at the other. And then in other species, each chromosome is crumpled into a little ball." 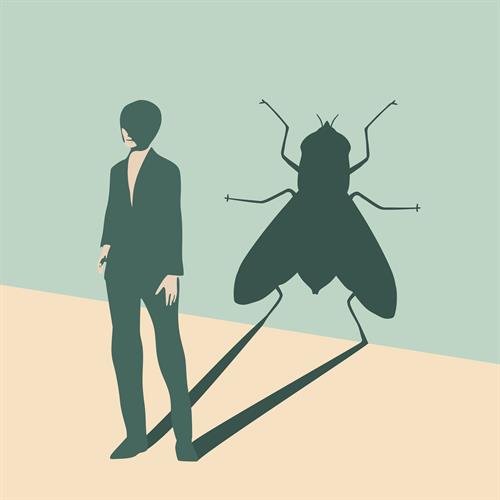 Biologists at Baylor College of Medicine, the Netherlands Cancer Institute and Rice University showed in a study that the nuclear arrangement in a human cell can be turned into that typical of a fly. Illustration courtesy of Evgeny Gromov.

To further explore these differences, the team developed an algorithm, called 3D-DNA Phaser, to assign variants to individual homologs (related genes), producing chromosome-length haploblocks for multiple species (segments with very little recombination). The analysis found that features of genome architecture appear and disappear over billions of years, as lineages switched between the types.

The team found that type I species lacked a subunit of the condensin II complex, which promotes mitotic chromosome compaction. They also noted that type I architectural features and the loss of condensin II subunits appear to have coevolved repeatedly over time. The analysis showed that condensin II strengthens chromosome territories or counteracts type I features.

Meanwhile, an independent team in the Netherlands had discovered something unexpected.

"I was doing experiments on a protein called condensin II, which we knew plays a role in how cells divide," said author Claire Hoencamp, a doctoral student at the Netherlands Cancer Institute. "But we observed the strangest thing: When we mutated the protein in human cells, the chromosomes would totally rearrange. It was baffling!"

The two teams met at a conference where they realized they had stumbled upon a way to convert human cells from one nuclear type to another.

"When we looked at the genomes being studied at the DNA Zoo, we discovered that evolution had already done our experiment many, many times! When mutations in a species break condensin II, they usually flip the whole architecture of the nucleus," said Rowland.

"So, we had a puzzle," said senior author Erez Lieberman Aiden, PhD an associate professor of molecular and human genetics at Baylor and codirector of the DNA Zoo. "The data implied that over the course of evolution, species can switch back and forth from one type to the other. We wondered: What is the controlling mechanism? Might it be possible to change one type of nucleus into another in the lab?"

To explore this possibility, they performed in situ Hi-C on Hap1 cells lacking the condensin II subunit CAP-H2. These cells exhibited weaker chromosome territories and much stronger contacts between centromeres. Immunofluorescence microscopy revealed that in the cells the centromeres are clustered together. Thus, the disruption of condensin II transforms the folding of the human genome into a type I-like configuration.

"Our simulations showed that by destroying condensin II, you could make a human nucleus reorganize to resemble a fly nucleus," said José Onuchic, PhD, co-director of CTBP, which includes collaborators at Rice, Baylor, Northeastern University, and other institutions in Houston and Boston.

"We began with an incredibly broad survey of 2 billion years of nuclear evolution," said author Sumitabha Brahmachari, PhD, a postdoctoral fellow in Onuchic's lab at CTBP. "And we found that so much boils down to one simple mechanism, that we can simulate as well as recapitulate, on our own, in a test tube. It's an exciting step on the road to a new kind of genome engineering -- in 3D!"

Do you have a unique perspective on your research related to genomics or evolutionary biology? Contact the editor today to learn more. 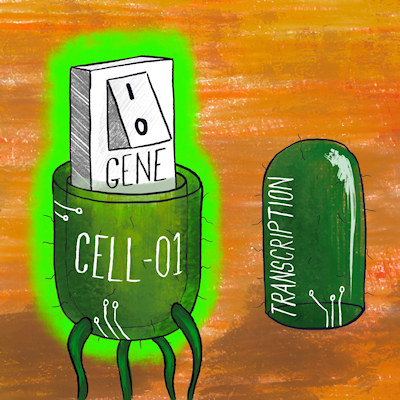 Scientists uncover secrets to controlling gene expression
Bioengineers have demonstrated that simultaneous control over transcription and translation in cells can achieve the most stringent control of gene expression... 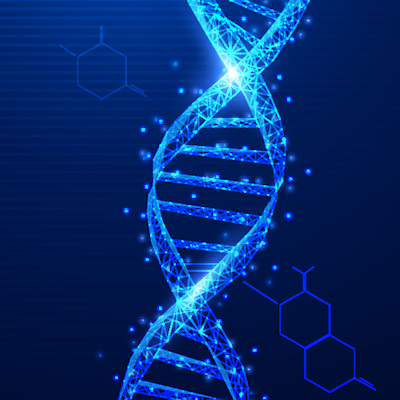 Researchers identify 'ancient' DNA weapons against cancer
Researchers have identified silent ancient DNA elements buried in the human genome that when "reactivated" can initiate an immune response toward cancer...
Genomics sheds light on the life history of cancers
As part of a special collection of papers on pan-cancer analysis of whole genomes published online by Nature on February 6, an international...
Copyright © 2021 scienceboard.net