March 3, 2021 -- A new computational tool that uses CRISPR and multimodal single-cell sequencing data can provide insights into the function and regulation of human genes. The study, published in Nature Genetics on March 1, provides details on the molecular regulation of immune checkpoint inhibitors.

Under normal conditions, immune checkpoint inhibitors, such as the programmed cell death ligand 1 (PD-L1) receptor, maintain self-tolerance and prevent autoimmunity by regulating the balance between activation and inhibition of immune responses. But during cancer, expression of inhibitors is often misregulated to evade immune detection.

The blockade of immune checkpoint inhibitors can significantly enhance the efficacy of the antitumor immune response. Therefore, there is interest in understanding the molecular networks used by cancer cells to upregulate the expression of molecules like PD-L1.

Researchers from New York University (NYU) set out to better understand how cancer cells alter the regulation of key genes, such as the immune checkpoint molecule, PD-L1.

"Our approach will help scientists to connect genes to the specific cellular behaviors and molecular pathways that they regulate," explained senior author Rahul Satija, PhD, associate professor of biology at the New York University (NYU) Center for Genomics and Systems Biology and a core faculty member at the New York Genome Center, in a statement.

To do this, they conducted genetic screens with a library of 111 guide RNA (gRNA) species (targeting 26 genes with well-characterized regulatory effects on PD-L1 [8] and data selected genes with no experimental link to PD-L1 regulation [18]).

They performed multiplexed perturbation and functional characterization of the target gene set, where genes were knocked out in a THP-1 cell line (acute monocytic leukemia cell line) to observe the effect of each perturbation on PD-L1 levels.

The experiments were conducted using ECCITE-seq technology, developed by the researchers. The tool simultaneously measures transcriptomes, surface protein levels after perturbations with a CRISPR gRNA, at single-cell resolution. After transduction of each gRNA, Cas9 expression was activated with doxycycline. Cells were then processed with the 10x Genomics Single Cell 5′ assay kit and sequenced on the Illumina NovaSeq platform. The analysis allowed the researchers to distinguish between transcriptional and post-transcriptional modes of regulation for each gene.

After completing its experiments, however, the team realized that several factors, including transduction, replicate identity, cell cycle stage, and the activation of cellular stress responses confounded their analysis. In particular, a substantial fraction of cells -- up to 75% in some cases -- appeared to escape any observable effects after attempted perturbation and represented a confounding source of noise in downstream analysis.

"Facing these challenges made us realize that we needed new computational methods to identify and remove confounding sources of variation in our dataset," said lead author Efthymia Papalexi, a graduate student at NYU.

To address this challenge, the team developed mixscape, which considers each cell's perturbation signature and assigns it to a "perturbed" or "escaping" subclass, resulting in a mixture of cells with different responses. This allowed the researchers to identify and remove sources of noise from the data.

"When we applied mixscape in our screen, we boosted our power to connect gene perturbations with changes in the transcriptome and protein expression. This allowed us to discover that the kelch-like protein [kelch-like ECH-associated protein 1] KEAP1 and the transcriptional activator [nuclear factor erythroid 2-related factor] NRF2 mediate a cell's expression level of PD-L1," Satija said.

They found that the cullin 3 (CUL3)-KEAP1 complex can act as an indirect regulator of PD-L1 transcription, in addition to the previously identified role for the CUL3-speckle-type POZ protein (SPOP) complex in directly regulating PD-L1 protein stability. The data demonstrated a striking enrichment for target genes of the NRF2 signaling pathway with CUL3 perturbation, indicating that perturbation of the CUL3-KEAP1 complex interferes with the ubiquitination of NRF2, boosting pathway activation and PD-L1 transcript expression.

Recent research has shown that KEAP1 is often mutated in lung cancer, and mutations in NRF2 and KEAP1 are associated with treatment resistance. The work conducted by the NYU team therefore supports the hypothesis that these genes play important roles in the development and progression of human tumors.

Looking forward, the researchers are leveraging multimodal, single-cell pooled CRISPR screens and mixscape to understand the molecular regulation of dozens of additional pathways and cellular behaviors.

Mixscape is freely available online through the Seurat package, a software toolkit for biomedical researchers.

Do you have a unique perspective on your research related to immunology or cancer? Contact the editor today to learn more. 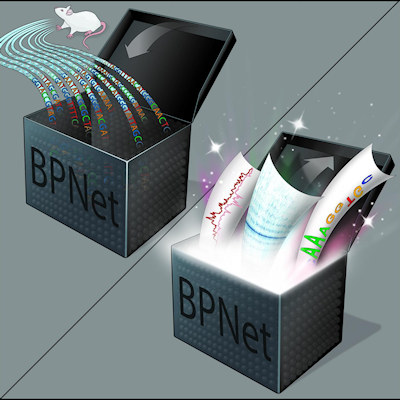 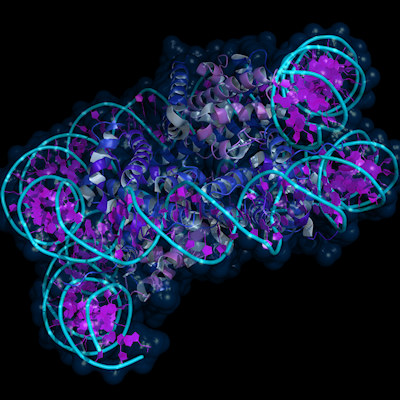 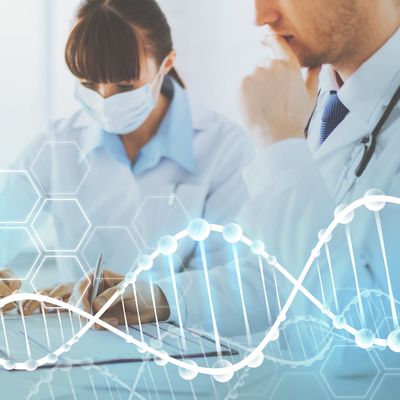