By Emily Hayes, The Science Advisory Board contributing writer

The study evaluated broad-panel genetic blood testing in 1,201 patients between the ages of 18 and 39 who had undergone next-generation sequencing and were treated at Memorial Sloan-Kettering Cancer Research Center. Of the total, 877 had early-onset cancer -- that is, they had tumor types that would normally occur later in life, such as in the breast and colon.

The study was one of five that were highlighted in an AACR press briefing on June 19 ahead of the meeting.

Per the Memorial Sloan-Kettering testing protocol for cancer, patients' blood samples were screened for 88 genes. In the 877 individuals with early-onset cancer, 21% had an inherited genetic mutation, most typically for cancers of the breast, pancreas, or kidney. The most common mutations detected were the following:

For the 324 patients determined to have cancers that are more typically found in younger patients, such as sarcomas, 13% had an inherited mutation, and germline TP53 mutations were most common, the researchers reported.

Those with a number of the early-onset types of cancer have diseases that could be screened for and potentially treated with a targeted drug. For example, BRCA-mutated disease may be targeted with poly (ADP-ribose) polymerase (PARP) inhibitors, which are now approved not only for the first indication of ovarian cancer but also for mutated pancreatic cancer and, most recently, mutated prostate cancer.

The results show that from a genetic perspective, early-onset cancers are heterogenous and are associated with a much higher prevalence of germline mutations compared with other tumor types in younger patients, Dr. Zsofia Stadler, a medical oncologist at Memorial Sloan-Kettering, said during the AACR press briefing.

Researchers are now looking to determine if there is a family history in the patients who tested positive for inherited mutations to further decipher their risk profiles. Another area of follow-up research is to determine whether the germline mutations that were identified are the main drivers of the patients' diseases.

Do you have a unique perspective on your research related to cancer genomics or precision medicine? Contact the editor today to learn more. 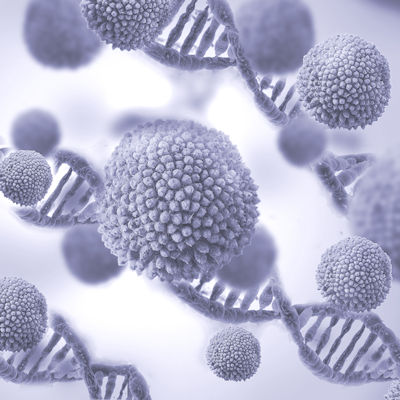