November 3, 2022 -- Canadian researchers have designed and validated a new class of DNA-based drug transporters that are 20,000 times smaller than a human hair, which they contend may improve how cancers and other diseases are treated.

Developed by a University of Montreal research team, the 'nanotransporters' are able to transport and deliver precise concentrations of drugs and can also be attached to specific biomolecules to optimize drug distribution.

In a study published November 2 in the journal Nature Communications, the researchers demonstrated that a specific drug-transporter formulation allowed doxorubicin -- a chemotherapeutic drug used to treat breast cancer and leukemia -- to be maintained in the blood and drastically reduces its diffusion toward key organs such as the heart, lungs, and pancreas.

Corresponding author Alexis Vallée-Bélisle, PhD, professor of chemistry at the University of Montreal, in a statement noted that that only about 50% of cancer patients get an optimal drug dosage during certain chemotherapy and maintaining an optimal concentration of drugs in the blood remains a major challenge.

However, in mice, Vallée-Bélisle's research team demonstrated that a drug transporter allowed doxorubicin to be maintained 18 times longer in the blood and cardiotoxicity was reduced as well, while keeping the rodents healthy as evidenced by their normal weight gain.

"We show that these aptamer-based buffers can be programmed to maintain any specific desired concentration of free drug both in vitro and in vivo and enable the optimization of the chemical stability, partition coefficient, pharmacokinetics, and biodistribution of the drug," wrote the study's authors, who noted that these programmable buffers can be built from any polymer and "should improve patient therapeutic outcome by enhancing drug activity and minimizing adverse effects and dosage frequency."

Vallée-Bélisle's team developed artificial drug transporters that mimic the natural effect of maintaining a precise concentration of a drug during treatment. PhD student Arnaud Desrosiers, the first author of the study, initially identified and developed two DNA transporters: one for quinine -- an antimalarial -- and the other for doxorubicin.

"We envision that similar nanotransporters may also be developed to deliver drugs to other specific locations in the body and maximize the presence of the drug at tumor sites," Vallée-Bélisle said. "This would drastically improve the efficiency of drugs as well as decrease their side effects." 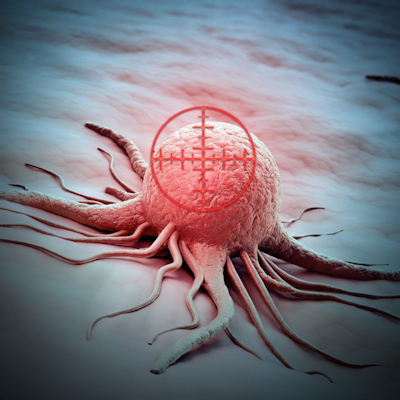