November 2, 2021 -- A research group has shown why certain T cells do not respond to therapy in patients with non-small cell lung cancer (NSCLC) who receive a therapy called immune checkpoint blockade (ICB). The findings, published on October 29 in Science Immunology, suggest that a combination of immunotherapies may be a more effective approach to treating lung cancer.

NSCLC is the most common type of lung cancer in humans, but only about 35% of NSCLC patients respond to ICB therapy, which attempts to kill cancer cells by reinvigorating T cells that are too "exhausted" to fight. The new research reveals what causes these T cells to be nonresponsive to ICB and suggests a possible solution.

The conventional theory is that the exhausted T cells become "overworked" fighting the tumor, which is why ICB is prescribed to reinvigorate them. However, Horton's experiments revealed that while some T cells are indeed exhausted from overwork, other ICB-resistant T cells stop working before they even enter the tumor, which is why ICB therapies targeted at exhausted T cells within the tumor are ineffective against them.

"We show that this state is actually a preset condition, and that the T cells are already non-responsive to therapy before they enter the tumor," said co-author Stefani Spranger, PhD, whose laboratory at MIT was the site of the research.

The scientists labeled the traditional exhausted state Tex and labeled their newly discovered state TLdys, which stands for lung cancer-specific T cell dysfunction. Whereas cells in the Tex state indeed suffer from overwork, the cells in the TLdys state differentiate into a dysfunctional form early in their activation in the mediastinal lymph nodes before even entering the battle against the cancer cells.

The team also identified genetic signatures that could reliably distinguish the cells in the TLdys state from those in the Tex state. 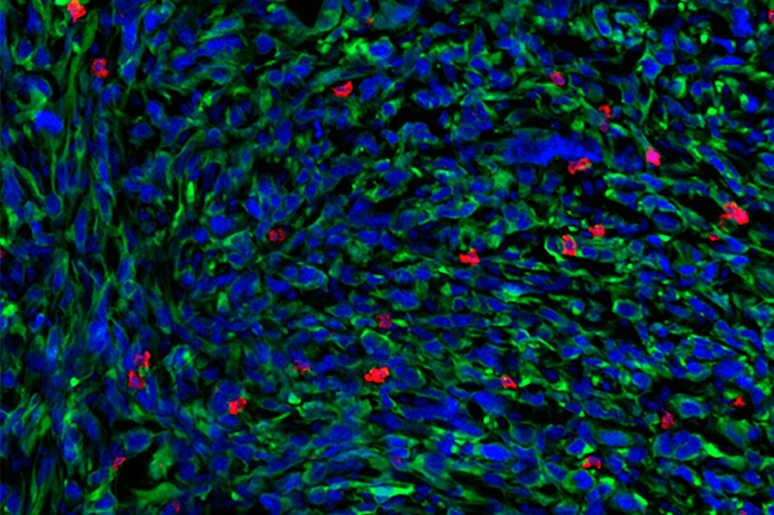 The team arrived at the discovery by studying mRNA from the responsive and nonresponsive T cells in mouse models of NSCLC. They sequenced the cells using a technique developed at MIT called Seq-Well, which enables the rapid gene expression profiling of single cells. This provided a very granular look at the gene expression patterns of the T cells, revealing that TLdys was in fact a distinct state from Tex with its own genetic signature.

Once it became clear why the TLdys cells were not responding to ICB, researchers investigated if these cells could somehow be reinvigorated in the same way that ICB was able to reinvigorate the Tex cells.

The researchers had noticed that the TLdys cells had a lower expression of receptors for certain cytokines, so they tried treating the mouse lung tumors with the cytokine-signaling molecules interleukin (IL)-2 and IL-12. This treatment reinvigorated the previously dysfunctional TLdys cells, reviving them enough to join the fight against the tumors.

The findings suggest that combining ICB with other forms of immunotherapy that target T cells, such as cytokine therapy, might be a more effective approach to help the immune system combat NSCLC.

"This is potentially something that could be translated into a therapeutic that could increase the therapy response rate in non-small cell lung cancer," Horton said.

Administering cytokine therapy to human patients is not currently safe due to the danger of a "cytokine storm," a positive feedback loop that generates an overproduction of cytokines that can lead to organ damage. However, determining how to safely administer cytokines to specific tumors is an ongoing area of research, and in the future, cytokine therapy could potentially be safely administered in combination with ICB.

Do you have a unique perspective on your research related to cell therapies? Contact the editor today to learn more. 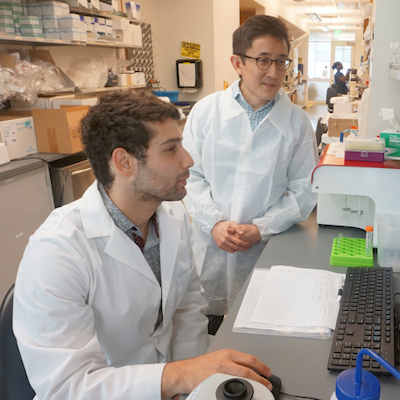