Clinical Mass Spectroscopy Projected to Grow by 7.6% Over Next Five Years

June 26, 2018 -- At the Science Advisory Board we project the mass spectroscopy market to grow by 7.6% over the next 5 years. In this study we will focus on the clinical applications for mass spec. According to the American Clinical Laboratory Association, every year US clinical labs perform more than 7 billion tests on blood, urine, and other patient samples. While immunoassays have long been the standard, for a growing number of labs, mass spec has become the test of choice. 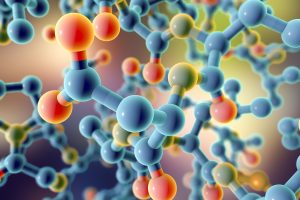 To date, clinical labs have used mass spec almost exclusively for lab-developed tests rather than in combination with FDA-approved assay kits. However, the FDA is in the process of establishing a framework for regulating tests as medical devices, which would require companies to have each test approved, a potentially multi-million dollar investment for each company.

Recently, the FDA announced it would not issue final guidance on laboratory-developed tests (LDT) until the public had been thoroughly engaged and its oversight committee gave ample time to draft legislation. Still, many instrument companies with sizable stakes in the MDx market have sought to prepare now for the change by seeking regulatory approval for their devices.

Quadrupole LC/MS is primarily used for immunoassays, the largest diagnostic application for MS technology in general. Toxicological and neonatal screening are also key applications spurring growth for this technology. Quadrupole LC/MS consists of four parallel rod hat arrange to form four sides of a rectangle. By simultaneously changing both the DC and RF amplitudes applied to the rod, ions of various sizes (m/z ratios) are able to pass through the quadrupole to the detector, functioning as mass filters. These systems utilize ionization sources that can ionize liquid analytes directly from an HPLC or UPLC system, and are most commonly configured with electrospray ionization (ESI) sources. Other frequently used ionization sources can be atmospheric pressure chemical ionization (APCI) or atmospheric pressure photoionization (APPI).

LC/MS Time-of-Flight (TOF) is employed largely for biomarker identification, thereby aiding in the early detection of disease or infection. LC/MS TOF systems operate in a pulse mode rather than a continuous mode. All the ions with different masses are accelerated to the same kinetic energy and are pulsed into the field-region of the flight tube. When leaving the acceleration region, the ions move down the field, and their velocities are inversely proportional to the square roots of their masses. Ions with different m/z ratios arrive at the detector at different times. Lighter atoms with higher velocities arrive before the heavier atoms. LC/MS TOF includes LC-TOF, quadrupole-TOF (Q-TOF) and ion trap TOF (IT-TOF).

Matrix-assisted laser desorption/ionization (MALDI)-TOF systems have historically found most frequent use in microbial assays. More recently, MALDI imaging mass spectrometry (IMS) supports direct tissue analysis with reduced analysis time for high diagnostic potential. MALDI-TOF) is an ionization technique that uses a laser to ionize an ultraviolet or infrared absorbing matrix, which contains the sample of interest. The sample/matrix mixture is placed onto a sample probe tip, where solvents are removed under vacuum conditions leaving co-crystallized polymer molecules homogeneously dispersed within the matrix. A pulsed laser beam is then tuned to the appropriate frequency, whereby the matrix is partially vaporized, leaving the polymer intact in the vapor phase. The ionized particles are then injected into the mass analyzer. The analyzer is a TOF tube. Different MALDI-TOF instruments include single MALDI-TOF, reflectron MALDI-TOF, and tandem MALDI-TOF.

Market leader SCIEX commands the largest market share of both LC/MS Quadruple and LC/MS TOF segments of the market. The company has remained at the forefront of the market through continued product updates and releases, such as their fully integrated LC-MS Topaz system for clinical diagnostics which was unveiled at the American Association of Clinical Chemistry annual meeting in August 2017. The system includes the ClearCore MD software and followed the company’s May launch of the first FDA-approved Vitamin D 200M assay for quantitative determination of total 25-hydroxyvitamin D through measurements of 25-hydroxyvitamin D3 and D2 in human serum. The test is designed for exclusive use on the Topaz System for assessment of adult patients for Vitamin D sufficiency. The Topaz, a Class II medical device, also runs LDTs.

At AACC it is important to note that in addition to SCIEX leading MS companies, Agilent Technologies, Shimadzu, Thermo Fisher Scientific and Waters were all present. Bruker also has products in the MALDI-TOF space with their MALDI Biotyper.

Thermo Fisher Scientific demonstrated the Thermo Scientific Cascadian SM Clinical Analyzer which was unveiled in May 2017. The system is set to receive EU CE marking next year and will be released in the US once it is FDA approved as a Class I medical device. Thermo Fisher also plans to launch three kits specifically designed for the system, following FDA 510(k) approval. The first kits will be for 25OH vitamin D, total testosterone, and immunosuppressant drugs. Other kits are expected to follow and may include kits for drugs of abuse and endocrinology. Consumables for the system include specialized pipettes, LC cartridges and special sample tubes for sample preparation automation. Back in June, Robert S. DeWitte, Ph.D., vice president, Research and Development, and vice president, Clinical Mass Spectrometry, at Thermo Fisher Scientific told IBO “This system is comprehensive: sample in, result out. For mass spectrometry, that has not been done,” noted Dr. DeWitte. The integrated system, which resembles a standard clinical chemistry analyzer in size and appearance, consists of the automated Thermo Scientific TurboFlow online sample preparation technology, a newly designed LC based on the Prelude MD HPLC system, a newly designed MS system based on the TSQ Altis Triple Quadrupole MS, and dedicated software.

The clinical MS market also includes PerkinElmer, which provides kits for neonatal screening. Linh Hoang, vice president of Neonatal Screening at PerkinElmer, told IBO that the company screens more than 39 million babies per year. "The business is expanding in China, where more than 90% of newborns are now screened. The opportunity is also growing in India. “

"Newborn screening pilot programs in the public sector (using PerkinElmer instrumentation and kits) have demonstrated the value of newborn screening,” he said. PerkinElmer provides the testing as a service at its clinical labs in Suzhou, China, and Chennai, India.

All of the leading mass spectrometer manufacturers are competing to overcome the barriers to adoption of mass spec by clinical labs that include: regulatory approval, quality (e.g., variability from lab to lab), resources (e.g., operator skills) and workflow (e.g., turnaround time).

In what capacity does your research involve mass spec? Start the discussion below!

Strategic Directions International (SDi) is the leading international management-consulting firm in the highly specialized field of analytical and life science instruments. Its client list includes virtually every major analytical instrumentation company in the United States, Europe, and Japan. In September 2014, SDi was acquired by and is now a division of BioInformatics.

SDi has analyzed the instrumentation market for molecular diagnostics and related clinical research applications in order to give insight into projected market trends and present an analysis of the strategic and competitive landscape for the technologies covered.