March 11, 2021 -- Moderna has dosed the first patients in its study of modified COVID-19 vaccines, designed to address the potential need for vaccine booster candidates.

The new candidate, messenger RNA (mRNA)-1273.351, encodes the prefusion stabilized spike protein of the SARS-CoV-2 variant B.1.351, first identified in South Africa, and is being assessed as a booster vaccine to increase the response to emerging SARS-CoV-2 variants. The company is also investigating a second, multivalent candidate, mRNA-1273.211, that is a combination of mRNA-1273 and mRNA-1273.351.

Concurrently, the U.S. National Institute of Allergy and Infectious Diseases is planning to conduct a phase I trial to assess the monovalent and multivalent modified mRNA-1273 vaccines as a primary series in naïve individuals, and as a booster vaccine in those previously vaccinated with mRNA-1273.

Can a single dose of a vaccine designed as 2 doses be effective?
Researchers suggested that two doses of a COVID-19 vaccine are more protective than a single dose, even if the interdose period is longer than recommended.... 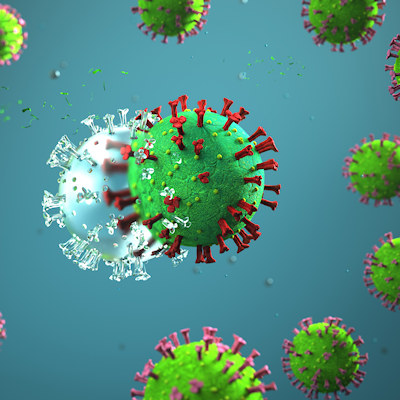 FDA issues EUA for Moderna COVID-19 vaccine
Just one day after a favorable committee recommendation, the U.S. Food and Drug Administration (FDA) has issued an emergency use authorization (EUA) for...
Copyright © 2021 scienceboard.net