January 6, 2021 -- The global COVID-19 pandemic has placed an urgent burden on governments to serve society, and with the help of the biotechnology and pharmaceutical industries, the job is getting done. That's according to Moncef Slaoui, PhD, chief adviser of the U.S. government's Operation Warp Speed project, who discussed his unique experiences at an advance session of the Biotech Showcase virtual event on January 5.

Slaoui has had the difficult job of bringing the government, military, academia, and industry together under one umbrella with the goal of producing and delivering 300 million doses of COVID-19 vaccines as part of Operation Warp Speed. Formerly head of vaccine development at GlaxoSmithKline, Slaoui in May 2020 was tapped to lead Operation Warp Speed, the U.S. government's project to spur the development of COVID-19 vaccines at pharmaceutical companies.

In his Biotech Showcase address, Slaoui first acknowledged the tremendous contributions that the biotechnology, pharmaceutical, and life sciences ecosystem has made to the world during the COVID-19 pandemic. Without decades of previous investments -- both financial and scientific -- the major achievements made during the COVID-19 crisis wouldn't have been possible, he explained.

Ultimately, this ecosystem has done an amazing job at achieving its goal. At the start of Operation Warp Speed, the team evaluated 94 potential vaccine programs and ended up choosing to advance six of those programs.

"It's just a matter of picking the potential winners and pushing them like crazy," Slaoui said. "Decision-making is very important, and choices were made."

During the eight months that he has been involved with Operation Warp Speed, Slaoui said he has learned the most from working with the military and their operations. He pointed to two particular exercises that were invaluable in the rapid decision-making process for vaccine development and delivery.

First, Slaoui spoke about the importance of "battle rhythms." These daily command, staff, and unit interactions are commonly used by the military to synchronize current and future operations.

“I can confidently say that the pharmaceutical and biotechnology industries are saving the world.”

Slauoi explained that the Operation Warp Speed team used these daily meetings to ensure that nothing fell through the cracks. The meetings can help organizations remain on their toes and to never decrease the intensity of work and focus, particularly during a crisis. The military are experts at this, and Slauoi found these exercises useful for ensuring the success of the program.

In the later stages of Operation Warp Speed, Slaoui pointed out the usefulness of tabletop exercises. Another common military practice, these rehearsal meetings are used to troubleshoot problems and facilitate discussion on specific aspects of a crisis.

In the case of Operation Warp Speed, Slaoui explained that this was particularly helpful for discussing each step of vaccine distribution -- from factory to pharmacy -- during planning phases. In these meetings, which occurred every Friday, the warp speed team discussed exactly "who does what and where" for each step in the process.

"With each new iteration, new opportunities were discovered," he said.

On a different note, Slaoui said that the "worst thing you can do in a crisis is to politicize (and dramatize) the issue." He explained that for people who do not have all the information they need to make a decision -- e.g., the general public -- this creates extreme hesitancy and suspicion.

Lastly, looking back on his experience with Operation Warp Speed, Slaoui said that the life sciences ecosystem would have greatly benefited from more centralized clinical trials. To date, there are over 800 COVID-19 clinical trials ongoing for various therapeutics. With so many trials -- sometimes up to 40 trials going on in a single hospital -- healthcare practitioners can have a difficult time knowing how to enroll patients. In most cases, these are observational studies and therefore not controlled.

Further complicating the issue, the progress made during the pandemic eliminates the ability to compare current trial results to those from the early days in the pandemic. As an example, Slaoui notes that mortality rates of patients on ventilators went from 30% in April to 3% in September. With a better plan in place, the ecosystem could have saved many resources and potentially lives.

The pandemic next time

Slaoui believes that a number of important lessons were learned that hopefully will be applied the next time the world faces a pandemic on the scale of COVID-19 -- particularly the individual who leads such a massive undertaking as Operation Warp Speed.

Whoever does the job the next time, he explained, must be able to compel parties toward a decision very quickly. It is critical that egos be left outside, and all parties agree to follow the leader. Moreover, this person must be able to empower the entire umbrella to "plow through the bureaucracy and complexities that exist" and just do what it takes to make progress.

The next leader would ideally have a mix of scientific insights and experience with industrial deliverables, he continued. Interestingly, Slaoui said that he thought it was a benefit that he did not know how the government works when he started with Operation Warp Speed, because if he did, he thought that the program would have been stalled and bogged down with government process.

In the end, Slaoui concluded that it was the amazing accomplishments of drug developers and biotech companies that have blazed a path out of the pandemic.

"I can confidently say that the pharmaceutical and biotechnology industries are saving the world," Slaoui closed. 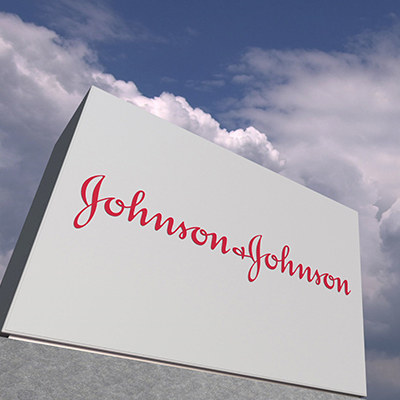