By Grace Taylor, The Science Advisory Board staff writer

According to the World Health Organization, there have been 41,664 confirmed cases of mpox and five deaths in non-endemic regions, raising concern about the pandemic potential of novel othopoxviruses. With this current outbreak, researchers are looking deeper into the immune response to mpox infections in humans.

Currently, there is limited information available on the quality and duration of immune responses to mpox infection in humans and little data on efficacy for vaccines based on the orthopoxvirus called vaccinia (VACV). It is also unknown to what extent human cellular immune response induced by VACV vaccination are cross-reactive with mpox, according to the LJI researchers.

VACV was used under the brand name Dryvax as a vaccine to eradicate smallpox in the 1980s. However, Dryvax-vaccinated individuals with impaired cellular immunity were deficient in VACV control and risked severe reactions and safety issues. Dryvax and Acambis 2000 (the related attenuated vaccine) vaccination was largely discontinued after 2001 and replaced by the non-live attenuated orthopox virus called JYNNEOS, which was designed to have a better safety profile.

Although the JYNNEOS vaccine is approved to prevent mpox infection and severe disease, researchers don't yet have clinical efficacy data from human trials. However, the mpox virus is similar enough to other orthopoxviruses that immunization against VACV can also train the immune system to fight mpox, according to the LJI researchers.

In the study, published online December 3 in the journal Cell Host & Microbe, the LJI team investigated if the viral proteins known to be targeted by T cells induced by VACV vaccination would also be conserved in JYNNEOS and in mpox. The researchers demonstrated that the known targets of T cell responses seen in the VACV-proven efficacy vaccine are also found in JYNNEOS and mpox, suggesting that the JYNNEOS vaccine can indeed trigger an effective T cell response against mpox infection.

The initial test of their hypothesis was based on developing viral peptide "megapools," or reagents designed to detect T cell reactivity to mpox antigens. The experiments further showed that these megapools can be used to accurately detect specific T cells.

"Vaccines such as JYNNEOS should be able to induce T cells that also recognize mpox and can provide protection from severe disease," co-leader of the study Alba Grifoni, PhD, an instructor at LJI, said in a statement.

The majority of mpox cases have been in men who have sex with men, and in that community a significant number of the people that have been infected with mpox also happened to be HIV-positive, co-leader Dr. Alessandro Sette, professor of biological sciences at LJI, explained. Sette emphasizes that most HIV-positive individuals are not necessarily at greater risk of mpox infection or severe disease.

"We do not expect that HIV-positive individuals will respond differently to infection and vaccination, because in most cases, people who live with HIV live with a controlled HIV because of the available therapies," Sette said. "Nevertheless, it's important to provide these data to the community affected by this outbreak and to the general scientific community."

Whether the JYNNEOS vaccine sparks a similar immune response in people with and without HIV-- and the role of T cells -- will have to be determined in future studies, the researchers said. 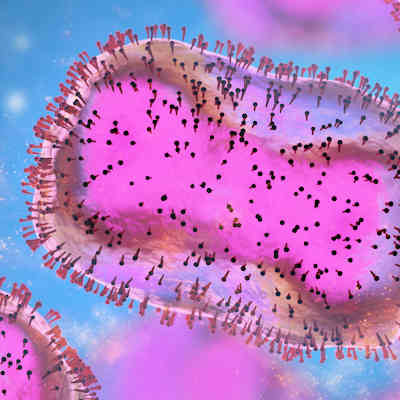 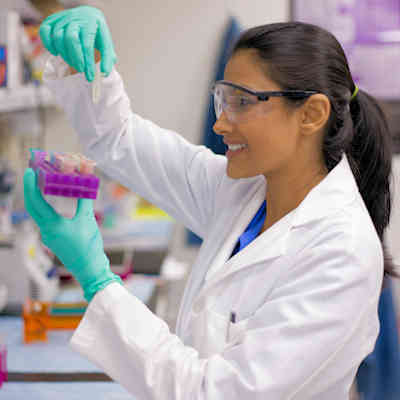