Knowledge about NETs (which contain large numbers of DNA-bound antimicrobial proteins) and their potential systemic influences has been steadily evolving. Primarily, NETs were discovered for their role in infectious disease and infection clearance.

The interaction between Th17 cells and neutrophils is often considered bidirectional. Further, the association between autoimmunity and neutrophils is well-established. Yet, the role of NETs in the development of pathological CD4+ T-cell responses has been described only through the inflammatory microenvironment by stimulating innate immune cells.

Alicia Wilson, PhD, of Johannes Gutenberg University Mainz in Germany and a team of researchers uncovered a mechanism showing that NETs can directly stimulate the production of the proinflammatory Th17 cell subset. The mechanism indicates the presence of a feedback loop between innate and adaptive immunity, which intensifies autoimmunity through in vivo and in vitro experiments.

The in vitro experiment in the study showed that histones, a protein component in NETs, directly stimulate Th17 cells, which is shown by an effect ameliorated by β-methyl-cellobioside sulfate, a first-in-class histone inhibitor.

The in vivo experiment also showed the role of histones in promoting a rapid Th17 cell-specific response. Additionally, the experiment showed the increase in Th17 cell differentiation by histones was obliterated in the absence of MyD88, which suggests a toll-like receptor, myeloid differentiation, primary response 88 (MyD88)-dependent mechanism. It also suggests that histones, signaling through toll-like receptor 2 (TLR2) on T cells, result in phosphorylation of signal transducer and activate transcription 3 (STAT3) and retinoic acid-related orphan receptor gamma t (RORγt).

The data are the first of its kind delineating a mechanism that established a long-standing finding that increased NETs are associated with T-cell autoimmunity. The data further highlight that histone, the key protein component of NETs, directly interact with TLR2 expressed on T cells, directly inducing phosphorylation of STAT3, which in the presence of Th17 cell-promoting cytokines, stimulates Th17 cell differentiation and activity.

By understanding how NETs interact with Th17 cells, the scientists believe they can use targeted therapies to inhibit the bad effects of NETs. The data will impact pathogenic aspects of this feed-forward loop in various conditions, suggesting that interrupting this loop using a direct histone inhibitor or through targeting of TLR2 provides an alternate therapeutic target for the treatment of autoimmune conditions.

"This discovery is significant as it provides a novel therapeutic target to disrupt these harmful inflammatory responses," Wilson said in a statement.

Previous studies have shown an indirect promotion of Th17 cell responses by NETs through macrophages and monocytes; however, these findings demonstrate both -- the direct effects of NETs and indirect effects through the stimulation of innate immune cells.

Do you have a unique perspective on your research related to molecular biology or immunology? Contact the editor today to learn more. 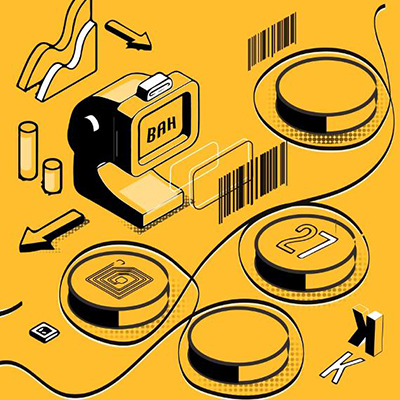 Gene silencing target identified as possible leukemia treatment
Researchers have identified a molecule that permits growth of cancers such as leukemia by silencing certain host genes. The results, published in Nature...
Copyright © 2022 scienceboard.net