April 9, 2021 -- A live, common cold virus -- coxsackievirus -- combined with immunotherapy appears safe and effective against advanced skin cancer in patients who are unable to have their tumors surgically removed, according to a study to be presented at the American Association for Cancer Research (AACR) 2021 annual meeting.

Led by medical oncologist Dr. Janice Mehnert, a professor at NYU Grossman School of Medicine and associate director of clinical research at Perlmutter Cancer Center, the phase I study is among the first to show oncolytic viruses can detect and kill cancer cells, NYU Langone Health said in a release.

The researchers injected the experimental coxsackievirus drug V937, along with pembrolizumab (Keytruda), into 36 men and women who received the therapy every few weeks for at least two years. Mehnert and colleagues found the combination shrank melanoma tumors in 47% of patients. Additionally, 22% of patients experienced complete remission.

Side effects such as rash and fatigue were minimal, but 36% of patients had serious immune reactions in the liver, stomach, or lungs, not unlike side effects that are known to happen with pembrolizumab alone, according to the researchers. Mehnert and colleagues also discovered that patients least likely to respond to immunotherapy alone were those who responded best to the combined treatment.

The next phase of clinical trials will involve patients with widespread melanoma, as well as patients whose tumors, if shrunken by the drug combination, could be more easily removed by surgery. 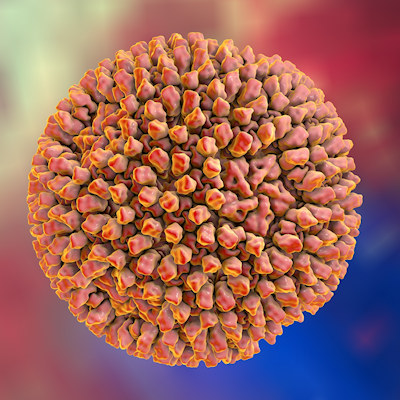