Scientists tease out role of epithelial cells in lung immunity

October 6, 2021 -- A research group has shown how different lung cell roles guide the immune system, according to a study published online on October 5 in Nature Communications. The findings have larger implications in understanding, preventing, and treating multiple lung pathologies, such as those seen in COVID-19.

Specifically, the researchers found that lung epithelial cells (LECs) organize and direct the immune system in the lung by deploying a specialized immune-facing molecule called major histocompatibility complex (MHC)-II. Prior to this study, the only known role of MHC-II was to educate CD4+ T cells, immune cells that help coordinate the immune response.

The work by the team of scientists at the Boston University School of Medicine (BUSM) found that MHC-II is, in fact, essential to localizing and scripting highly specialized immune cells called resident memory T (TRM) lymphocytes inside the lungs.

"Epithelial cells in the lung are typically envisioned as supporting respiratory functions, while MHC-II is understood to connect immune cells to immune cells, so the finding that MHC-II on lung epithelial cells tells TRM cells where to go and what to do in the lung is novel and unanticipated," Joseph Mizgerd, ScD, co-author and professor of medicine, microbiology, and biochemistry at BUSM, said in a statement.

The BUSM team analyzed a variety of lung epithelial cells from human and mouse models to confirm that all of them expressed MHC-II and increased its expression during infections. Next, by disrupting only MHC-II only on lung epithelial cells, they were able to generate aberrant numbers, types, and sites of CD4+ T cells in the lungs but not the blood, proving that these specific lung cells were responsible for organizing the immune system in the lung.

"Our study suggests that lung epithelial cells are akin to gatekeepers that are tasked with appropriately instructing locations of CD4 TRM cell outposts and their ability to fight future infections," Anukul Shenoy, PhD, first author and a postdoctoral scientist in BUSM's Pulmonary Center, said. "Given that TRM cells, beyond their protective roles in pneumonia, play key roles in fighting cancers and provoking asthma, our findings have larger implications in understanding, preventing and treating multiple lung diseases."

First, the team was able to demonstrate that another immune-facing T-cell molecule generated during infection, programmed cell death ligand 1 (PD-L1), depends on MHC-II for getting to the cell surface. There, it interacts with other cells to give immune response instructions.

Second, they found that the lack of MHC-II on lung epithelial cells causes changes to the local lung immune system that mirror the effects reported in patients with checkpoint blockade immunotherapy and checkpoint inhibitor pneumonitis, two rare but serious side effects of a class of immune-targeting cancer therapies ("checkpoint inhibitor therapies") that help the body recognize and attack cancer cells. This finding suggests that these side effects may result from the inhibition of immune cell guidance by lung epithelial cells.

The study increases understanding how the pulmonary immune system depends on the coordinated activities of diverse cell types within the lung, the absence of which can lead to infection (e.g., pneumonia), injury (e.g., acute respiratory distress syndrome), and other pulmonary diseases.

Future preventative and remedial interventions could be designed to harness the ability of lung epithelial cells to direct pulmonary immunity.

"That way, we would be able to use the patients' own lung epithelial cells to turn on protective roles of TRM cells during pneumonia and/or cancers while being able to shut off their pathological roles during asthma, as deemed necessary," Shenoy said.

However, the authors believe the findings have broad applications in the health sciences beyond respiratory health. 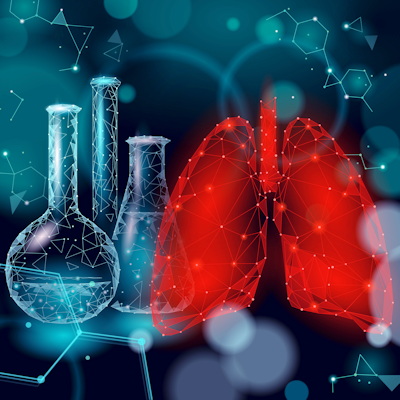 New in vitro models offer effective way to study respiratory viruses
A new accessible and scalable protocol for manufacturing in vitro lung cell models could have applications in the development of new therapies for respiratory...
Copyright © 2021 scienceboard.net