Today, at the 2019 American Society for Cell Biology (ASCB), European Molecular Biology Organization (EMBO) meeting, an important discussion took place surrounding the topic of open science. An esteemed panel of scientists, publishers, and regulators gathered to discuss where they see open access heading in the future.

How we can achieve open science

With these definitions in mind, a thoughtful conversation followed that sought to engage the scientific community in the goals of open access and the path that the stakeholders will take to achieve it. All the panelists agreed that efforts to achieve this goal will need to come from both the top (universities, funding agencies) down (researchers) and vice versa. Only with systematic restructuring and re-imagining of the system will open science be possible. 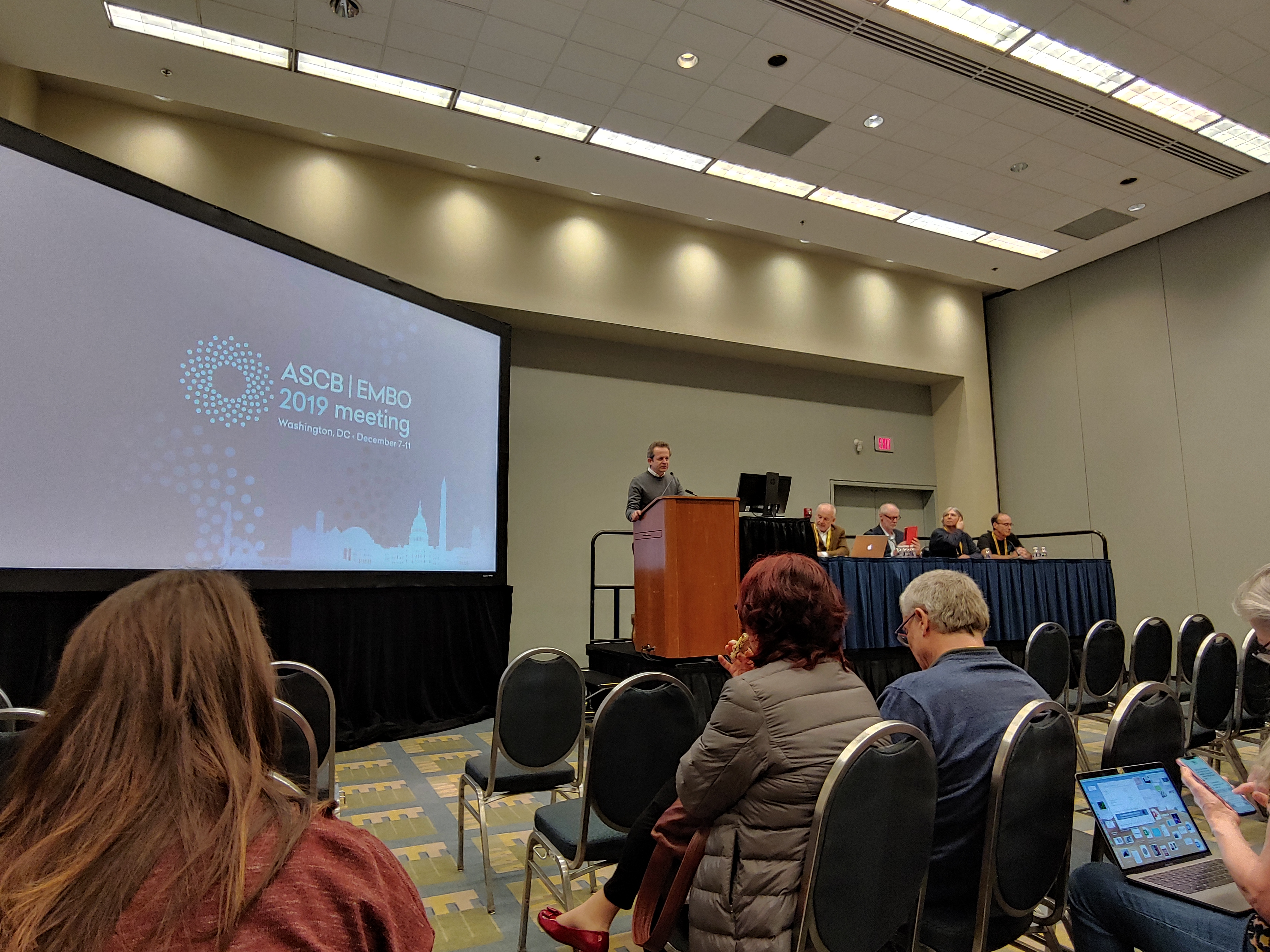 Many scientists in the audience expressed concerns how the weight that publications hold over their careers and the limitations it places on making changes to the existing system. Each panelist stated that there needs to be new ways to evaluate scientific papers that minimizes the negative consequences for scientists. Jean-Claude Burgelman, Head of Unit Open Science, Directorate-General for Research and Innovation, European Commission, believes that this can be achieved with a "zero-sum game", where there can be return on investment for science, scientists, and funding agencies.

The session was intentionally designed to bring the scientific community to the table to help shape how they think science should be done. Several of the panelists believed that scientists should take responsibility and express the changes that they would like to see in the system. Without buy-in from the scientific community, open science will not be successful.

On the other hand, funding agencies and universities must also change their practices to accommodate open science, offering new incentives and institutional changes that make open science possible. One example is preprint publishing, which provides unrestricted access to thousands of scientific papers to the public. It is a great first step in the path towards truly open science.

With open science comes sharing data and concerns over data protection and data integrity. These are essential questions that must be solved in order to reach truly open science. Jodie Nunnari, University of California, David and Chief editor of the Journal of Cell Biology, suggests that real-time data platforms can virtually eliminate the reproducibility crisis and speed innovate in an open system. Although she cautions that peer-review and open access are different.

The attitude among the panel was positive with many of them stating that "progress is being made," offering hope that change is on the horizon.


What do you think is the path towards open science? Do you think it's possible? What changes, as a researcher, would you like to see in the system? Contact the editor today to learn more.

If you like this content, please share it with a colleague!
Related Reading
EMBO & ASAPbio unite with new preprints platform
EMBO Press and ASAPbio announced on September 30, 2019, that they have partnered to create Review Commons, a brand-new platform to facilitate...
Innoplexus & ChemAxon partner on life science data
Innoplexus announces an official partnership with ChemAxon on September 20, to enable companies to find and connect information in the pharmaceutical...
The European Commission pursues open science and why it’s important
Scientists believe that there is a reproducibility crisis in the scientific community where many scientists fail to reproduce experiments, according to...
Copyright © 2019 scienceboard.net