In an attempt to combat bacterial infections, Locus Biosciences is developing bacteriophage therapies that deliver CRISPR-Cas3 machinery directly to specific, targeted pathogens to obliterate them. Locus CEO Paul Garofolo discusses the company's technology and recent updates with The ScienceBoard.net.

Locus Biosciences comes from humble beginnings. In fact, it was more of a project than a fully fleshed out business plan. In the spring of 2015, Garofolo participated in an executive-in-residence program at the Poole College of Management as part of the Technology, Entrepreneurship, and Commercialization (TEC) Program at North Carolina State University (NC State). 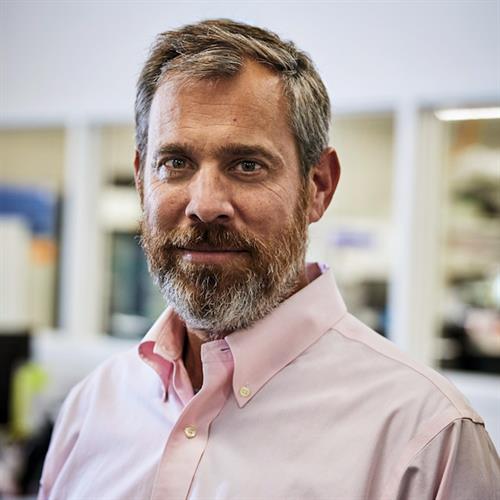 As part of an entrepreneurship class, Garofolo was assigned to work with a team of students to develop a new business idea.

One student, Ahmed Gomaa, a PhD student at the time, came to the group excited about the idea of CRISPR-Cas3 systems. Ahmed explained how CRISPR-Cas3 works more like PacMan than as a pair of scissors. The team decided to pursue Ahmed's plan and presented their work at the end of the semester.

Garofolo, along with two NC State professors and one student, worked out a startup arrangement with the university and the company was officially launched in May 2015 -- just three weeks after the entrepreneurship course finished. The company quickly moved into a lab on NC State's centennial campus and then to the main campus for a year before moving to a more permanent location in Research Triangle Park.

From the beginning, the Locus team knew that they had a powerful tool. But they were missing an important component to the system -- the delivery vector. During the first few years, the team worked through several options, including peptides, nanoparticles, and phages.

"Phage pretty quickly filtered to the top - in safety profile and use in humans," Garofolo explained.

By the time that Locus was moving off campus, in late 2016, they knew they had a working product and began to amass preclinical data. Throughout 2017, they continued to build out their preclinical animal dataset and closed $19 million in series A financing. They settled on their first lead asset for recurrent urinary tract infections, and this is when Locus really began to take off, according to Garofolo.

With a plan in place, Locus was able to meet with the U.S. Food and Drug Administration (FDA) in early 2018 to review its plan to submit an investigational new drug application for urinary tract infection and advance the candidate towards clinical trials.

Generally, the company gets 100-1,000 times greater activity in preclinical testing compared to standard of care antibiotics. This is achieved by delivering CRISPR-Cas3 systems that directly target specific pathogens, via engineered bacteriophages as part of CRISPR Cas3-enhanced bacteriophage (crPhage).

This novel modality gives the company precise control to target individual bacterial species of interest. These powerful tools immediately gained the attention of the industry, spurring collaboration and partnerships.

In January 2019, the company landed its first strategic partnership with Johnson & Johnson for the development, manufacture, and commercialization of crPhage targeting infections of the lung and other organs caused by two common pathogens.

The company announced on September 30 that it has partnered with the U.S. Biomedical Advanced Research and Development Authority (BARDA) on its lead asset -- the one they decided on back in 2018 -- targeting recurrent urinary tract infections caused by Escherichia coli. The groups will co-fund the development of this product through phase II/III clinical trials.

More recently, on November 10, the company announced that it had joined forces with the Combating Antibiotic-Resistant Bacteria Biopharmaceutical Accelerator (CARB-X) on a second crPhage product targeting recurrent urinary tract infections caused by Klebsiella pneumoniae. This partnership will fund preclinical and phase I clinical development of the product.

Working with bacteriophages is advantageous for Locus, according to Garofolo. This is because there are already many generally recognized as safe (GRAS) phage products in the U.S. for food processing and agricultural applications. Given that, the FDA was very familiar with phages when Locus began regulatory discussions with the agency.

Garofolo explained that the company's experience in working with the FDA's Office of Vaccine Research and Review in the Center for Biologics Evaluation and Research has been extremely collaborative.

Because of the agency's familiarity with phage therapy, quality measures for clinical trial material such as identity testing, purity testing, and primary item specifications were relatively straightforward, as they already had a track record for evaluation. The agency and the company were already on the same page about potential manufacturing impurities inherent to bacteriophages (e.g. endotoxins).

Another benefit of working with phages versus other biologics is that phages can't infect human cells. Garofolo describes this as a huge win for the company.

On the other hand, phages are notoriously difficult to manufacture. In fact, Garofolo explained how in his whole professional career, prior to Locus, he did everything he could to avoid "phage-out" (many pharmaceutical biologic manufacturing processes are particularly susceptible to damage by bacteriophages). Therefore, the primary challenge in manufacturing Locus' crPhage product was getting a mainstream manufacturing organization to allow its phage product in the facility.

To overcome this, the company made a $12 million investment to internalize good manufacturing practice (GMP) capabilities with a 10,000-sq-ft facility. Now, the company has the independence to manufacture at will without the timing problems that other startup or medium sized biotech companies experience in working with contract manufacturing organizations (CMOs).

Currently, Locus is focused on finishing its phase I clinical trial of lead asset No. 1 (recurrent urinary tract infection caused by E. coli.). Garofolo reported that Locus just finished enrolling patients in their first phase I clinical trial, and they expect to report topline results in early 2021.

The company is also exploring applications of crPhage beyond infectious diseases. They have some interest in pursuing immunology indications including Crohn's disease and colitis, and they also have several oncology targets in mind.

"Wherever you know the bug that you need to get out of the body to have a therapeutic effect, we've got the world's most powerful tool to remove that bug," Garofolo explained. 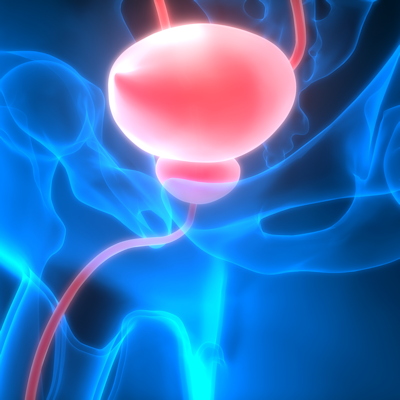