July 15, 2020 -- Moderna is reporting positive results with a COVID-19 vaccine candidate it is developing. The candidate, messenger RNA (mRNA)-1273, was safe and triggered immune responses in healthy adults, according to new results published July 14 in the New England Journal of Medicine.

Moderna's ongoing phase I trial for the vaccine, which is supported by the U.S. National Institutes of Health's National Institute of Allergy and Infectious Diseases (NIAID), prompted neutralizing antibody activity in humans, according to the published results.

The vaccine, which was co-developed by the institute and Moderna, aims to induce neutralizing antibodies directed at a portion of the coronavirus spike protein, which the virus uses to bind to and enter human cells. 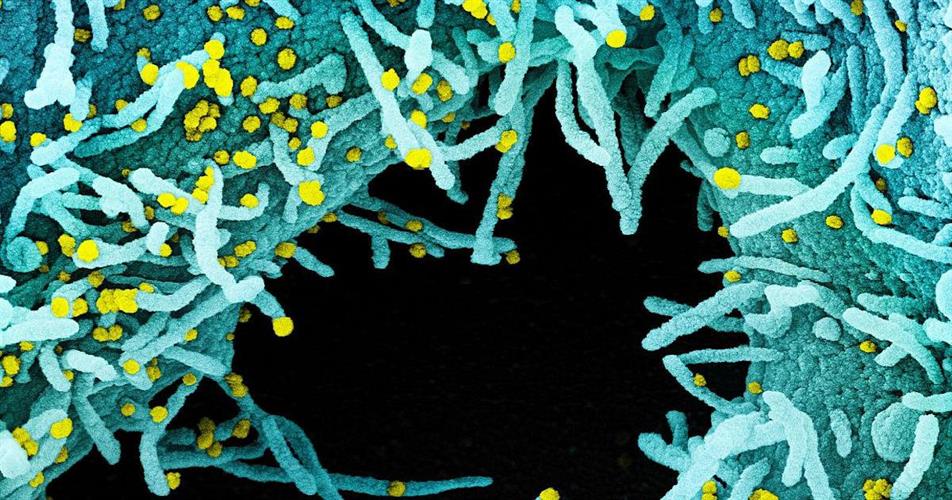 Colorized scanning electron micrograph of a cell heavily infected with SARS-CoV-2 virus particles (yellow), isolated from a patient sample. The black area in the image is extracellular space between the cells. Image captured at the NIAID Integrated Research Facility in Fort Detrick, MD. Image courtesy of NIAID.

Though no serious adverse events were reported, more than half of the participants reported fatigue, headache, chills, and pain at the injection site. Systemic adverse events were more common following the second vaccination and in those who received the highest doses of the shot. Those side effects and data will be used to plan for the next phases of clinical trials.

Phase II of the trial began enrollment in May, and a phase III efficacy trial is set to begin in July.