December 9, 2022 -- Researchers at University of California San Francisco (UCSF), in collaboration with a team at IBM Research, have developed a virtual molecular library of thousands of “command sentences” for cells, based on combinations of “words” that guide engineered immune cells to seek out and kill cancer cells without pausing.

Much of therapeutic cell engineering involves choosing or creating receptors that, when added to the cell, will enable it to carry out a new function. Putting the right receptor -- a chimeric antigen receptor (CAR) -- into a T cell can reprogram it to recognize and kill cancer cells. While CAR T cells are engineered with receptors instructing them to kill cancer, they take breaks, which can result in continued cancer growth. CARs have been effective against some cancers but not others, according to the researchers.

For their study, published December 8 in the journal Science, Wendell Lim, PhD, the Byers Distinguished Professor of Cellular and Molecular Pharmacology and director of the UCSF Cell Design Institute, and Kyle Daniels, PhD, lead author and researcher in Lim's lab, focused on the part of a receptor located inside the cell, containing strings of amino acids referred to as motifs. Each motif acts as a command "word," directing an action inside the cell. How these words are strung together into a "sentence" determines what commands the cell will execute.

The team combined the command "words" in different ways to generate a receptor that would enable the CAR T cells to finish the job without taking a break. They made a library of nearly 2,400 randomly combined command sentences and tested hundreds of them in T cells to see how effective they were at striking leukemia.

Daniels then partnered with computational biologist Simone Bianco, PhD, a research manager at the IBM Almaden Research Center at the time of the study and now director of Computational Biology at Altos Labs. Bianco and his team, researchers Sara Capponi, PhD, from IBM Almeden, and Shangying Wang, PhD, from Altos Labs, applied novel machine-learning methods to the data to generate entirely new receptor sentences that they predicted would be more effective.

The team found that libraries built from minimal building blocks of signaling, combined with machine learning, can efficiently guide the engineering of receptors with desired phenotypes.

"We changed some of the words of the sentence and gave it a new meaning," said Daniels. "We predictively designed T cells that killed cancer without taking a break because the new sentence told them, 'Knock those rogue tumor cells out, and keep at it.'"

The researchers believe this approach will generate cell therapies for autoimmunity, regenerative medicine, and other applications. Daniels is interested in designing self-renewing stem cells to eliminate the need for donated blood. 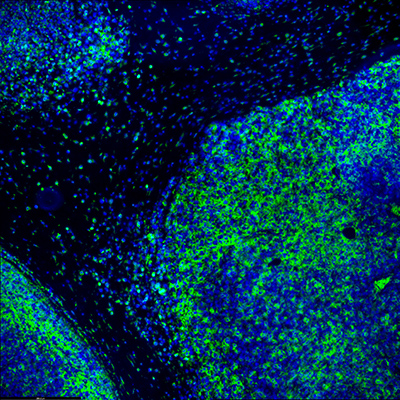 Researchers slash time needed to produce CAR T cells for cancer patients in need
Researchers at University Hospitals Seidman Cancer Center and their collaborators have streamlined the production of CAR T cells, a mainstay of modern... 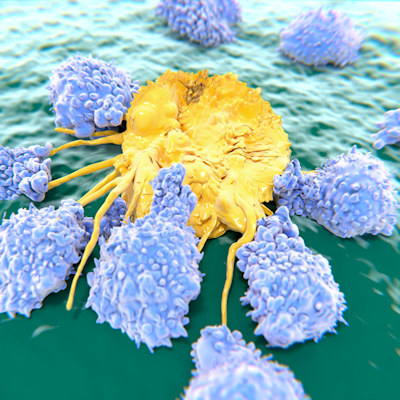