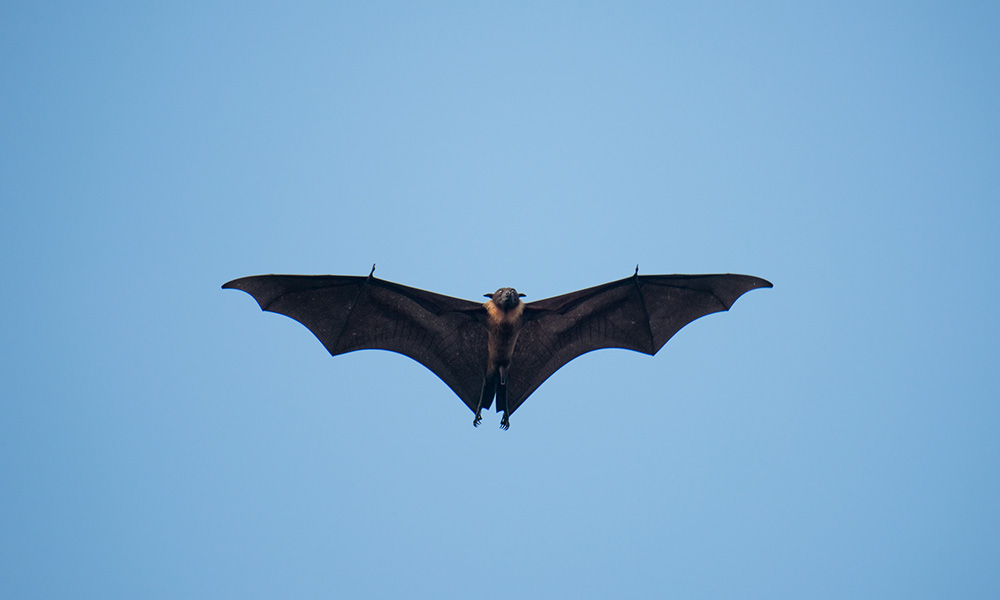 Bats -- the only flying mammals -- are highly mobile, constantly bringing new pathogens into their communities. Image courtesy of Getty Images.