mRNA vaccines are successful for COVID-19. But what about cancer?

February 17, 2021 -- Advances in platform technology for the development of messenger RNA (mRNA) vaccines have led to the authorization of several COVID-19 vaccines. But scientists are also working on developing mRNA vaccines to protect against or treat other diseases, such as cancer. This includes a hydrogel-based RNA vaccine, the design of which is discussed in an article published in Nano Letters on February 1.

RNA-based cancer vaccines are designed to translate tumor-associated antigens in antigen-presenting cells with the goal of triggering CD4+ and CD8+ T cells to eliminate or reduce tumor burden. There are several obstacles to achieving success with RNA vaccines, including inherent instability and low cellular uptake of mRNA in combination with the need for targeted delivery to specific immunological tissues. Technologies that can help protect RNA vaccines from degradation and deliver them to the proper tissues are critical to advancing these therapies.

Researchers have tried using nanoparticles to deliver mRNA to target tissues, but they persist for only one to two days after injection -- not enough time to mount a complete immune response. Alternatively, hydrogel has been used for long-term release of other encapsulated therapeutic agents. The agent can be released from the hydrogel through concentration gradient or degradation of the hydrogel.

While this solves one problem of sustained release, there is still the issue of degradation of the RNA vaccine before it can enter antigen-presenting cells. Including an adjuvant, such as a toll-like receptor (TLR) agonist, in RNA vaccines can help trigger the immune system and initiate innate and adaptive immune responses.

Using this combination strategy, researchers from the National Center for Neuroscience and Technology in China designed an in situ transformable hydrogel containing an RNA vaccine and adjuvant for cancer immunotherapy. They used graphene oxide, which has a large surface area, translating to high drug-loading efficiency.

The researchers selected resiquimod (R848), a hydrophobic TLR7/8 agonist, as the adjuvant and ovalbumin encoding mRNA (mOVA) as a model mRNA vaccine. The mOVA was bound to low molecular weight polyethylenimine (LPEI). Ultimately, graphene oxide and LPEI were mixed and fabricated with electrostatic interactions to encapsulate R848 and mOVA within an injectable hydrogel.

The in vitro data indicated that the hydrogel nanoparticles were taken up by cells via endocytosis. The expression of the ovalbumin protein in antigen presenting cells was confirmed with western blot and enzyme-linked immunosorbent assay (ELISA).

The scientists noted that expression of the protein was enhanced when the adjuvant was included in the formulation, likely due to an enhanced cellular delivery. Significant antigen presentation of the ovalbumin peptide on major histocompatibility complex class I was observed in treated dendritic cells, demonstrating a successful antigen presentation.

Long-term release of the RNA vaccine-adjuvant hydrogel was studied by subcutaneously injecting the material in mice with the goal of delivering nanoparticles to the lymph nodes. The researchers confirmed that some of the mOVA was still encapsulated in the hydrogel 30 days after injection.

The amounts of mOVA were continually decreased over the 30-day period. By analyzing the lymph nodes after injection, the team confirmed that the nanoparticles were delivered to the lymph nodes with minimal distribution to other major organs.

In melanoma mouse models, the researchers demonstrated that the RNA vaccine-adjuvant hydrogel nanoparticles inhibited tumor growth. The mOVA plus adjuvant formulation had the highest therapeutic efficacy, which the authors suggested could be due to the integration of better antigen presentation, targeted lymph node delivery, and long-term release capability.

Overall, the results demonstrate that the hydrogel has great potential for achieving long-lasting and efficient cancer immunotherapy with only a single treatment.

Do you have a unique perspective on your research related to cancer or immunology? Contact the editor today to learn more. 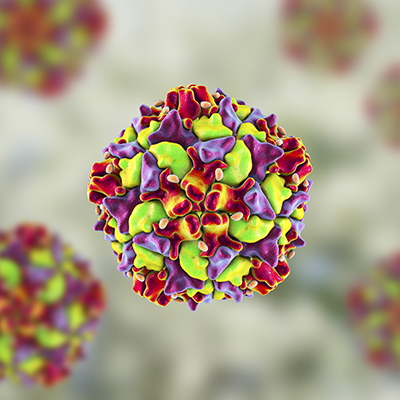 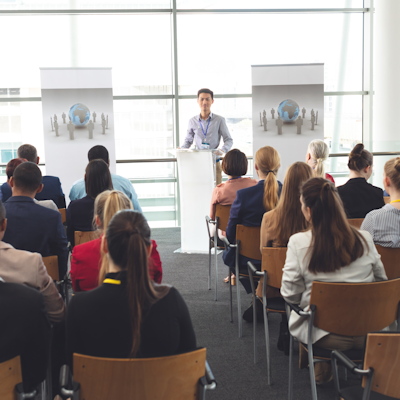