As a front-line defense, the innate immune system often deploys the melanoma differentiation-associated protein 5 (MDA5) to detect viruses. MDA5 is a retinoic acid-inducible gene I (RIG-I)-like receptor (RLR) that when activated establishes an antiviral state by producing type I and III interferons (IFNs) that in turn propagate antiviral signaling by upregulating IFN-stimulating genes (ISGs).

RLRs survey the cytoplasm for viral RNAs. Subsequent binding with viral RNA leads to their signaling-primed conformation that allows for the recruitment of several enzymes. Posttranslational modification, namely dephosphorylation, allows this binding and induction of IFNs.

One of the posttranslational modification processes is called ISGylation, a protein modification in which interferon-stimulated gene 15 (ISG15), a ubiquitin-like protein, is covalently conjugated to lysine residues on newly synthesized proteins. While it is known that ISG15 is broadly antiviral, mechanisms of host protein ISGylation were previously unknown. 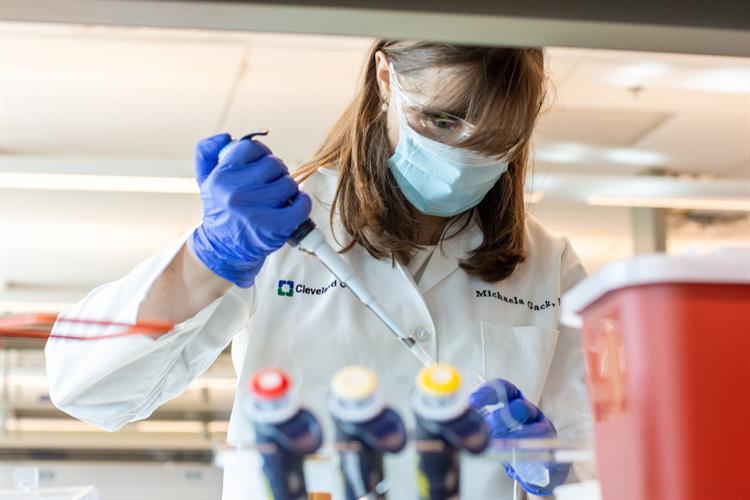 The researchers used liquid chromatography with tandem mass spectrometry (LC-MS/MS) and immunoblotting analyses to reveal that ISG15 binds to and modifies MDA5. They also confirmed that MDA5 activation led to antiviral gene and protein expression of the IFN-beta messenger RNA and protein, as well as other cytokine transcripts.

In ISG15 deletion models, IFN-beta production, as well as additional cytokine gene expression, were strongly attenuated (weakened). The team showed that the conjugation of ISG15 at lysine residue 23 and 43 during ISGylation is essential for MDA5-mediated cytokine responses.

Interestingly, viruses can use the ISGylation process to repress the activity of MDA5. The researchers determined that this process is dependent on viral dephosphorylation of the serine 88 residue in MDA5, which leads to a decline in ISGylation primarily through inhibition of protein phosphatase 1 (PP1).

"While discovery of a novel mechanism of immune activation is exciting on its own," Gack said, "we also discovered a bit of bad news, which is that SARS-CoV-2 also understands how the mechanism works, considering it has already developed a strategy to block it."

The SARS-CoV-2 PLpro has been shown to suppress IFN-mediated antiviral responses through deubiquitinating and de-ISGylating activities. As MDA5 is a known sensor for detecting coronaviruses, the researchers wanted to examine whether the SARS-CoV-2 PLpro enzymatically removes MDA5 ISGylation to antagonize innate immunity.

The team first confirmed that SARS-CoV-2 RNA robustly induced IFN transcripts, but the induction was diminished when ISG15 or MDA5 genes were silenced, indicating that SARS-CoV-2 RNA pathogen-associated molecular patterns are primarily sensed by the ISG15–MDA5 axis.

Specifically, SARS-CoV-2 PLpro inhibits the ISGylation-dependent MDA5 higher-order structure formation via its enzymatic activity and may be widely conserved among coronaviruses. The researchers found that MDA5 is a direct target of PLpro. This direct de-ISGylation mediated by the PLpro of SARS-CoV-2 antagonizes ISG15-dependent activation of MDA5.

"SARS-CoV-2 has evolved quickly against many of the body's well-known defense mechanisms," Gack said. "Our findings, however, offer insights into a never-before characterized mechanism of immune activation and how PLpro disrupts this response, enabling SARS-CoV-2 to freely replicate and wreak havoc throughout the host. We discovered that inhibiting PLpro may help rescue the early immune response that is key to limiting viral replication and spread."

Cumulatively, this demonstrates that the PLpro enzyme physically interacts with the MDA5 receptor to inhibit the ISGylation process.

"We're already looking forward to the next phase of study to investigate whether blocking PLpro's enzymatic function, or its interaction with MDA5, will help strengthen the human immune response against the virus," Gack said. "If so, PLpro would certainly be an attractive target for future anti-COVID-19 therapeutics."

Do you have a unique perspective on your research related to infectious disease or virology? Contact the editor today to learn more. 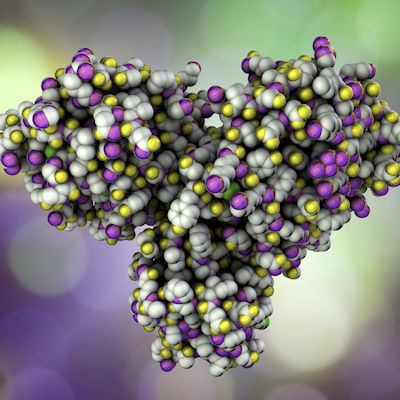