Microbes shape antibodies prior to infection

August 6, 2020 -- Genetic analysis of antibodies reveals how microbes in the intestines impact overall B-cell populations and humoral responses to pathogens. The research was published in Nature on August 5.

B cells are white blood cells that play an important role in humoral immunity by secreting antibodies. Mammalian immunoglobulins are composed of heavy and light chains assembled from gene segments during B-cell development.

IgG is a type of antibody that is commonly found in blood circulation. They are created and released by plasma B cells and represent around 75% of all serum antibodies.

In contrast, IgA is an antibody that is produced in association with mucosal membranes, and the amount of this type of antibody is greater than all other types of antibodies combined.

Wide-ranging immunoglobulin repertoire and antigen recognition is attributed to the genetic and structural diversity of immunoglobulin loci. This is further increased by additional nucleotide insertion during recombination and somatic mutation or class-switch recombination from IgM and/or IgD to IgG, IgE, or IgA. Ultimately, this immune system has the ability to respond to a huge variety of antigens.

It is known that intestinal microbes trigger expansion of B-cell populations and subsequent antibody production, but the process is not well understood. Therefore, in the Nature paper, researchers from the University of Bern describe how they sought to demonstrate how individual benign intestinal microbes impact the antibody repertoire.

The availability of antibodies varies in the body

"Interestingly, this is rather predictable depending on the microbe concerned and where it is in the body, indicating that the intestinal microbes direct the development of our antibodies before we get a serious infection and this process is certainly not random," explained Stephanie Ganal-Vonarburg, PhD, from the University of Bern, in a statement.

A key finding of the research was that IgG diversity was considerably increased after systemic exposure whereas no increase in IgA diversity was found in any tissue after mucosal exposure. This suggests that antibodies function distinctively in different parts of the body. Overall, the researchers found that the range of antibodies produced by mucosa is significantly less than that produced by central body tissues.

How antibodies respond throughout the body

The researchers also wanted to understand how IgA and IgG repertoires build up with successive transitory exposures to different microorganisms. To test this, they exposed germ-free mice to microbes systemically or via mucosa in sequential order and measured antibody responses.

They found that mucosal exposure could generate a small IgG response and systemic exposure generated a specific yet limited IgA response in the intestines. This confirms that both mucosal and systemic immune systems can be primed by microbial exposure from either mucosal or systemic exposure. In this way, intestinal microbes sensitize the central immune tissues to produce antibodies if the microbe gets into the bloodstream.

The IgG response to any given microbe is unrestricted, irrespective of exposure order, indicating that the system produces new antibodies to microbes without compromising previous immune responses or antibodies. Alternatively, sequential exposure of bacteria in the intestines causes existing IgA to adapt and accommodate each new microbe, resulting in overlapping antigen exposure. This suggests that the immune system has several options to eliminate pathogens in the body, whereas in the intestines microbes are bound to antibodies as they come across them.

"Our data show for the first time that not only the composition of our intestinal microbiota, but also the timing and sequence of exposure to certain members of the commensal microbiota, happening predominantly during the first waves of colonization during early life, have an outcome on the resulting B cell receptor repertoire and subsequent immunity to pathogens," said Dr. Hai Li from the biomedical research department at the University of Bern.

Do you have a unique perspective on your research related to microbiome or infectious disease research? Contact the editor today to learn more. 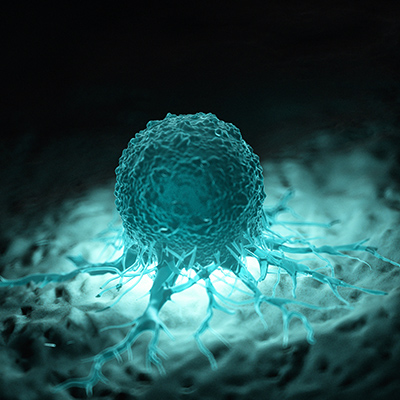