Genomic landscape of osteosarcomas reveals why immunotherapy may not be effective

February 21, 2020 -- Immune profiling of osteosarcoma has revealed why immune checkpoint inhibitors might not be an effective treatment option for patients with this rare type of cancer, according to new research published online February 21 in Nature Communications.

The research team from the University of Texas MD Anderson Cancer Center believes this knowledge will pave the way for clinical trials that combine immunotherapy agents with targeted or cell-based therapies.

"By understanding the interplay between tumor genomics and the immune response, we are better equipped to identify osteosarcoma patients who are more likely to benefit from immunotherapy," said study co-author Dr. J. Andrew Livingston, an assistant professor of sarcoma medical oncology and pediatrics at MD Anderson, in a statement. 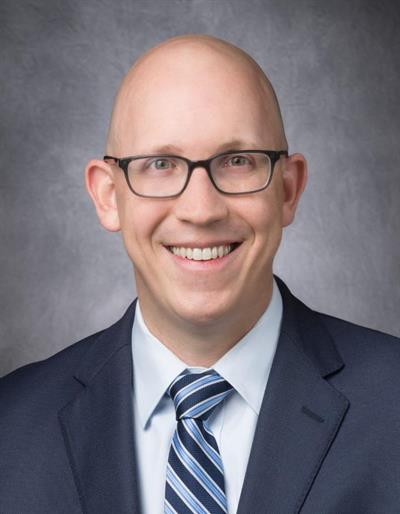 Osteosarcoma is the most common primary solid tumor originating from bone and occurs in adolescents and young adults. Only around 900 cases are diagnosed each year in the U.S., according to the American Cancer Society. When caught early, combination treatments of chemotherapy and surgery achieve survival rates of about 70%, but metastatic osteosarcoma survival rates are dramatically lower at about 20% to 30%.

This cancer is characterized by high levels of chromosome structural variations, rearrangements, and mutation clusters that result in significant disease heterogeneity. Genomic instability observed in osteosarcoma suggests that immunotherapies might be a successful treatment option, as they target antigens. Researchers have identified signaling pathways that are disrupted as a result of the disease, such as the PI3K/mTOR pathway, IGF signaling, and Wnt signaling. Despite these efforts, however, targeted therapies such as immune checkpoint inhibitors have not been efficacious.

The MD Anderson researchers wanted to understand why immune checkpoint inhibitors have so far been ineffective for treating osteosarcoma. They sought to characterize the immune profile of osteosarcoma tumors with a multiplatform approach.

They observed very few differences in the genomic landscape and expression profiles among samples. Although the high level of genomic rearrangements observed in the samples should have been high enough to elicit an immune response, the increased number of neoantigens (antigens caused by cancer-derived mutations) did not affect immune infiltration into tumors. In other words, neoantigens did not stimulate an immune response to tumors.

Moreover, the samples showed high T-cell density but low T-cell activity in tumors, as indicated by low clonality. The degree of immune cell infiltration into osteosarcoma tumors was generally lower than that of other tumor types, including lung cancer and melanoma.

Interestingly, the researchers observed that increased expression of the gene PARP2, a potential target for immune checkpoint inhibitors, was associated with cold osteosarcomas. They suggest that it would be valuable to explore the possibility of a combination treatment of PARP inhibitors and checkpoint blockers for osteosarcomas.

"These findings lay the groundwork for novel clinical trials combining immunotherapy agents with targeted or cell-based therapies to improve outcomes for our patients," Livingston said.


Do you have a unique perspective on your research related to immunotherapies? Contact the editor today to learn more.

If you like this content, please share it with a colleague!
Related Reading
Genomics sheds light on the life history of cancers
As part of a special collection of papers on pan-cancer analysis of whole genomes published online by Nature on February 6, an international...
Math models improve the effectiveness of immunotherapy
Scientists working at the intersection of math and medicine propose new strategies based on mathematical modeling and known molecular mechanisms to improve...
Improving melanoma immunotherapies by regulating Treg proliferation
A new pathway to regulating anti-tumor immunity and increasing the effectiveness of PD-1 therapies was identified by scientists at Sanford Burnham Prebys...
Copyright © 2020 scienceboard.net