October 20, 2021 -- Researchers have developed a novel computational platform that identifies the best viral vector to deliver a gene therapy to its target. The technology, described October 19 in the journal eLife, promises to speed development of adeno-associated virus (AAV)-mediated gene therapies against vision loss and other disorders.

The scientists named their system scAAVengr, which stands for single-cell AAV engineering pipeline. As a proof-of-concept demonstration on animal models, they used scAAVengr to identify the top-performing viral vectors to deliver therapeutic genes to a macaque retina and to a mouse brain, heart, and liver.

"A rising tide lifts all boats, and we hope that this technology propels gene therapy treatments not just in the field of vision restoration but for other purposes," senior author Leah Byrne, PhD, assistant professor of ophthalmology at the University of Pittsburgh School of Medicine, said in a statement. "Rapidly developing fields of gene editing and optogenetics all rely on efficient gene delivery, so the ability to quickly and strategically choose the delivery vectors would be an exciting leap forward."

AAV-mediated gene therapies use an inactivated version of the AAV as a vector to deliver a working copy of a defective gene into the cells relevant for a given disease. The approach has successfully delivered therapeutic genes to cells in the eye, liver, brain, muscle, and other organs.

This success spawned the field of AAV engineering, which seeks to facilitate the success of AAV gene therapy by increasing AAV transduction efficiency, vector tropism, and the ability of the vector to avoid the host immune response through genetic modifications.

However, a significant problem remains: how to compare potential AAV vector candidates quantitatively in order to select the best vector for the job. The traditional method for evaluating AAVs is painstakingly slow, requiring several years and many experimental animals, presenting both ethical and financial problems.

The scAAVengr system uses single-cell RNA sequencing to simultaneously quantify and rank the efficiency of competing AAV vectors across all cell types in the same animal. In the scAAVengr workflow, an AAV library of dozens of variants is packaged, pooled, quantified by deep sequencing, and then injected into the targets of interest (eye, liver, brain, muscle, etc.). Each variant in the library is packaged with a green fluorescent protein (GFP) transgene fused to a unique barcode, which allows for subsequent identification of successful variants (those leading to transgene expression in the target nucleus). 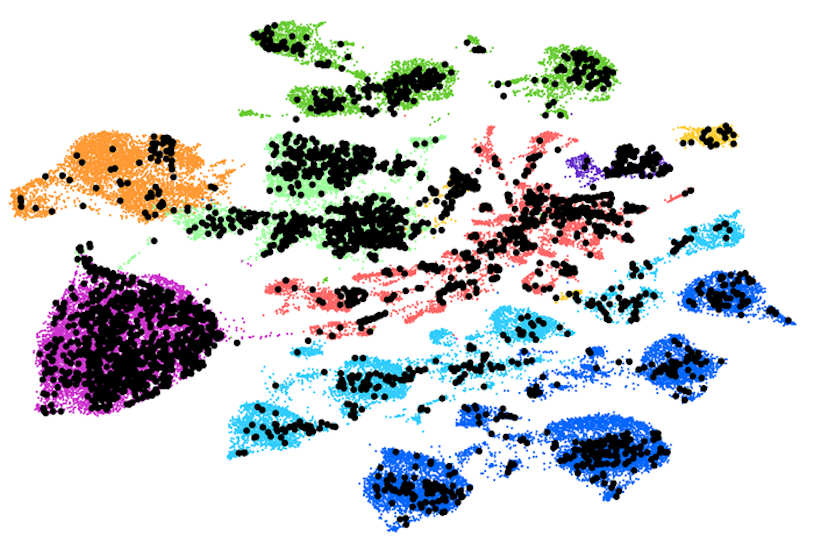 A color-coded map shows different cell types in a retina infected with the gene-carrying AAV. Image courtesy of Leah Byrne.

Because all the competing AAV vectors are simultaneously evaluated and ranked across different cell types in vivo, the process, which requires about eight weeks from start to finish, is considerably faster than the traditional approach (which can take years), and requires only one experimental animal.

As a proof of concept, the scientists used the scAAVengr pipeline to identify a top-performing AAV variant, K912, and then injected it intravitreally to deliver SaCas9 and edit the rhodopsin gene in a macaque retina. The results showed that the actual gene editing efficiency was similar to what was predicted by the scAAVengr workflow.

Approximately 1 in every 3,000 people worldwide carries one or more copies of broken genes that cause retinal degeneration and loss of vision, seriously disrupting the lives of patients.

"Vision loss has a huge impact on quality of life," Byrne said. "It has long been near the top of the greatest fears of people, alongside cancer and Alzheimer's disease."

Today, with several gene therapies already on the market in Europe and the U.S., and dozens more entering clinical trials, the prognosis has never been brighter for those with inherited retinal diseases. However, a key element in the success of the therapies is the ability to precisely deliver the new genes into the exact cells where they are needed. This task is particularly difficult in the retina, which is composed of hundreds of millions of cells that are arranged into a series of layers.

The success of the scAAVengr pipeline at selecting an optimal AAV vector for the macaque retina is encouraging in this regard, since the retinas are structurally quite similar across the two species. All primate retinas have a macula and foveal pit, which is the region of the retina responsible for high acuity vision in humans.

"The field of vision restoration has entered a new era, where many patients have received effective treatment for the very first time," Byrne said. "Because of that, the potential of our new platform is thrilling -- it will allow us to translate emergent therapies that are already working for some patients into the clinic much more rapidly." 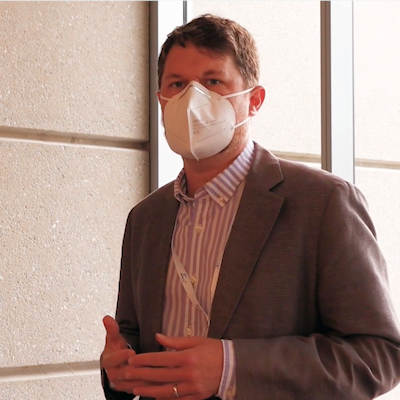