July 22, 2018 -- Here at The Science Advisory Board, we are covering a variety of different technologies you may be familiar with or use at your place of research. This week is all about Mass Spectrometry. Today’s piece will discuss gas chromatography-mass spectrometry (GC/MS). GC/MS is a technique used to identify components of complex mixtures and determine the molecular weights of the compounds. I will focus more specifically on the mass spec component as the gas chromatography mechanism can be read about in our chromatography series.

After the solution completes the gas chromatography stage, the compounds are converted to ions. Electron Impact (EI) ionization or Chemical Ionization (CI) methods will be used. When EI is applied, electrons bombard the sample molecule, which in turn strips an electron from the sample to form a positive molecule or fragment ions. CI is ideal for more fragile compounds that would otherwise fragment under EI conditions. 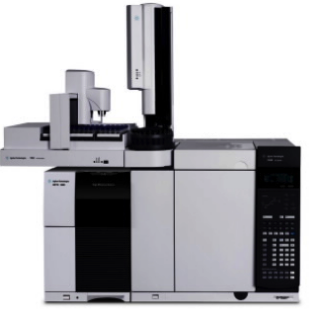 Mass analyzers used in GC/MS include quadrupole, ion trap, time-of-flight (TOF) and Q-TOF. Quadrupole mass analyzers contain four parallel rods. By simultaneously changing the DC and RF amplitudes applied to the rods, ions of various sizes can pass through the quadrupole to the detector. Ion traps will use an electric field that is generated by a sandwich geometry in which a space is bounded in three dimensions by ring and cap electrodes on each end. Ions of a selected range of m/z ratios are trapped in the space bound by the electrodes, and the electric field is varied to eject ions of increasing m/z for detection. Ion trap technology can also perform multiple MS/MS dissociations. In a TOF mass analyzer, the pulsed mode is used as opposed to continuous. By doing this, all of the ions are accelerated to the same kinetic energy and pulsed into the field-region of the flight tube. Ions with different m/z ratios arrive at the detector at different times; the lighter the ion, the higher the velocity, and thus the earlier detection time. 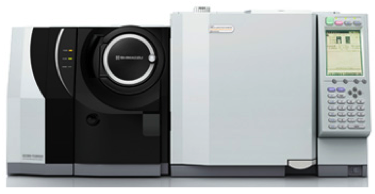 GC/MS is a highly sensitive and versatile system that can be employed in applications ranging from quality control to pharmaceutical analysis to environmental monitoring. More specifically, GC/MS has been used frequently to monitor organic pollutants on our planet such as chloro-phenols in water to halogenated pesticides in our soils. GC/MS is also used when studying esters, fatty acids, and alcohols. This technique can be found in our food and beverage industry in order for regulatory agencies to determine contaminants and spoilage. We also see GC/MS show up in forensics, be it to determine poisons, steroids, or biological specimens of suspects or victims. Most recently GC/MS has been used to detect inherited metabolic diseases in newborns. This method is a simple and effective way to provide an early diagnosis in combination with isotopic labeling of the metabolite. This technique has a broad range of uses in science and technology. At The Science Advisory Board we look forward to seeing how GC/MS could be employed in future applications.

Where do you see GC/MS technology headed? How is GC/MS used in your work? Share your thoughts below!