What is the impact of aerosolized SARS-CoV-2 in hospitals?

April 27, 2020 -- A study evaluating viral RNA from two hospitals in Wuhan, China, during the COVID-19 outbreak reveals that although there are several hotspots for airborne viral RNA within hospitals, the implementation of careful sanitization, proper ventilation, and open spaces can reduce the risk of exposure to the airborne virus. The results were published online in an April 27 article in Nature.

According to the U.S. Centers for Disease Control and Prevention (CDC), the SARS-CoV-2 virus in humans is thought to mainly spread between people through inhalation of respiratory droplets laden with the virus, as well as by touching contaminated surfaces followed by touching susceptible areas of the body, like the mouth, nose, or eyes.

It is possible that SARS-CoV-2 may also be spread by aerosolized particles. Several other respiratory diseases are spread by the airborne route, including tuberculosis, measles, and smallpox. Furthermore, a retrospective study of the 2003 severe acute respiratory syndrome (SARS) epidemic showed that the airborne spread of the disease played an important role in transmission. However, very little is known about the aerodynamic properties and transmission pathways of SARS-CoV-2 in aerosols, likely due to the difficulty of sampling and low-concentration quantification.

In the current study, a group of Chinese researchers led by Yuan Liu, PhD, of Wuhan University sampled the aerosol deposition of SARS-CoV-2 from 30 locations within two Wuhan hospitals and subsequently quantified the SARS-CoV-2 copy counts of aerosol samples using a robust droplet digital polymerase chain reaction (PCR)-based detection method (ddPCR). The two hospitals were used exclusively for the treatment of patients with COVID-19 during the outbreak -- one was a university hospital designated for the treatment of severe cases, while the other was a field hospital used to treat patients with mild cases.

Samples were collected from patient areas, medical staff areas, and public areas within the hospitals. The researchers collected three types of samples:

Generally, the researchers found very low or nondetectable concentrations of airborne SARS-CoV-2 in patient areas of the university hospital, which they attributed to effective isolation and high air exchange. The highest concentration of SARS-CoV-2 in patient areas of the field hospital was found in mobile patient toilet rooms (approximately 1-sq-m spaces with no ventilation).

Again, medical staff areas in the university hospital had lower concentrations of the virus compared with the field hospital. Particularly high concentrations of SARS-CoV-2 were observed in protective apparel removal rooms. The Liu and colleagues suggest that virus-laden aerosols can become resuspended in the air when staff remove their protective equipment.

Relatively high amounts of aerosol deposition in patient rooms could also lead to surface contamination and contact by susceptible people. Even higher levels were observed in the field hospital where patient areas were not ventilated or isolated from hallways. After reducing patient concentration and implementing rigorous and thorough sanitization measures, the concentration of SARS-CoV-2 was reduced to nondetectable levels. This emphasizes the importance of sanitization in high-risk areas for controlling the spread of disease, the authors noted.

Despite the small sample size of this study, Liu and colleagues advocate for the ventilation and sterilization of toilets in patient areas and other high-risk areas within hospitals as potential sources of SARS-CoV-2 spread, avoidance of crowds to reduce the risk of exposure to the virus, and the implementation of early identification and diagnosis of infected carriers for quarantine or treatment. 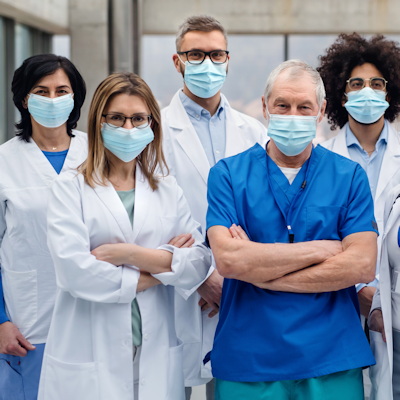 Are masks effective at preventing the spread of SARS-CoV-2?
Contradictory messages over the best methods to limit the spread of SARS‑CoV‑2 have been shared with the public in past months. This has prompted...
Copyright © 2020 scienceboard.net