July 24, 2018 -- The excitement surrounding the ability to measure genomic, epigenomic, transcriptomic, and metabolic status in individual cells is reflected in the high level of activity we’ve seen this past year. We at The Science Advisory Board are excited to share with our members some of the highlights we’ve observed within single-cell analysis this past year.

The National Institutes of Health announced it was seeking grant applications from small business for the development and validation of next-generation single-cell analysis technologies and tools The announced from the NIH stated: “Single cell analysis has recently become an active area of research to uncover fundamental biological principles behind cell diversity, which are often masked and not amenable to the population analysis of cells.” This generated more interest surrounding single-cell analysis research. 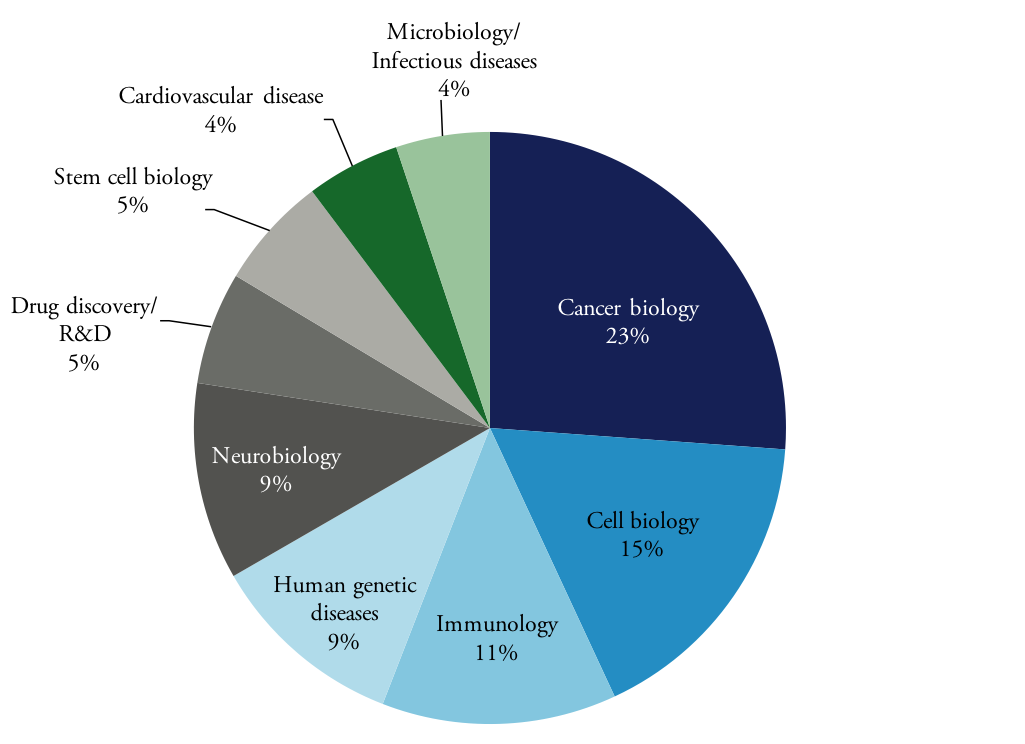 . RainDance is primarily known for its droplet-based technologies for dPCR but had been developing tools for single-cell analysis after withdrawing from a scheduled IPO in 2015 and subsequently restructuring.

The announced acquisition came less than a week after the launch of the Illumina Bio-Rad Single-Cell Sequencing Solution, announced during the J.P. Morgan Healthcare Conference in January. Designed to create a robust, scalable and user-friendly workflow, the system was co-developed by Bio-Rad with Illumina, leveraging Bio-Rad’s expertise in Droplet Digital technology paired with the Illumina SureCell WTA 3’ Library Prep Kit. Up to 4 biological samples can be processed in less than 5 minutes. The solution includes the ddSEQ Single-Cell Isolator, manufactured and shipped by Bio-Rad. The ddSEQ Single-Cell Isolator can encapsulate hundreds to thousands of cells per sample. Stable and uniform droplets are generated for robust cell lysis, combined with efficient barcoding and first strand cDNA synthesis. Second strand synthesis is performed, followed by library preparation without shearing or pre-amplification, using Illumina’s Nextera tagmentation technology. The total workflow from cell encapsulation to sequencing is about two working days. Prepared single-cell libraries can be loaded directly onto an Illumina MiSeq, NextSeq or HiSeq Series System for sequencing. Data analysis is streamlined and simplified using Illumina’s single-cell-analysis BaseSpace App. Combined, the two deals are clearly meant to strengthen Bio-Rad’s position in the high growth fields of single-cell analysis and liquid biopsy.

Takara Bio USA completed its acquisition of WaferGen Bio-systems. The synergies between WaferGen’s products for isolating and processing single cells and Takara Bio’s RNA-seq and T-Cell Receptor profiling technologies presents a host of new opportunities. In June Takara Bio USA partnered with FORMULATRIX a manufacturer of liquid handling solutions. The two companies generated a series of standard operating procedures that walk researchers through the steps necessary to miniaturize reaction volumes reverse transcription steps of single-cell sequencing workflows that can otherwise be quite costly. The SOPs describe how to prepare and combine reagents for high-throughput construction of SMART-Seq v4 cDNA libraries using the MANTIS Liquid Handler, a microfluidic liquid handler with a 6-µl dead volume, dispenses precious reverse transcription and library preparation reagents as low as 100 nl. 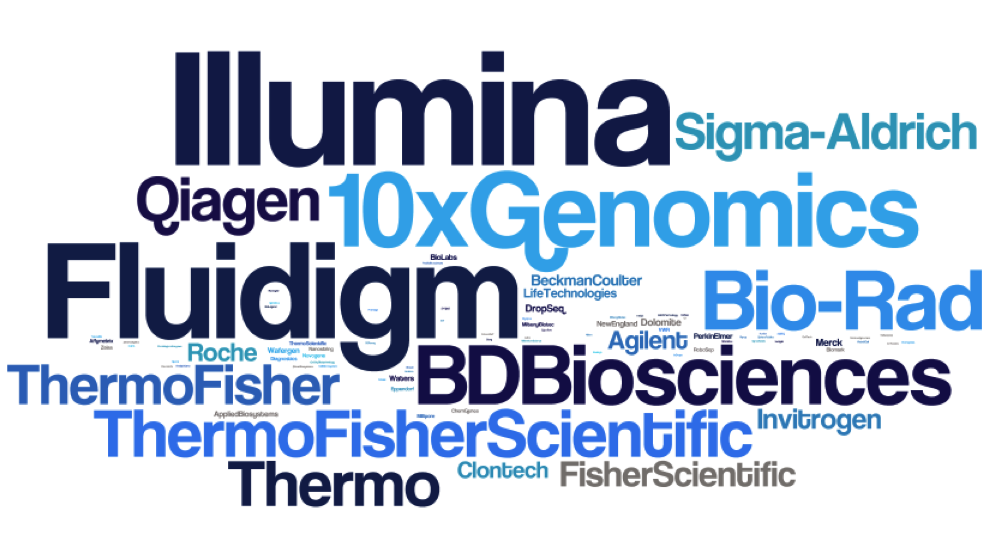 Just this past August Bio-Rad and Lawrence Livermore National Laboratory sued 10x Genomics for patent infringement. They claim 10x Genomics’ GemCode and Chromium Systems infringe on patents that Bio-Rad owns or exclusively licenses from LLNL related to forming droplet emulsions in microfluidic chips. The lawsuit goes beyond just Bio-Rad’s ddPCR system and extends to applications that would benefit from droplet formation via microfluidics including single-cell analysis.

The suit came shortly after 10x Genomics launched the Chromium Single Cell V(D)J Solution for profiling full-length paired V(D)J transcripts from hundreds to millions of lymphocytes. This was the company’s second system for single-cell analysis. 10x chose this application because the ability to more completely identify and characterize T and B cells by single-cell sequencing will reveal the true clonality and diversity of the adaptive immune system. In turn, this lends insight into a wide range of applications, including the development of immuno-oncology drugs for targeted cancer therapy. The Chromium Single Cell V(D)J Solution workflow is fast: Cells are partitioned and barcoded in less than 7 minutes and the comprehensive solution also includes a complete software suite for the rapid analysis and visualization of large V(D)J datasets, designed for researchers without bioinformatics expertise.

BD Biosciences unveiled its BD Resolve Single-Cell Analysis platform, which was commercially released in early Fall 2017. The system is designed to enable single-cell gene expression analysis of hundreds to more than ten thousand cells, using an innovative cartridge design and patented Molecular Indexing technology acquired through the 2015 acquisition of Cellular Research. The technology isolates single cells and labels individual mRNA molecules prior to NGS readout, after which highly accurate gene expression results can be obtained. The system is expected to compete with the Illumina/Bio-Rad Single-Cell Sequencing Solution and Fluidigm’s C1 platform. Late last year, Fluidigm had released a new high-throughput integrated fluidic circuit for isolating single cells for mRNA sequencing analysis. The system can capture up to 800 medium-size (10–17 µm) cells using its C1 system.

Silicon Biosystems launched DEPArray NxT, the third version of its system for identification and isolation of rare single cells. Microfluidic channels sort cells based on dielectrophoretic force and bright field imaging enables cell identification. Cells are recovered in collection tubes. It allows recovery at 100% purity, according to the company. New features on the systems include a benchtop configuration, faster operation time and automated cell selection for FFPE samples. FFPE sample throughput is approximately 90 minutes.

This frenzy of market activity and its impact on single-cell analysis technology certainly makes it an exciting time to be a user for these instruments and techniques. What do you think? Let us know below in the comments!