October 2, 2019 -- Researchers at the National Institutes of Health (NIH) have developed a new and improved viral vector that is up to 10 times more efficient at incorporating corrective genes into bone marrow stem cells than conventional treatments. The work was published in Nature Communications on October 2, and was supported by the National Heart Lung, and Blood Institute (NHLBI) and the National Institute of Diabetes and Digestive and Kidney Diseases (NIDDK) at the NIH.

The research team reports a forward-oriented beta-globin-expressing vector with sixfold higher vector titers for long-term hematopoietic repopulating cells in humanized mice and rhesus macaques. This breakthrough in gene therapy could pave the way for more effective treatments for this painful, life-threatening blood disorder, which impacts over 100,000 people in the United States alone. Sickle cell disease is inherited and caused by a mutation in the beta-globin gene. This mutation produces misshaped cells that stick to the walls of blood vessels. 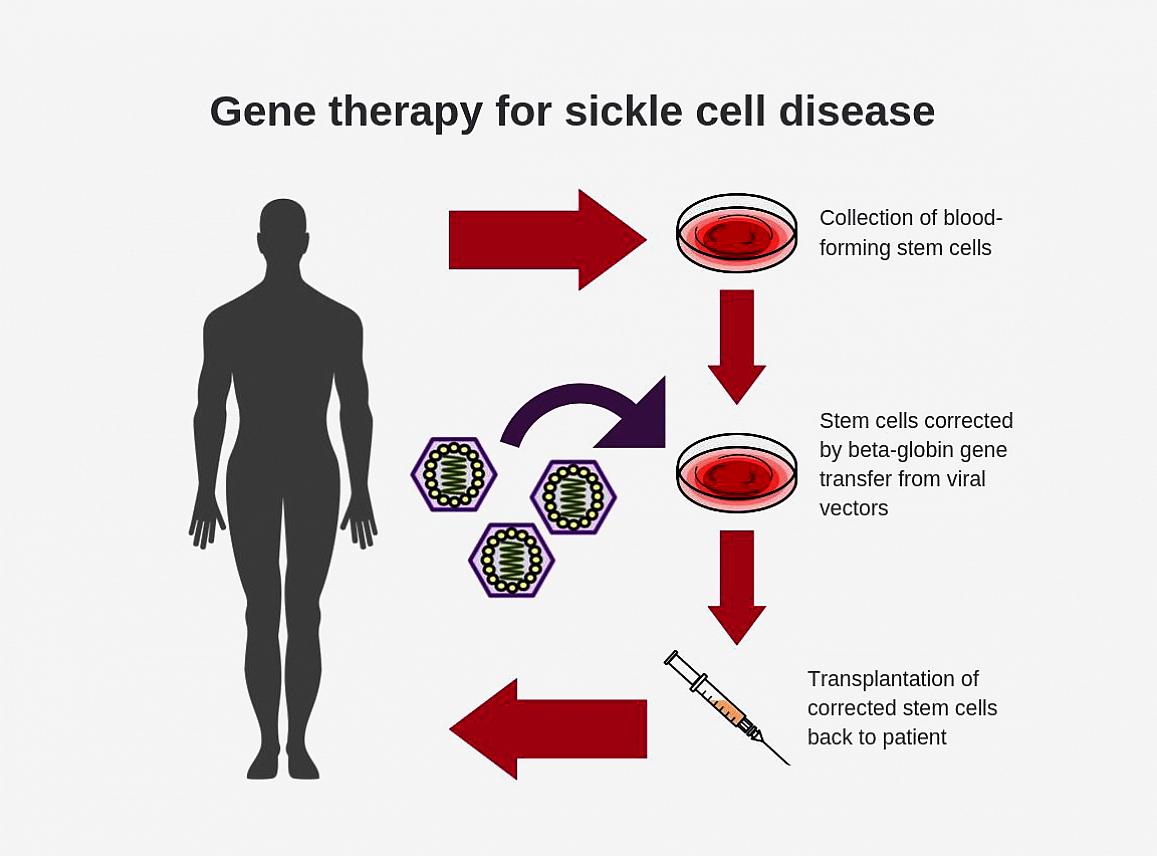 Researchers have found that virus-based gene therapy is an effective way to deliver therapeutic genes to stem cells in the body. For the past 30 years, scientists have been designing beta-globin vectors in a reverse structural orientation – genes are incorporated into the viral vector so that they are translated in a backward manner. This is intentionally designed to preserve the intron 2, which is required for beta-globin gene expression but gets clipped during "normal" translation. However, while this process may work, it is complicated and there is room for improvement for gene transfer efficiency.

"Our new vector is an important breakthrough in the field of gene therapy for sickle cell disease," said study senior author John Tisdale, MD, chief of the Cellular and Molecular Therapeutic Branch at the National Heart, Lung, and Blood Institute (NHLBI). "It's the new kid on the block and represents a substantial improvement in our ability to produce high capacity, high efficiency vectors for treating this devastating disorder."

The improved design keeps the intron 2 intact to create a new forward-oriented beta-globin vector. With this vector, the gene is read in normal order, making gene translation less complicated. To ensure that intron 2 remains intact, researchers inserted the Rev response element (RRE) along with other elements required for vector production into intron 2. The research team also proved that transduction efficiency (which is drastically enhanced with this new design) is important for improving gene therapies in hemoglobin disorders.

The new vectors also showed a capacity for longevity, remaining in place four years after transplantation. Researchers also found that they could be produced in much higher amounts than the conventional vectors, potentially saving time and lowering costs associated with large-scale vector production.

"Our lab has been working on improving beta-globin vectors for almost a decade... and finally decided to try something radically different—and it worked," Tisdale said. "These findings bring us closer to a curative gene therapy approach for hemoglobin disorders."


Do you have a unique perspective on your research related to virology or human diseases? The Science Advisory Board wants to highlight your research. Contact the editor today to learn more.