Should more COVID-19 research be based on mucosal immunity?

November 30, 2020 -- As most COVID-19 tests are based on nasal swabs or saliva samples that measure the amount of SARS-CoV-2 virus in the mouth or nose, it is important to understand how immunity to the virus develops in these mucous membranes. In a perspective article published in Frontiers in Immunology on November 30, researchers warned that the large mucosal immune system has been understudied during the pandemic.

The mucosal immune system is the largest component of the entire immune system that can provide protection at the main site of infection, the mucosa. In fact, secretory immunoglobulin A (SIgA) is produced in quantities that well exceed all other immunoglobulin isotypes combined. SIgA antibodies are produced by IgA antibody-secreting cells in circulation (B cells) at induced mucosal sites. In SARS-CoV-2, which infects the upper respiratory tract, the first interactions of the virus with the host immune system are with the respiratory mucosal surfaces.

Although this is a critical aspect of viral infection, most COVID-19 studies have focused exclusively on serum antibodies and system cell-mediated immunity. Researchers from the University at Buffalo suggested that more research should focus on investigating and comprehending the effect of mucosal immune responses in the development of adaptive immunity during COVID-19 disease. The differences in antibody and cellular responses of the mucosal immune system may provide insight in clinical outcomes of infected children compared to symptomatic or asymptomatic adults.

"We think it is a serious omission to ignore the mucosal immune response to SARS-CoV-2, given its initial sites of infection," said Michael Russell, PhD, senior author and emeritus professor of the department of microbiology and immunology in the Jacobs School of Medicine and Biomedical Sciences at the University at Buffalo, in a statement. "Clearly the response of the systemic immunoglobulin G antibody [the most abundant circulating antibody] is important -- we do not deny that -- but on its own it is insufficient."

Russell noted that at first COVID-19 research was focused on cases of severe disease, when the virus descends into the lower respiratory tract, specifically the lungs, where cellular immune responses exacerbate inflammation rather than fight infection. However, since the upper respiratory tract, including the nose, tonsils and adenoids are the initial point of SARS-CoV-2 infection, the immune responses that are triggered there are of special interest.

"Given that many infected people remain asymptomatic, and that a large number of those who develop symptoms suffer only mild to moderate disease, this suggests that something, somewhere, does a fairly good job of controlling the virus," Russell said. "Could it be that this is due to early mucosal immune responses that succeed in containing and eliminating the infection before it becomes serious? We will not know unless these questions are addressed."

As a respiratory virus, SARS-CoV-2 encounters a SIgA-dominant environment in the nasal passages and as it descends towards to lower respiratory tract. It is here that SIgA antibodies are known to be effective against various pathogens, including viruses by mechanisms of neutralization, inhibition of adherence to and invasion of epithelial cells, and facilitation of removal in the mucus stream. Importantly, SIgA is mostly noninflammatory in its mode of action.

However, once the virus reaches the terminal airways and alveoli in the lungs, the environment becomes dominated by IgG derived from circulation. The authors urged that more research should focus on determining the nature of mucosal SIgA antibody responses over the course of SARS-CoV-2 infection, including asymptomatic or presymptomatic infection, and mild and moderate cases.

The authors pointed out that mucosal SIgA levels rise rapidly in infants and reach adult levels early in childhood compared to serum IgA levels, which mature much more slowly and may not attain full adult levels until adolescence. Therefore, mucosal immune responses may vary depending on different age groups and populations.

Will nasal-based vaccines be effective?

The authors noted that most vaccine development efforts against COVID-19 focus on systemic injection, which induces circulatory IgG antibodies and, potentially, cytotoxic T cells. They suggested that these routes are not effective at generating mucosal immune responses. Neutralizing antibodies can only be effective if they can reach mucosal surfaces where the virus is present.

Alternatively, "The potential advantage of a mucosal vaccine - especially one that is intranasal - is that it should induce immune responses, including SIgA antibodies, in the mucosal tracts, in this case especially the upper respiratory tract, where the coronavirus makes first contact," explained Russell.

The authors suggested that molecular studies on IgA antibodies and their relationship to the disease stage of COVID-19 and characterizing cells that secrete IgA antibodies and other mucosal immune cells would be instructive for the development of vaccines.

"As mucosal immunologists with several decades of experience behind us, we have been perturbed at the lack of attention to this, and we hope to draw attention to this glaring omission," Russell concluded. "After all, the mucosal immune system is by far the largest component of the entire immune system, and it has evolved to protect the mucosal surfaces where the great majority of infections arise."

Do you have a unique perspective on your research related to immunology or infectious disease research? Contact the editor today to learn more.

Different immune response helps kids clear SARS-CoV-2 quickly
Why does the SARS-CoV-2 virus seem to have less of an impact on children than adults? A new study published November 5 in Nature Immunology investigates... 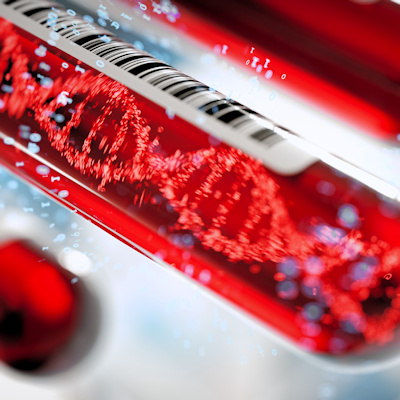 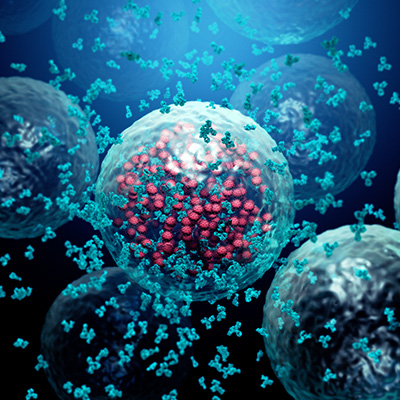