August 5, 2019 -- A new software developed by researchers at the Max Delbrück Center for Molecular Medicine (MDC) uses algorithms to reconstruct and scale data acquired by light-sheet microscopy that renders a supercomputer unnecessary. Light microscopy techniques provide extremely detailed information but result in terabytes of data which is nearly impossible for scientists to process. MDC researchers are helping make sense of this data.

The research was presented in Nature Methods on August 5, 2019. Lead scientist Dr. Stephan Preibisch and his team try to order the chaos of terabytes of data by creating a kind of 3D Google Maps for organs. The resulting software, BigSticher, was developed as a collaboration between scientists in Germany, the United Kingdom and the United States.

Light sheet fluorescence microscopy: a fluorescence microscopy technique with intermediate-to-high optical resolution in which a thin slice of sample is illuminated perpendicularly to the direction of observation. The laser used for illumination is a laser light sheet which is just a laser beam focused on in one direction. The lightsheet is created in the focal region and is used to excite fluorescence of the sample. The fluorescence light emitted from the lightsheet is then collected perpendicularly with a standard microscope objective and projected onto an imaging sensor This technique is used frequently in cell biology as it can be used to view intact, chemically cleared cells (i.e. organs, embryos).

Using this technology, scientists can reconstruct a sample to get an overview or zoom into individual structures in high resolution. It is possible to view a sample from any angle, a new feature of the software. This is important because there are no clearing techniques that allows for 100% transparency, so being able to rotate and view samples from different directions allows researchers to gain insights that they have previously never been able to achieve. The technology makes it possible to systematically characterize differences at the single-cell level between normal and genetically modified animal models to draw conclusions about potential behavioral changes. 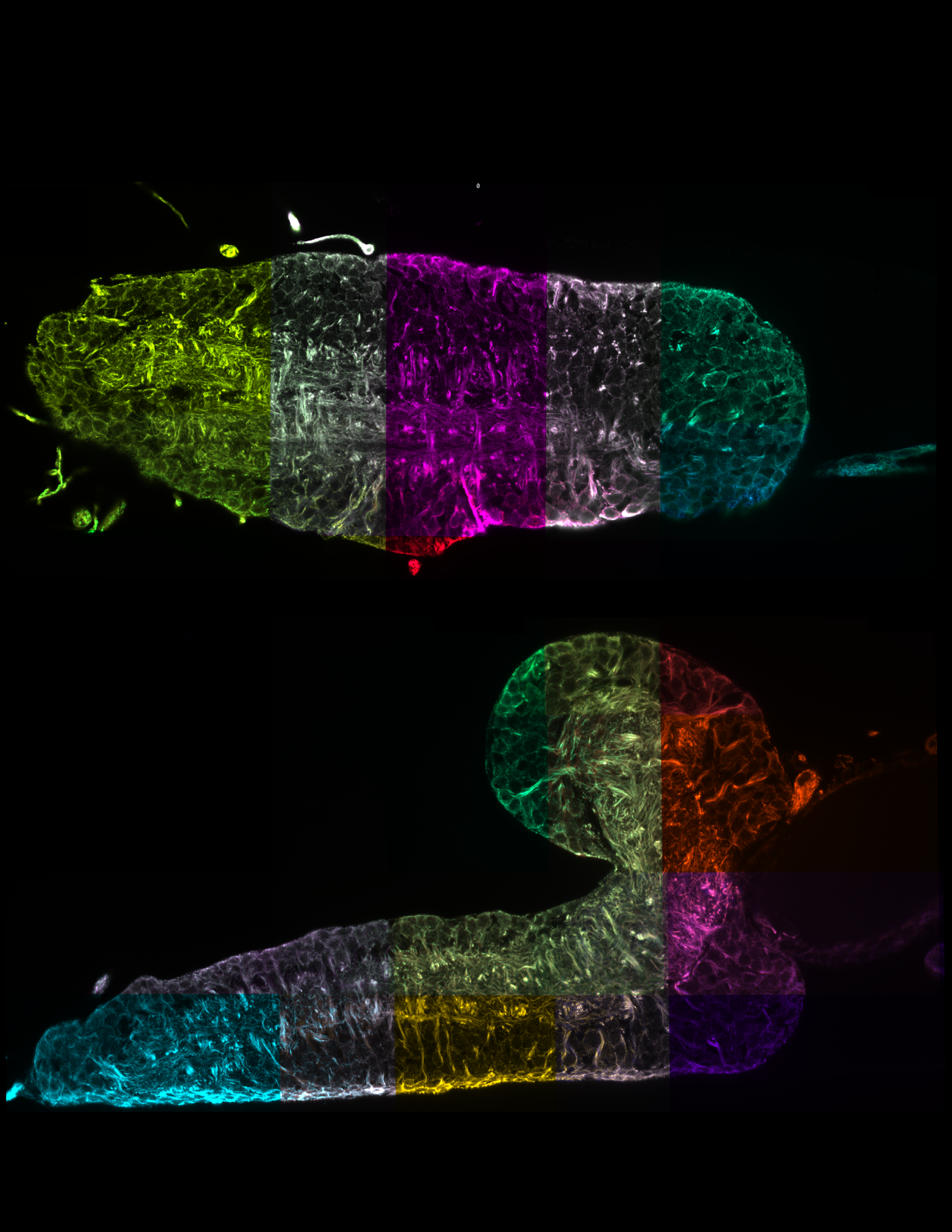 Tissue Clearing: a technique that makes tissues optically transparent which allows for preservation of internal structures while remaining permeable to macromolecules. The goal of tissue clearing techniques is to homogenize the refractive index of a sample by removing, replacing and modifying some of its components.

CLARITY is the most well-known sample clearing technique, which creates a permeable hydrogel-hybridized form of any sample that can go through immunostaining and 3D imaging without damaging samples.

Expansion microscopy: a technique for imaging biological specimens with fine detail by physically making them bigger through isotropic chemical expansion process that preserves nanoscale detail. This technique introduces a polymer network using a series of chemical reactions to increase the size of biological structures. Samples can now be expanded up to 16x their initial size.

Expansion microscopy was first proposed in 2015 by Edward Boyden and researchers at MIT and published in Science. Their goal was to determine molecular changes within the brain that lead to neurological disorders and diseases. Since then, the technique has been used on a variety of tissue samples and organs.

Tissue clearing, expansion microscopy, and light sheet microscopy techniques are frequently be used together by scientists today to provide extremely detailed data and now BigStitcher provides a way for researchers to gain valuable clues that will revolutionize our understanding of how cells function. The program is distributed within the Fiji framework, where any interested scientist can download and use the plug-in free of charge.


Do you have a unique prospective on your research related to Microscopy and Neuroscience. The Science Advisory Board wants to highlight your research? Contact the editor today to learn more.