January 21, 2020 -- Scientists may have found a new way to starve cancer cells by learning from growth regulation mechanisms employed by yeast. They found that the same metabolic mechanism used by yeast to respond to nutrient shortages is also employed by mammalian cells -- a finding that could lead to new cancer therapies, according to a new study published in Nature Metabolism on January 20.

A research team from Flinders University and St. Vincent's Institute of Medical Research in Australia investigated the link between metabolic systems, which are critical for the regulation of cell growth and proliferation. The team studied AMP-activated protein kinase (AMPK), which regulates cellular energy, and mammalian target of rapamycin (mTOR), which regulates cell growth through nutrient sensing. The dysregulation of these pathways is implicated in the pathogenesis of cancer, type 2 diabetes, and other human diseases.

"What is fascinating about this yeast is that it became evolutionarily distinct about 350 million years ago, so you could argue the discovery, that we subsequently confirmed occurs in mammals, is at least as ancient as that," said Jonathon Oakhill, PhD, an associate professor and the head of the Metabolic Signaling Laboratory at St Vincent's Institute.

The scientists generated yeast knock-in strains containing mutations to explore the effect of phosphorylation on highly conserved residues. They found that that mTOR complex 1 (mTORC1) directly downregulates AMPK signaling by phosphorylating the evolutionarily conserved residue S367 in the Ssp2, AMPK catalytic subunit, of fission yeast and in the AMPK α1 S347 and α2 S345 in the mammalian homologs.

"We have known for about 15 years that AMPK can 'put the brakes on' mTORC1, preventing cell proliferation," said Oakhill. "However, it was at this point that we discovered a mechanism whereby mTORC1 can reciprocally also inhibit AMPK and keep it in a suppressed state."

The yeast cells "became highly sensitive to nutrient shortages when we disrupted the ability of mTORC1 to inhibit AMPK," noted Janni Peterson, PhD, a professor from Flinders Centre for Innovation in Cancer. "The cells also divided at a smaller size, indicating disruption of normal cell growth regulation." 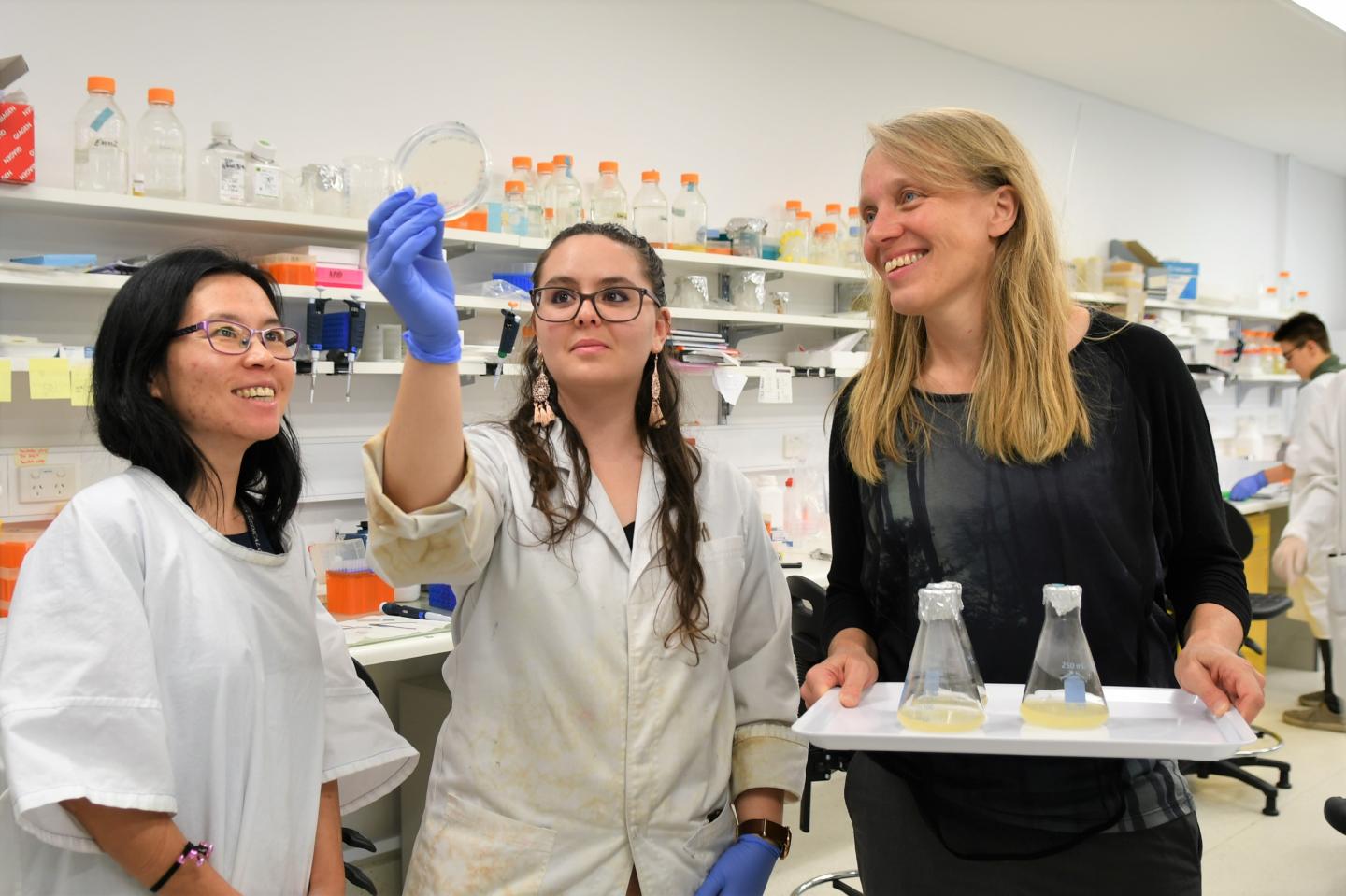 The researchers measured cancer growth rates in mammalian cells via α2 phosphorylation at S345 in the regulation of cell proliferation under nutrient stress. They achieved this by removing amino acids and energy (glucose) to mimic conditions in the tumor microenvironment.

"Surprisingly, we found that these combined stresses actually increased growth rates, which we determined was due to the cells entering a rogue 'survival' mode," said Peterson. "When in this mode, they feed upon themselves so that even in the absence of appropriate nutrients the cells continue to grow. Importantly, this transition to survival mode was lost when we again removed the ability of mTORC1 to inhibit AMPK."

The findings of this study may provide a new opportunity for researchers to explore the effect of treating cancer through suppression of cell proliferation within nutrient-poor tumor microenvironments.

If you like this content, please share it with a colleague!
Related Reading
Bacterial evolution reveals method to fight antibacterial resistance
Different types of bacteria have evolved to develop unique mechanisms for achieving the same antibacterial function -- a finding that could lead to new...
Leveraging new technologies to push the boundaries of our knowledge of cell biology
At the American Society of Cell Biology, European Molecular Biology Organization Joint Meeting in Washington, DC from December 7-11, emerging topics and...
New insights into why tumor suppressor proteins go awry in cancer
Researchers from Stowers Institute for Medical Research in Kansas City, MO have identified proteins that are involved in tumor growth and metastasis in...
Copyright © 2020 scienceboard.net