Typically, the flash chromatography system includes plastic columns or cartridges filled with a solid support, such as a silica gel. The sample to be separated is loaded on top of the silica, and the column is loaded with solvent. Both gradient and isocratic elutions can be streamed through the column using solvent pumps. In gradient elution, the eluent concentration is increased, leading to a faster elution of the components with a high affinity for the stationary phase. When the mobile phase is unchanged throughout, the elution is isocratic. 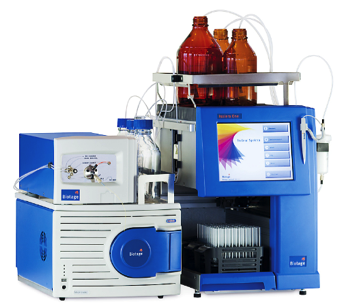 The pressures used in flash chromatography are generally lower than those used in HPLC (200 psi as an upper limit is typical on flash systems) and solvent flow rates are typically much higher, with 200 ml/min as a typical upper limit. This combination of lower pressures and high flow rates makes flash a medium to low-pressure separation technique, suitable for mg to several hundreds of grams of material. Systems are generally equipped with UV/Vis, ELSD, and/or mass selective detectors, with combinations of UV/Vis and other detectors being common. The most common applications of flash chromatography are in the pharmaceutical industry, where the technology is used for peptide and antibiotic purification, drug discovery, sample clean up, early-stage drug discovery, natural product analysis, and protein analysis.

Flash columns are usually packed with silica adsorbents with a selected particle size, typically between 40-63 μm. Smaller particles are becoming increasingly common, due to increased use of low viscosity mobile phases. The finer the particles, the higher the resolution will be. Normal phase chromatography or reversed phase can be used, where normal phase includes a polar stationary phase with a non-polar mobile phase and reversed phase contains a polar mobile phase with a hydrophobic stationary phase. 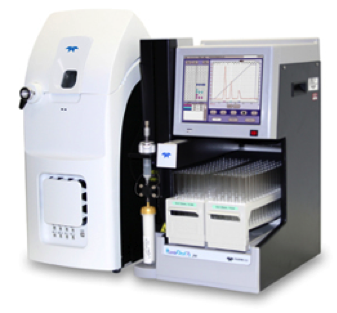 Traditionally, flash chromatography columns were self-packed and had glass bodies, but with the increased availability of plastic ware and pre-packed plastic cartridges, glass is falling out of favor. These cartridges are available with a wide variety of stationary phases and in different size formats so that large-scale purifications can be done on a single disposable unit.