January 15, 2020 -- Previously considered a waste product of metabolism, lactate may play a crucial role in cancer growth, according to a study published in Frontiers in Oncology on January 14. Researchers from the University of Colorado Anschutz Medical Campus explored how lactate affects transcription of oncogenes in breast cancer cells.

This process, called the Warburg effect, named after Nobel laureate Otto Warburg, who discovered the phenomenon. It occurs in tumor cells when glucose uptake is increased and lactate is produced even in the absence of oxygen and fully functioning mitochondria (requirements for oxidative phosphorylation, a more efficient process). 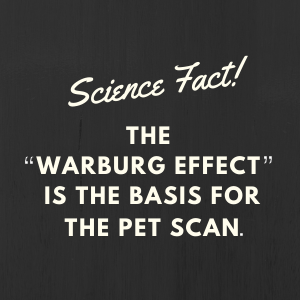 However, the exact nature of the Warburg effect in cancer metabolism remains a mystery. In 2017, the author of the current study, Iñigo San Millán, PhD, an assistant professor of medicine at the University of Colorado School of Medicine and the University of Colorado Colorado Springs, proposed the lactagenesis hypothesis, which suggests that the predominant role of lactate in cancer is to fuel both cancer biomass growth and carcinogenic signaling. Specifically, lactate is used for angiogenesis, immune escape, cell migration, metastasis, and self-sufficient metabolism.

The results of the cell studies revealed that lactate increased expression of the oncogenes between 150% and 800%. Moreover, the results show that lactate can be produced in the presence of oxygen, and it does alter the transcription of oncogenes. Lactate was a regulator of cyclin-dependent kinases, which are overexpressed in the presence of lactate and cause dysfunctional cell cycle, leading to carcinogenesis.

"We discovered that lactate is a catalyst that triggers a mechanism in mutated cells necessary to continue the cancer-forming process," San Millán said. "This opens a new door to better understand cancer at the metabolic level. It also means we might be able to target lactate with new therapies."

The researchers are exploring the reproducibility of their theory in other cancers like small-cell lung cancer and are finding similar results.

As one way of limiting the carcinogenic effect of lactate, San Millán and his team are exploring exercise. Muscle tissue is resistant to carcinogenesis, as lactate is cleared from muscle fibers during and after exercise. Alternatively, lactate produced in cancer is not rapidly cleared and is highly concentrated in the cancer microenvironment. Therefore, personalized exercise programs may have the potential to help prevent and treat cancer.

"Lactate, which used to be considered a waste product, turns out to be a major signaling molecule and a major regulator of the genes involved in cancer," San Millán said. "This is not the same behavior of lactate we get from doing exercise because that is quickly removed by the muscles and has positive signaling properties to improve physical fitness. The lactate produced in cancer stays put, is constantly being produced, and acts as a catalyst to activate mutated genes into cancer. We still don't know these mechanisms, but we are investigating them now."

This treatment option would require extremely targeted therapies, and the team is beginning to test potential lactate blockers in mice.

"If we can effectively target lactate," San Millán said, "we could possibly be taking a great step toward ending cancer."

If you like this content, please share it with a colleague!
Related Reading
New insights into why tumor suppressor proteins go awry in cancer
Researchers from Stowers Institute for Medical Research in Kansas City, MO have identified proteins that are involved in tumor growth and metastasis in...
Germline genetic testing in breast cancer patients may lead to increased therapy options
Genetic testing for metastatic breast cancer patients may play a key role in identifying additional patients with increased risk and their response to...
Oncogene identified as a therapeutic target for liver cancer
The function of an enzyme that is highly expressed in many cancers has been revealed to regulate key pathways in cancer metabolic adaptation. Researchers...
Copyright © 2020 scienceboard.net