December 20, 2019 -- Researchers from the Wellcome Sanger Institute and the Broad Institute of MIT and Harvard, published results of a study in Nature Communications on December 20, which compares consistency among the two largest genetic screen databases of cancer cells lines. The combined data set will help speed the discovery and development of new cancer therapies.

CRISPR-Cas9 based gene-dependency screening studies in cancer cell lines can be used to identify and prioritize new cancer therapeutics. The researchers set out to validate two of the largest CRISPR-Cas9 genetic screens in 725 cancer models, across 25 different cancer types. The integration of this screen of cancer cell lines will provide the basis for the Cancer Dependency Map (Cancer DepMap) in around 1,000 cancer models. 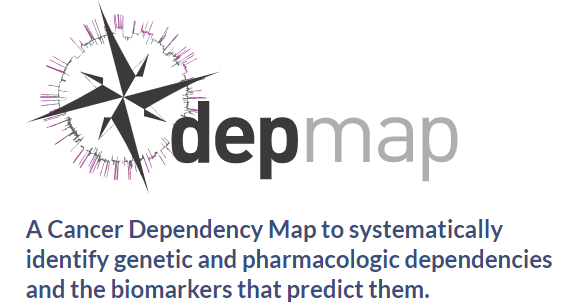 The Cancer DepMap initiative aims to create a detailed rulebook of precision cancer treatments for patients. Key elements of the database are maps of genes that are critical for the survival of cancer cells and analytics for models in the database. Cancer DepMap researchers explore which genes are viable drug targets by creating cell lines from tumor cells and using CRISPR-Cas9 technology to modify cancer genes systematically.

In the current analysis, researchers sought to use computational strategies to assess concordance of data sets and the analytical outcomes they yield individually. The two data sets varied greatly in terms of experimental protocols. However, they found that the results were remarkably consistent with one another suggesting that the same genes essential to cancer survival, known as dependencies, were identified in both datasets.

The team did identify some disagreement across the data sets due to batch effects as a result of guide RNA library and duration of screen. The researchers suggest that the effects can easily be corrected for with standard methodology. Therefore, identifying high-efficacy reagents and choosing the appropriate screen duration should be a high priority when designing future CRISPR-Cas9 knock-out experiments.

"The Sanger and Broad Institute CRISPR-Cas9 screens were created using slightly different protocols, such as cell growth duration and reagents used," said Clare Pacini, a first author of the study from the Wellcome Sanger Institute and Open Targets. "To verify each Institute's dataset, we have repeated CRISPR-Cas9 screens using the protocols originally employed at the other Institute. Importantly, we have found the same genetic dependencies in each, meaning the new drug targets originally identified are consistent."

This study validates the reproducibility of CRISPR-Cas9 genetic screens for cancer models. It effectively sets new standards for assessing new types of data by facilitating the comparison and integration of large databases of cancer dependencies.

"It is worth remembering that when these datasets were originally produced we were dealing with a new, unproven technology," said Dr Francesco Iorio, of the Wellcome Sanger Institute and Open Targets. "This study is important because it demonstrates the validity of the experimental methods and the consistency of the data that they produce. It also means that two large cancer dependency datasets are compatible. By joining them together, we will have access to much greater statistical power to narrow down the list of targets for the next generation of cancer treatments."

"This is the first analysis of its kind and is really important for the whole cancer research community," explains Aviad Tsherniak, of the Broad Institute of MIT and Harvard. "Not only have we reproduced common and specific dependencies across the two datasets, but we have taken biomarkers of gene dependency found in one dataset and recovered them in the other. Our analysis has been unbiased, rigorous and proves the veracity of the approach and the drug targets identified."


Do you have a unique perspective on your research related to genetics and/or cancer biology? Contact the editor today to learn more.

If you like this content, please share it with a colleague!
Related Reading
Cryo-EM microscopy tool gets an atomic resolution look at "upgraded" CRISPR system
Researchers from Columbia University capture de novo images that reveal unexpected presence transposition proteins that are essential for interactions...
New CRISPR system efficiently battles antibiotic resistance
Researchers from the University of California San Diego have developed a brand new CRISPR-based gene-drive system that dramatically increases the efficiency...
In vitro CRISPR system allows scientists to detect broad outcomes
As CRISPR technology advances, it is crucial to identify all unintended and potentially harmful changes introduced by gene-editing processes. A new study...
Copyright © 2019 scienceboard.net