September 22, 2021 -- A team of scientists has released BioDynaMo, an open-source simulation platform for the life sciences. The new computational tool can perform complex simulations of biological processes in fields such as neuroscience, oncology, and epidemiology. The software was detailed in a paper published on September 16 in Bioinformatics.

In silico simulation has a long history in the life sciences. It offers an inexpensive and efficient way to rapidly test hypotheses about the growth, development, and pathology of complex biological entities such as cellular populations, tissues, organs, or even entire organisms.

The BioDynaMo software platform follows the tradition of agent-based simulation (ABS), in which a system is modeled as a collection of autonomous rule-following entities called agents. An ABS simulates the actions and interactions of these autonomous agents to understand the behavior and outcomes of systems that are too complex to simulate directly with a single, centralized set of rules.

In the study, a team of researchers (as part of a consortium), led by Roman Bauer, PhD, a professor at the University of Surrey and co-founder of the BioDynaMo initiative, demonstrated how BioDynaMo can be used to implement sophisticated simulations in three different fields: neuroscience, oncology, and epidemiology.

In the neuroscience use case, BioDynaMo was used to model neurite growth of pyramidal cells using chemical cues. The model started with 5,000 initial pyramidal cells composed of a cell body, three basal dendrites, and one apical dendrite that were modeled as separate agents. Dendritic development was dictated by rules defining growth direction, speed, and branching behavior for the apical and basal dendrites.

In the oncology use case, BioDynaMo modeled a tumor spheroid to replicate a series of in vitro experiments in silico. The simulation replicated the in vitro growth of the tumor cell culture embedded in an extracellular matrix by reproducing all the required cellular mechanisms, including cell growth, duplication, migration, and apoptosis.

In the epidemiology use case, BioDynaMo was used to model the spread of two infectious diseases with different characteristics: measles and seasonal influenza. The ABS simulated each person in the population as an autonomous agent moving randomly in space following rule-based behaviors. Susceptible agents became infected with a specific probability if an infected agent moved within a specified infection radius.

In each use case, the simulation was scaled to more than 1 billion agents to demonstrate BioDynaMo's performance under a heavy computational load.

A speedier ABS than other systems

BioDynaMo is unique among ABS systems because it can take advantage of modern hardware, which allows it to achieve unprecedented speed, according to the paper. The platform utilizes multicore central processing units and can offload computing to hardware accelerators, such as a graphical processing unit.

"Our performance results show that BioDynaMo performs up to three orders of magnitude faster than the state-of-the-art baselines," the authors wrote. "This improvement makes it feasible to simulate each use case with 1 billion agents on a single server, showcasing the potential BioDynaMo has for computational biology research."

BioDynaMo performs up to 945 times faster in comparisons to other current baselines such as NetLogo, a multiagent programmable modeling environment that has not been parallelized to the extent of BioDynaMo, according to the authors.

A second feature that distinguishes BioDynaMo from other ABS simulation systems is its extensible, modular design, which makes it a general purpose tool for agent-based simulation across multiple life science disciplines. "Existing ABS platforms have often been developed with a specific use case in mind," the paper states. "This makes it challenging to implement the desired model, even if it deviates only slightly from its original purpose." Future life sciences advances will depend on this kind of large-scale ABS software to investigate complex diseases, according to Bauer.

"I believe that if we are ever to tackle highly complex health issues such as Alzheimer's, computer simulation tools like BioDynaMo will be critical for scientists moving forward," Bauer said in a statement. "It will help biomedical research become a truly interdisciplinary field of the 21st century."

The BioDynaMo consortium includes the University of Surrey, the European Council for Nuclear Research, the University of Cyprus, the GSI Helmholtz Centre in Germany, the SCImPulse Foundation in the Netherlands, and Immunobrain Checkpoint. 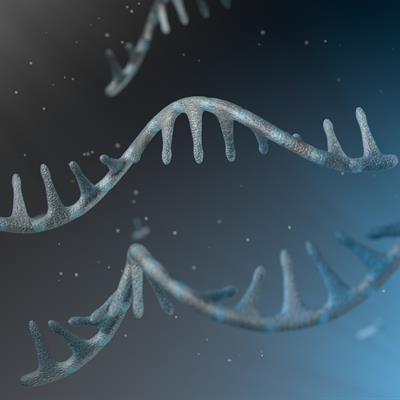