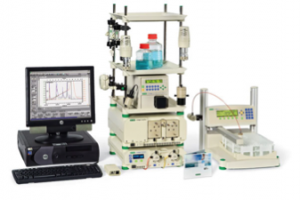 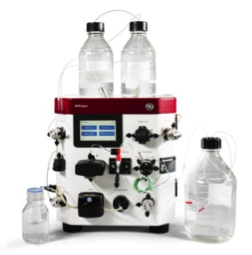 LPLC is not only differentiated from HPLC by the upper limit of applied pressure, but also by the type of hardware employed. HPLC pumps are capable of generating up to 18,000 psi at low flow rates and generally employing columns with sub-2 to 5um particles, while LPLC pumps typically operate at pressures below 300 psi to drive the mobile phase through 63–200um particle columns. Flash columns generally employ 40–63um particle columns.

Another distinguishing feature of LPLC relates to its applications. LPLC is used most frequently in the study of biomolecules such as proteins and monoclonal antibodies. Due to the fragile nature of biomolecules, LPLC is a useful option because it is a predominantly non-destructive, preparative technique in contrast to HPLC. Typically, LPLC allows for preservation of the sample for further studies. It is important to note other advantages of LPLC include its simple design and siphon strength. A simple system can be easier to use and maintain, while a low-pressure pump is capable of drawing up liquid to great heights as compared to the low siphon strength in higher-pressure systems. Ultimately, instrumentation requirements for LPLC are modest, consisting of simple detectors, low-pressure pumps, sampling systems and fraction collectors.

Which technique do you employ, HPLC or LPLC? Start the discussion below! 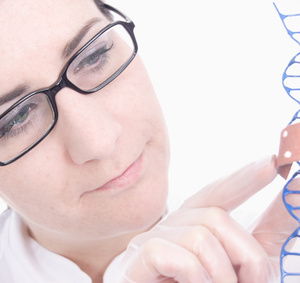 New Research Products Abound in the First Half of 2018
We’re approximately half way through 2018, and the members of The Science Advisory Board continue to help drive innovation by sharing their opinions on...
Copyright © 2018 scienceboard.net