When using MALD-TOF, samples are mixed together with a matrix solution containing solvents and a matrix compound that has strong optical absorption in the UV or IR range. Many devices use a nitrogen UV laser at 337nm to generate ions from large molecule samples such as proteins, peptides, and sugars. Once the samples are mixed with the solvent they are allowed to dry and recrystallize on a specialized MALDI plate. The plates are typically made of stainless steel and may contain a coating. The plate is then introduced into a high vacuum environment, where ionization of the matrix and sample on the plate will occur. The laser is fired at the plate, and the matrix absorbs energy, leading to a series of ionization events. The ionized matrix can then transfer ions to the sample. The firing of the laser also leads to desorption of sample and matrix from the plate, and ionized particles in the vapor phase are injected into the mass analyzer.

The analyzer component of a MALDI-TOF instrument is the time-of-flight tube. The instrument is equipped with an “ion mirror” that enhances resolution by doubling the ion flight path. Since TOF instruments operate in a pulsed mode, rather than continuous, all ions with different masses are accelerated to the same kinetic energy and are pulsed into the field-region of the flight tube. When leaving the acceleration region, the ions move down the field and their velocities are inversely proportional to the square roots of their masses; lighter ions will have higher velocities and arrive before the heavier ions.

The most basic arrangement of a MALDI-TOF system consists of a single, unidirectional flight tube, and are referred to as linear instruments. These linear instruments are now increasingly being used for clinical diagnostics, such as pathogen identification, which has massively increased their popularity. Reflectron-MALDI-TOF instruments use a reflectron to reflect ions back toward a detector that is close to the inlet of the flight tube. This doubles the length of the flight path, increasing performance while maintaining a smaller system footprint. Tandem MALDI-TOF instruments include both TOF/TOF and quadrupole-TOF (Q-TOF) configured systems, which provide MS/MS and MSn capabilities, respectively. 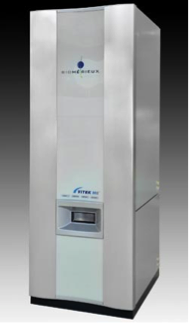 A popular use of MALDI-TOF is peptide mass fingerprinting, or protein fingerprinting. In this application, the unknown protein will be cleaved by a proteolytic enzyme to produce peptides. The masses of the peptides will be measured with the MALDI-TOF. From here, the resultant masses will be evaluated against a peptide mass-fingerprinting database. The foundation of this technique is that each protein will contain unique peptides with unique masses. This technique is advantageous so long as the protein sequences and peptides are present in the database.

We are nearing the end of our mass spec series, but be on the lookout for our next on atomic spectroscopy!