October 27, 2021 -- Scientists have determined the mechanism by which the immune system defends against pathogens using the molecule nitric oxide (NO), which occurs naturally in the human body, according to a paper published on October 22 in Immunity. The findings may lead to new therapies for inflammatory conditions or infectious diseases.

Nitric oxide, which is produced by inducible NO synthase (iNOS), is a key effector molecule for the defense against intracellular pathogens. It performs various regulatory functions throughout the human body, including modulating T cells during immune responses and dampening the recruitment of inflammatory cells. 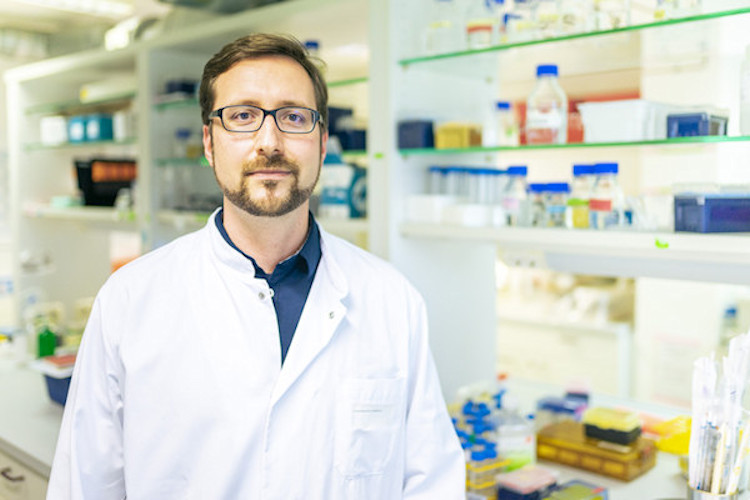 In the study, the researchers, led by Andreas Müller, PhD, of the Institute of Molecular and Clinical Immunology at the University Medical Center Magdeburg in Germany, set out to understand more precisely the direct and indirect mechanisms by which NO combats intracellular parasites, which are microparasites that can grow and reproduce inside the cells of a host.

As a target, the research team chose Leishmania major, an intracellular protozoan parasite that causes the tropical disease leishmaniasis. Leishmaniasis, which has so far proved difficult to treat, is spread by the bite of phlebotomine sand flies and is endemic to the tropics, subtropics, and southern Europe.

The researchers injected mice with L. major under low-dose and high-dose conditions to determine how NO affects both the physiology of the parasite and the inflammatory environment of the infection site. The researchers employed both normal mice and Rag1−/− mice, which are devoid of an adaptive immune response against L. major and hence do not generate iNOS activity.

By combining mathematical modeling with in vivo observation of the infected mice by intravital 2-photon fluorescent protein biosensors, the scientists were able to track the growth rate and viability of the pathogens over the course of infection using the data on pathogen viability and proliferation obtained from the intravital 2-photon microscopy to test and refine the predictions of mathematical models the team had constructed of how the immune system works.

The results showed that reduced proliferation of L. major was not mainly a result of NO killing the pathogen directly, which occurs only during the peak of the immune response, but rather the indirect effect of NO reducing the availability of proliferation-permissive host cells throughout the infection.

"NO has two very different effects during an infection," Müller said. "On the one hand, it can directly destroy pathogens that have been taken up by phagocytes. On the other hand, above a certain concentration, NO prevents the recruitment of further phagocytes to the site of infection, thus preventing unnecessary tissue damage that would be caused by an excessive immune response."

The benefits of direct killing of L. major are obvious but turned out to be overrated. More critical is NO's indirect mechanism of preventing the pathogen from proliferating by limiting its access to the monocyte-derived phagocytes that it can hijack as a niche for replication.

The parasite's trick of hijacking phagocytes as permissive host cells evolved because "low-level persistent infections increase a pathogen's chances of transmission, and many pathogens have evolved strategies to prolong their survival within host phagocytes without overt pathology," the authors observed.

"NO is much more effective at preventing the phagocytes in which Leishmania major can proliferate from reaching the site of infection," Müller said. "Because NO inhibits the recruitment of these phagocytes, it deprives the pathogen of the basis for multiplication."

"Modeling combined with in vivo analyses that include the interplay of pathogen density and iNOS with the activation and balance of distinct T cell effector functions will be instrumental to dissect the induction, execution, and contraction of immune responses against intracellular pathogens," they wrote.